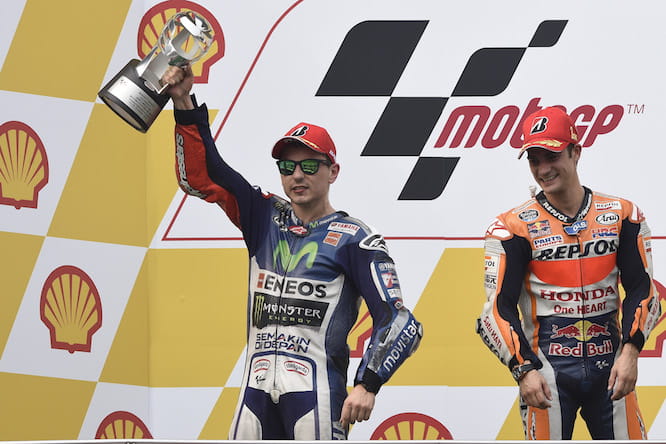 Jorge Lorenzo has apologised for the thumbs down gesture he directed at Valentino Rossi on the podium in Sepang two weeks ago.

The gesture came after an incident involving Rossi and Marc Marquez, where the Italian appeared to intentionally run Marquez wide resulting in the Spaniard crashing out of the race.

As Rossi was handed his trophy for finishing third, Lorenzo, who took second, raised his hand in a ‘thumbs down’ gesture and has come under fire from fans ever since.

“To be honest I arrived here just thinking about the weekend, which is very important for me,” Lorenzo told journalists in Valencia. “I want to not speak about anything else apart from what can happen in the future on the track.

“I just want to say it was a mistake the gesture I made on the podium; I regret that and I want to say sorry for that and especially to the people who watch this on the television. 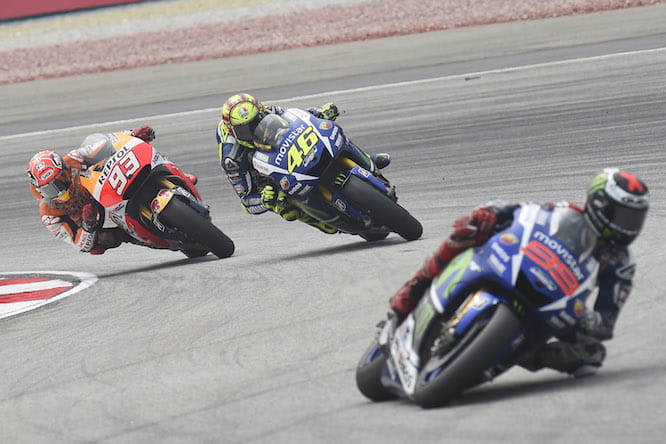 “It is not a sporting symbol, especially for the young people who are watching MotoGP around the world, so sorry for the gesture. Apart from this, I don't have anything else to say. I want to just concentrate on the weekend.”

Lorenzo’s annoyance became even more clear in the post race press conference at Sepang where he slammed race direction’s decision not to disqualify Rossi from the race.

Rossi went on to appeal the decision with the highest body possible, the Court of Arbitration for Sport (CAS), in order to try and have his three-point penalty, which sees him start from the back of the grid this weekend at Valencia, suspended.

Lorenzo attempted to intervene in this, and while reports surfaced that the CAS rejected the Spaniard’s intervention, a written statement was eventually allowed.

The CAS has since rejected Rossi’s request to suspend his penalty, but will still investigate the Italian’s case