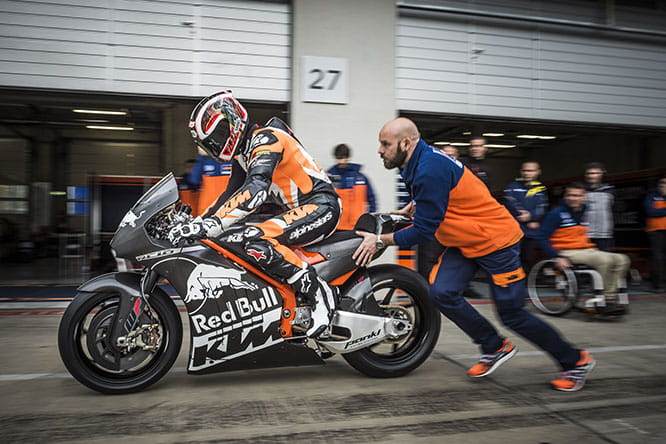 KTM has made significant progress ahead of its MotoGP debut in 2017 following a three-day performance test at the Red Bull Ring in Austria over last weekend.

The shakedown went “exactly according to plan” according to a press release, with former Grand Prix rider Alex Hofmann carrying out the initial test as KTM also confirmed one more before the end of the year with Moto2’s Mika Kallio also due to be involved.

During the summer of 2014 the Austrian factory announced its entry and has been developing its MotoGP competitor, the RC16, powered by a 90-degree V4, in-house. The team, known as The Red Bull KTM Factory Racing Team, carried out the test at the circuit which has been included in the 2016 calendar. 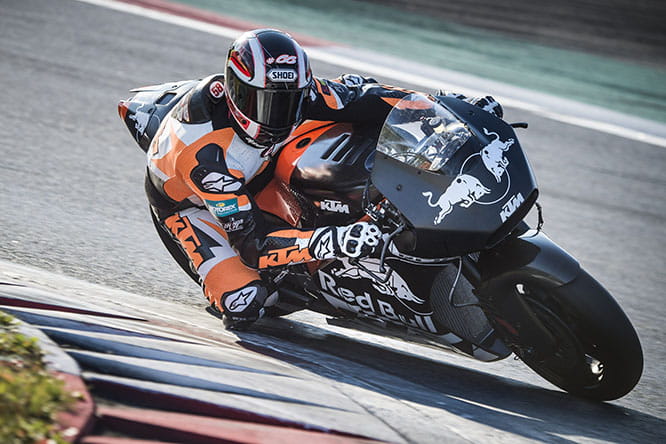 While KTM has long been involved in the junior Grand Prix categories, the manufacturer has never entered a full factory effort in the premier class but did support Team Roberts with 990cc KTM engines for a short period in 2005.

From the photos released by KTM after the Austrian-based test, we can see bike will use an Akrapovic exhaust, WP suspension and Brembo brakes.

Pit Beirer, KTM Motorsport Director, said, “Thursday was a very emotional moment, not only for me but also for the company, and I believe for many KTM fans in Austria and all over the world. This, and the start of the project on the racing circuit are just as important as any lap time. The feedback and the fact that we were already able to put in very many laps without any problems gives us a lot of motivation for the next steps in this long journey towards our entry into MotoGP in 2017” 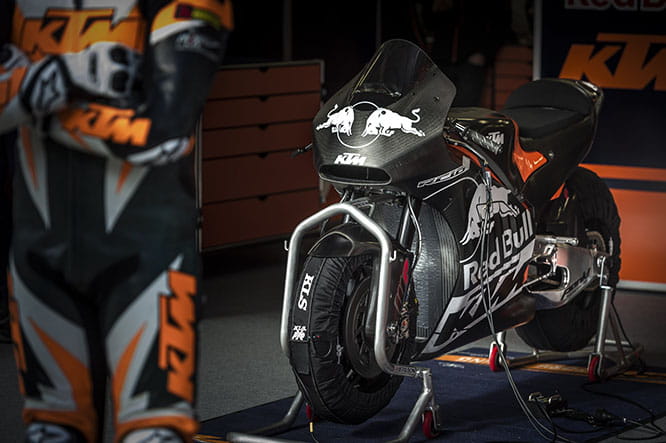 According to the factory, intensive further development will take place on the KTM RC16 at KTM factory in Austria’s Mattighofen and Munderfing.

How do you think KTM will perform in MotoGP?  or !