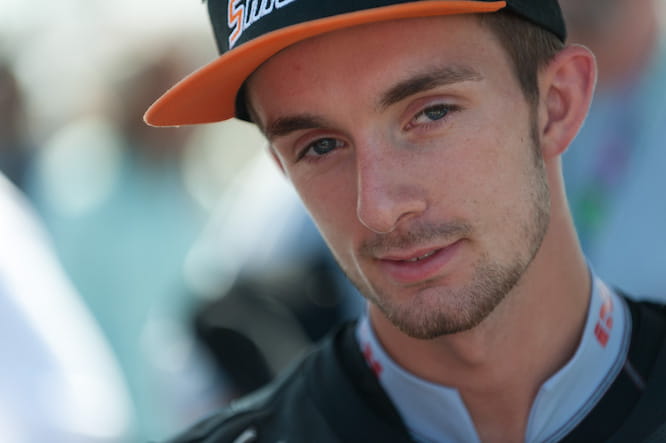 Britain’s John McPhee has set his sights on taking his first Grand Prix victories in 2016, despite signing with the unproven Peugeot team.

The Scot, who will be our sole representative in the 2016 Moto3 championship following champion Danny Kent’s move to Moto2, had a tremendous end to the year on his Saxoprint-RTG Honda, taking two pole positions in the last three races, despite enduring an often frustrating season in which he failed to gel with the 2015 Honda NSF250R.

“There were a lot of things happening this year that I wasn’t very happy about but come the end we changed a lot of things back (to how they were in 2014),” McPhee told Bike Social. “We changed the chassis to last year’s bike and straight away, at Phillip Island, it proved what I had being saying all year, as I was right back up to the front, where we should be.

“That was nice. I could’ve done with that in the first couple of races but it shows that I have the speed there and hopefully we will get the Peugeot package working and can have a good go next year.” 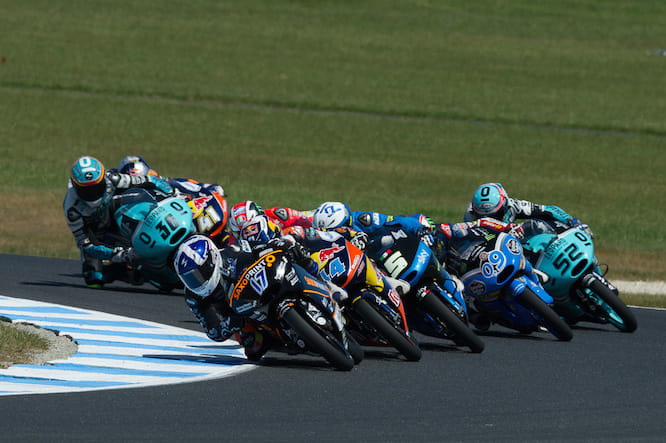 While 2015 was largely a disappointment for the 21-year-old, who was among the pre-season favourites after a strong 2014 campaign that saw him take a first podium finish at Indianapolis on his way to 13th in the overall standings, he still improved to 11th overall in the standings and insists there was never any danger of him being pushed out of the MotoGP paddock.

“All along we had different options but we didn’t know we were going to take,” he continued. “Almost from mid-season on I knew that I was going to be in the paddock again, just not which manufacturer or which team. I think how it has turned out, I am really happy to be signing for the new Peugeot factory team.”

The team will be run by the same Saxoprint-Racing Team Germany squad with which he has ridden for the past two seasons, although most of the personnel has changed. Out has gone team boss Dirk Heidolf, to be replaced by the experienced Terrell Thien, who has run Thomas Luthi in Moto2 for the past five years. 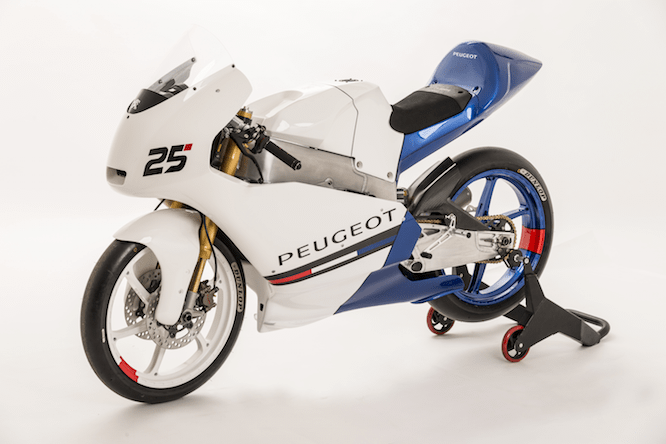 The project will see the Peugeot lion logo in motorcycle Grand Prix racing for the first time in the modern era, although the French brand was heavily involved in the pioneering days of racing and indeed a Peugeot-powered Norton triumphed at the very first TT in 1907.

The Peugeots that will be ridden by McPhee and team-mate Alexis Masbou will be largely based on the Mahindra MGP30 that struggled to match the pace of the KTMs and Hondas in 2015. Indian company Mahindra is the major shareholder in Peugeot Scooters, however McPhee insists that the French brand have freedom to develop their machines independently and should provide a competitive package.

He said: “Peugeot have explained to us that it is not only a Mahindra, they are putting their own development into it and that’s what persuaded me. If you look back years and years ago, Peugeot proved they can build a Grand Prix bike and with all the development they have it can be a really exciting project. The 2016 bike is not fully finished yet and, as there is a testing ban over December and January, I looking forward to getting my first ride in early February.” 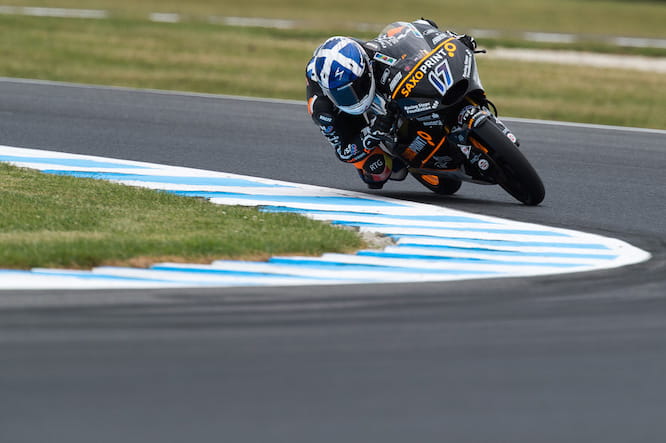 Despite riding a largely unproven package at the sharp end of the Moto3 grid, McPhee remains confident of his ability to be right at the front.

He concluded: “I will approach it same as every year. I want to win races and be fast. This year we were a bit restricted in some areas until the end of the season but I know I have the capability to be at the front. There is no pressure, but we will be aiming to win races from the word go.”