Dominant victory for Lorenzo at Jerez 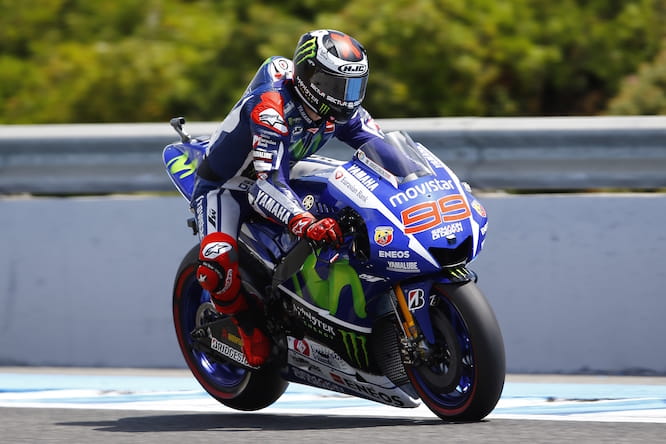 Jorge Lorenzo stormed to a dominant first victory of the season at Jerez this afternoon to beat the injured Marc Marquez. Championship leader Valentino Rossi took a solid third place.

Lorenzo led into the first corner ahead of Marquez, with Pol Espargaro getting a strong start from the second of the row to sit third ahead of Valentino Rossi.

Rossi moved through into third on lap three. With a point to prove having not been on the podium so far this season, Lorenzo took his chance at the front and began to build a gap. After twelve laps, the Spaniard had almost four seconds on Marquez.

Third place man Rossi upped the pace at the mid-distance as he looked to reel in the Repsol Honda of Marquez ahead. However, the Spaniard responded to etch out the gap in the closing stages to hold on to second place. 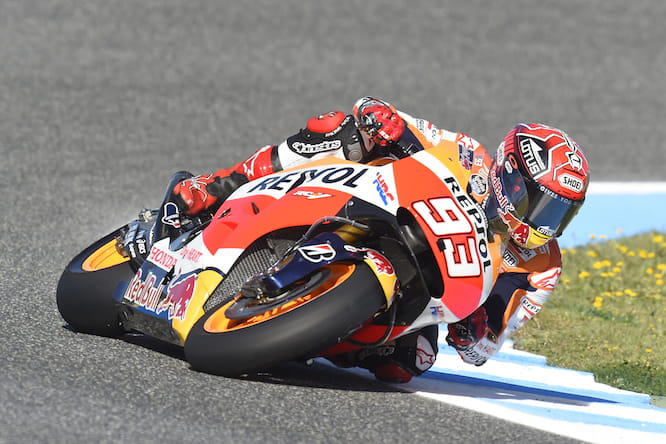 Cal Crutchlow finished an impressive fourth ahead of Pol Espargaro and Andrea Iannone. Aleix Espargaro crossed the line seventh on the Suzuki ahead of Tech 3’s Bradley Smith.

Dovizioso took ninth after an early race excursion into the gravel with Yonny Hernandez rounding out the top ten. Vinales took 11th ahead of Danilo Petrucci and Britain’s Scott Redding. Hector Babrera and Alvaro Bautista took the final points in 14th and 15th respectively.

Rossi now leads the standings by a clear 15 points ahead of Dovizioso. Lorenzo's victory moves him into third place, some 20 points behind his teammate. Marquez is now 26 points behind the leader.