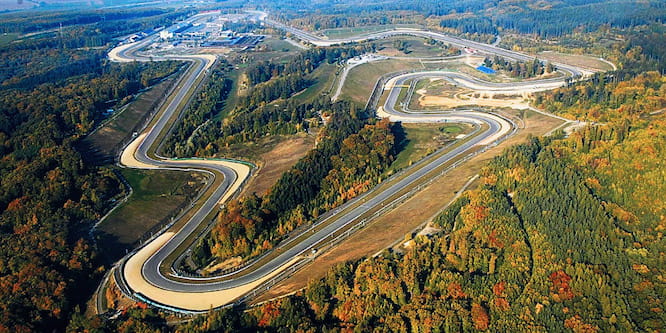 The Brno MotoGP round finds itself in jeopardy again this year as a battle over who should organise the series’ most popular race has put the 2015 event in doubt.

A whopping 240,000 fans attended the 2014 Czech Grand Prix, including an impressive 138,000 spectators on race day making the event the most popular on the entire calendar.

However, according to German website www.speedweek.com, a battle between the circuit’s owner, Karel Abraham Snr and the Governor of the South Moravian region of Brno over who should take control of the arrangements has put the 2015 round in doubt.

It is reported that Abraham is claiming he cannot afford the €2.73 million Dorna sanctioning fee to hold the race. Speedweek claim the local government has contributed 30-40% of this cost in the past but the battle over control of the race has halted existing financial arrangements and according to Abraham, the Czech authorities still owe over €1 million towards the cost of last year’s race.

Keen to work with both parties, Dorna’s CEO Carmelo Ezpeleta has allegedly given a deadline in which an agreement must be made for the 2015 race to go ahead.  If no solution is found before the first week in June, the 2015 race will be cancelled with immediate effect.

Should this happen, it would be the first and only year since 1992 that Brno hasn’t held a Motorcycle Grand Prix.