Schwantz: "I don't see anyone that can beat Marquez" 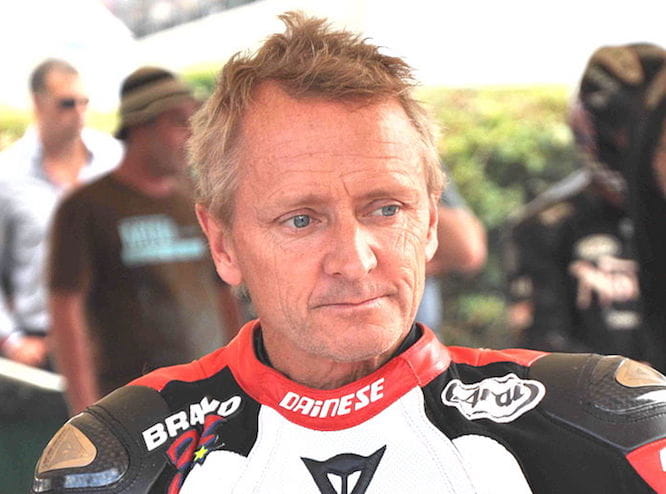 Kevin Schwantz has said he doesn’t think there’s anybody who can stop Marc Marquez from storming to a third consecutive MotoGP title this year.

The 1993 World Champion says while he thinks that there are riders who can beat Marquez on their day but states there’s nobody capable of mounting a consistent challenge against the Spaniard.

“I don’t see anyone that can stop him consistently,” Schwantz told Bike Social. “I think Lorenzo can, I think Rossi can and maybe Pedrosa can, the Ducatis might be able to do it but it’s all on occasion. Nobody will be able to do it weekend in weekend out. You’ve got to be able to consistently put pressure on him and force him to make mistakes to beat him overall.”

But what is it that makes Marquez so special? Is his Honda RC213V miles better than any other machine on the grid? Schwantz doesn’t think so.

“I don’t think Yamaha are lacking anything in particular; it’s just Marc Marquez”, he continued. “If you put him on the Yamaha he’d be as dominant, not to take anything away from Rossi or Lorenzo, I just think he’s a young kid who has figured things out better than everybody else. It’s not that he’s got that much better equipment; he’s just riding that much better.” 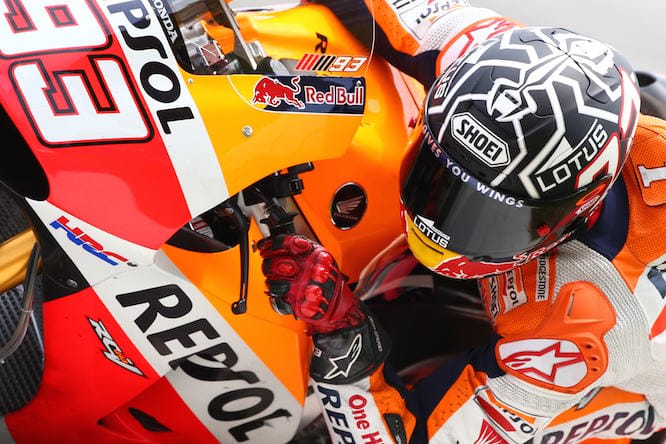 Last season Marquez won the first ten races, going on to take three more victories before the end of the season. Schwantz says he hopes the Spaniard’s rivals put up more of a fight this year…

“I hope we don’t see him win a load of consecutive races again, I’d like to see people challenging him on occasion but y’know he won from the front, he won from the back, he won from mid-pack he did it all in those first ten races. He didn’t dominate; he came from way back in Argentina and did all kinds of different stuff.

With Ducati’s Demosedici GP15 fast in testing, there’s hope the Bologna factory will join the fight at the front this season. However, Schwantz says he’s not seen anything to be convinced the Ducati has the race pace just yet. 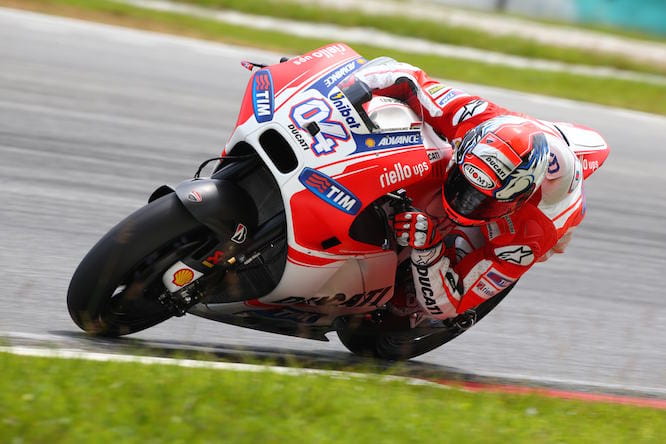 “I hope we will see a big step forward for Ducati but I don’t think so. They are running some fast times but whether they can do that consistently over a race I don’t know. I think they’re going to be in front of the Suzukis but probably only just.”

Schwantz is positive about Britain’s hopes in 2015. The Texan has praised Bike Social-backed Scott Redding in the past and now says he’s predicting podiums for the Marc VDS rider and is expecting good things from Cal Crutchlow too.

“I think Redding is going to have a really good year, I expect a lot from him. He’s got a better bike, he’s been there a while now. He needs to step up and start fighting to be on the podium.

“Crutchlow. I know the team, I know the crew chief and I think he’ll have a great year. I think it will be a great year for British racing, we’ve already seen Brits on all three steps of the podium in World Superbikes! I’m expecting British podiums in MotoGP too, both Cal and Scott both have a great opportunity to be there.” 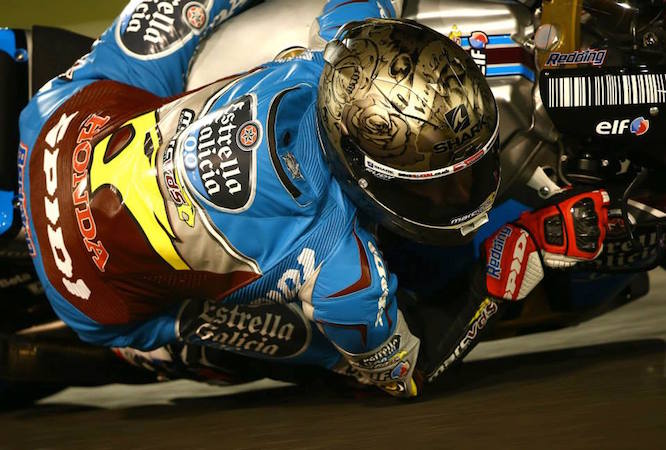 Schwantz retains a strong relationship with Suzuki, the manufacturer that took him to the 1993 500cc World Championship. This year the Japanese marque returns to MotoGP after a three-year hiatus, with riders Maverick Vinales and Aleix Espargaro.

“I hope Suzuki get on well but it’s so tough now there is no testing allowed – you can only test when everybody else tests”, explained Schwantz. “It’s hard to gain anything on anybody if you’re testing just like they are, they’re going to improve just as much as you and they are already on a higher level. If you do a two day test with Yamaha and Honda, you’re going to gain just as much as they are. That’s something that MotoGP and Dorna have implemented that makes the sport maybe not what it should be, but it’s the guys at the front who are dictating it – it’s Honda and Yamaha saying ‘no, we don’t want anybody else to be able to go test because they might catch up. We’ve got an advantage and we want to keep it.’

“I think that Suzuki’s two riders will do good, I don’t know if they can fight to be on the podium every weekend but top five or top ten, yeah. Top ten every weekend. Top five, now and again. Podium? Yeah why not if the weather conditions are favourable.”