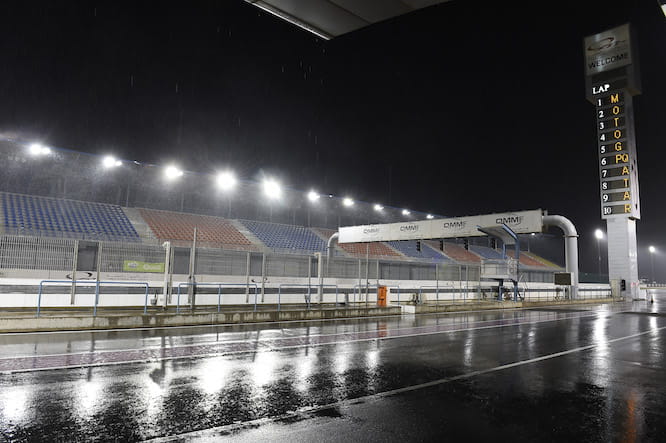 This weekend’s opening round of the 2015 MotoGP World Championship could be under threat from bad weather, with intermittent rain forecast in Doha for the end of this week.

If the rain falls, any planned sessions cannot go ahead until the circuit dries as wet racing is not permitted under the floodlights as visibility would be too poor because of the glare. Bridgestone, MotoGP’s sole tyre manufacturer, doesn’t even transport wet tyres to the circuit.

At the moment rain is forecast for Friday evening between 2100 and 00:00, which at the very least could cause problems for the third MotoGP free practice session. The forecast for the remainder of the weekend is a little more positive for now.

In 2009, wet weather in between the 250cc and MotoGP races saw action postponed until the following day. It’s thought race organisers will have this option once again should Sunday’s racing be hindered by bad weather.