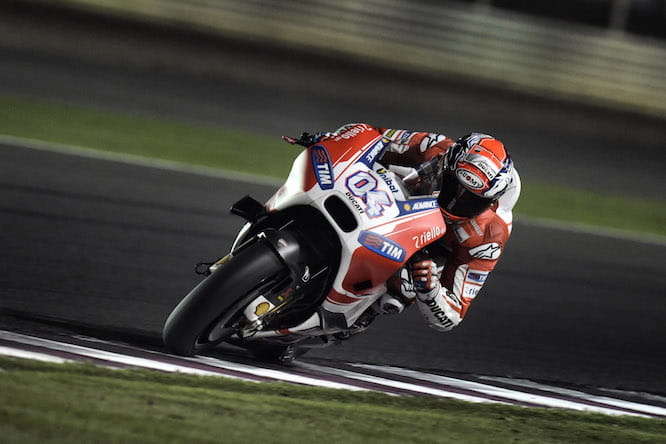 Andrea Dovizioso continued to show the potential of Ducati’s new Desmosedici GP15 by setting the fastest time on the second day of testing in Qatar.

Dovizioso’s fastest lap of 1’54.907 placed him 0.184 ahead of World Champion, Marc Marquez on the timesheets with just one day of testing remaining before the 2015 season gets underway under the floodlights in Losail in two weeks’ time.

Dovizioso’s time wasn’t the only Ducati talking point either – the Bologna factory have re-introduced the fairing ‘wings’, first seen in 2010, designed to keep the front wheel down.

Despite having access to the super-soft Bridgestone tyre, it is thought both Dovizioso and teammate, Andrea Iannone’s day one times came on the harder rubber – suggesting Ducati could have serious potential this season.

Having led on day one, Iannone was third fastest on Sunday just 0.197 off his teammate’s pace. 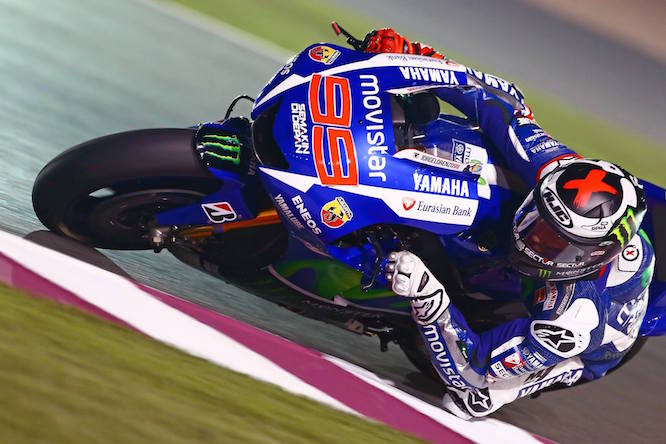 Jorge Lorenzo improved to fourth but remained over half a second slower than Dovizioso’s time. Having spent a large part of the day outside the top ten, Valentino Rossi jumped to fifth in the closing stages less than a tenth off teammate Lorenzo.

Dani Pedrosa placed sixth ahead of lead satellite riders Cal Crutchlow and Bradley Smith. Pol Espargaro was ninth ahead of an impressive performance from Karel Abraham on the Open-spec Honda RC213V-RS in tenth place after hooking onto the back of factory-counterpart Cal Crutchlow down Losail’s kilometre long straight.

Yonny Hernandez was 11th ahead of the leading Suzuki of Aleix Espargaro with Scott Redding, Maverick Vinales and Hector Barbera rounding out the top 15.