Honda Racing boss confirms no definite plan for former MotoGP World Champion Casey Stoner to race at prestigious Suzuka endurance race, but say they would back if he wanted the ride! 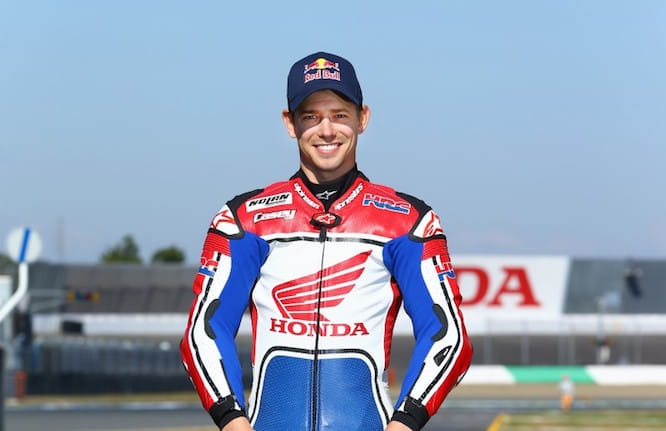 Honda Racing Corporation (HRC)  has said there is no plan for Casey Stoner to come out of retirement for this year’s Suzuka 8-Hour endurance race although should he want to do it they ‘would be happy’ to oblige.

Rumours of the Australian making a comeback to compete in the prestigious endurance race have been circulating recently after he tested the Suzuka-spec CBR1000RR Fireblade in Sepang last month.

Livio Suppo, HRC’s MotoGP Team Principal, who is responsible for Stoner’s test deal, told Bike Social: “Honda is not asking Casey to do the 8 Hours, but of course, if he would like to do it, we would be happy. Nothing planned anyway in this moment.”

Stoner hung up his leathers at the end of the 2012 MotoGP season and vowed never to race bikes again, but a ride at the Suzuka 8hr could be plausible.

One of the main reasons for Stoner’s retirement was the amount of media commitments riders have in MotoGP. Although still very much under the spotlight at Suzuka, there is less pressure from the press on riders.

Honda’s star Suzuka riders, Leon Haslam and Jonathan Rea, have both switched manufacturers for 2015 leaving a gap in the line-up next to young-gun Michael van der Mark, who has won the 8hr twice for the Japanese marque.

When even Honda refuse to rule it out, you have to question – could this actually happen?

WHY IS THE SUZUKA EIGHT-HOUR IMPORTANT TO HONDA?

The Suzuka Eight-Hour is still seen as the most prestigious race for Honda to win and holds as much kudos, if not more than winning in MotoGP.

Honda see it as the ultimate reliability test of Honda’s race engines, and it’s run on Honda’s own racetrack – Suzuka. It may not attract the hand-built specials that it once used too when Honda ran bikes like the ultra-rare RVF750, but it’s still incredibly important for the factory to beat its rivals on home turf.

Since the eighties, Factory Honda race engines in WSB and MotoGP have been built to be able to run for Eight Hours, such is the importance of the race.