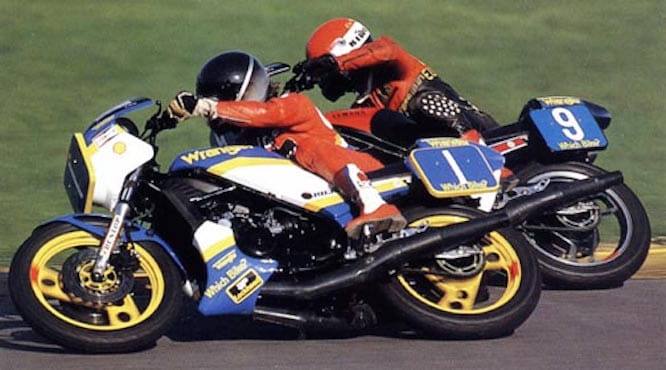 One of the world’s most iconic race series looks set for a revival this summer as the legendary Yamaha Pro-Am makes a comeback at the British Grand Prix.

The Grand Prix promoters are set to announce a ‘250 Production race’ to line up alongside the regular MotoGP classes at Silverstone this August and Bike Social understands that the field will be made up of riders who competed in the 1980s Yamaha Pro-Am series with all mounted on identically prepared RD350LCs.

LC forums have been rife recently with tales of mystery buyers snapping up old machines, and these appear to have found their way to the workshops of IDP Moto at Silverstone, who we understand are set to restore up to 20 bikes for use in the one-off event. 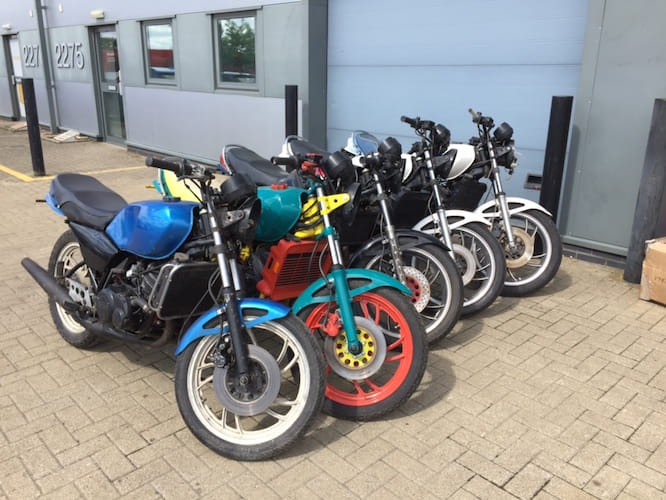 “We want to do something different for the Grand Prix rather than just have a regular support race,” said a spokesperson from the Circuit of Wales, which is promoting the 2015 British Grand Prix.

“We’ve got a classic support race in place already and another idea, which is to try and get a grid of 24 250 production machines with riders from that sort era. We’ve got a few riders signed up already and we’re talking to a few more.”

Launched in 1980, the Yamaha RD350LC Pro-Am pitched up-and-coming talent against established stars on identical machinery. The series turned out names such as Niall Mackenzie, Alan Carter and future Formula One World Champion Damon Hill and produced superb racing, making it one of the most memorable one-make series in history.

Should organisers be able to secure such names for the revival, it will present a not-to-be-missed spectacle as a number of racing greats squeeze into their leathers and jump on the iconic RD350s and battle once again.