Fantastic four for Lorenzo as Marquez crashes out 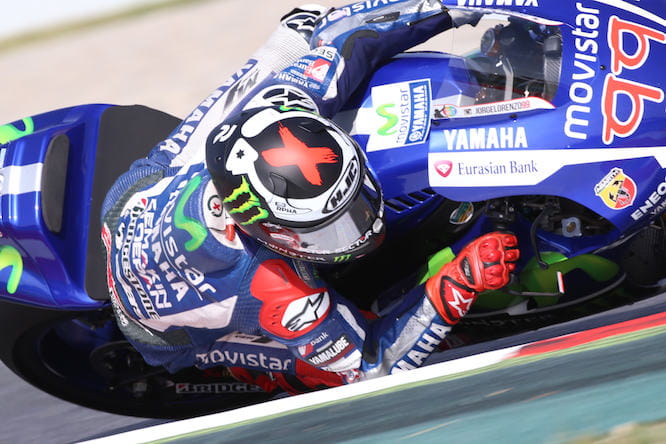 Jorge Lorenzo took his fourth consecutive MotoGP victory this afternoon, storming to the win on home ground in Catalunya ahead of teammate Valentino Rossi as Repsol Honda’s Marc Marquez crashed out once again.

Having dominated the last three races, Lorenzo again shot in to the first turn in the lead ahead of Andrea Dovizioso and Marc Marquez.

Knowing he couldn’t let Lorenzo get away, Marquez passed the Italian by the end of the first lap and began to chase down the Mallorcan in front.

Still injured from his crash last time out in Mugello, Cal Crutchlow was punted out in the first corners by Aleix Espargaro and the drama didn’t stop there as, pushing hard on Lorenzo for the lead, Marquez crashed out for the third time this season. 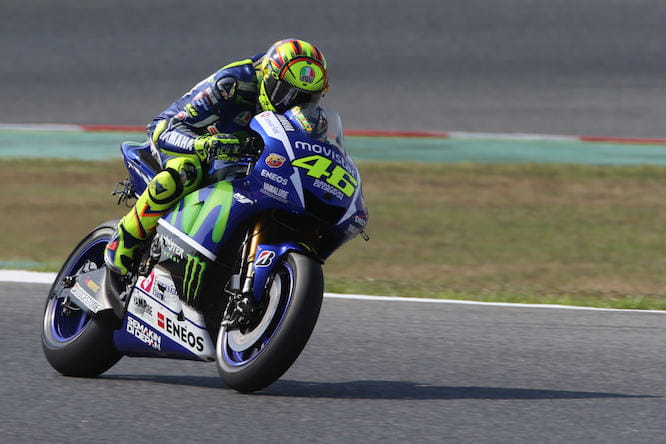 This left Lorenzo with a significant gap at the front and Dovizioso in second was unable to run the pace. Rossi moved in to the runner-up spot on the third lap but Lorenzo was already on the charge ahead.

Dovizioso crashed out shortly afterwards, followed by the Espargaro brothers with all riders complaining about the bumpy and slippery track.

Rossi began to close on his teammate in the closing stages but it wasn’t enough, with Lorenzo eventually crossing the line just a second ahead. The Movistar Yamaha duo are now separated in the championship standings by just a point, with Rossi maintaining the advantage.