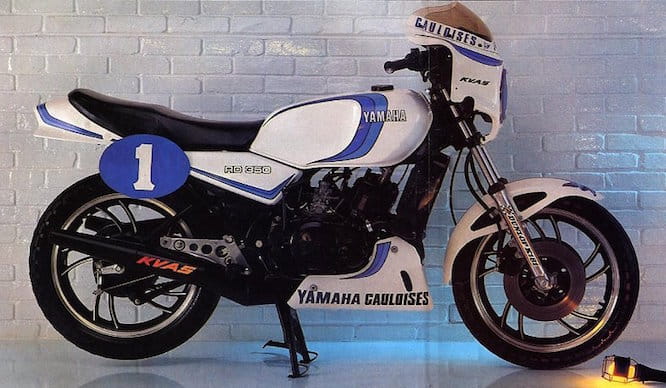 The race, which is being billed as a ‘250cc Production Battle’ will feature contemporary riders racing restored Yamaha RD250LCs, which are currently being prepared by Silverstone-based IDP Moto.

Organisers have confirmed that the race will feature 24 riders who came through Yamaha Pro-Am and Marlboro Clubmans 250cc and 350cc production classes, with names such as Charlie Corner, Kurt Langan, Mick Crick, Kim Barker and Ivan Gray all confirmed. The organisers are looking to announce further names in the coming weeks and days, but its hard to believe that former British GP star and Pro-Am's most famous alumni, Niall Mackenzie, won't be among the stars lining up on August 30.

In addition to the two-stroke 250s, a four-stroke classic will also feature at the event with the popular and proven Lansdowne Classic Series featuring pre 1964 Grand Prix machinery including the iconic Manx Nortons and Matchless G50s.

“All of us, including Dorna, recognise the rich heritage of motorcycle racing in Britain – and the fact that 13 of the first 17 500cc/MotoGP world titles were won by British riders so to have the Lansdowne Series as a support race captures that fantastic era,” said Chris Herring of event promoter, Circuit of Wales.

He added: “The Yamaha Pro-Am and Marlboro Clubmans series are still recognised as the championships that provided some of the most spectacular racing and launched endless careers. To now bring those riders together at Silverstone in August and for the first time since the early 1980s will be something very special.”

The practice and racing for both classes with take place throughout the weekend and the riders and their machinery will be based in Silverstone’s Formula One “Wing” paddock which will become a “Classic Village” for the weekend.