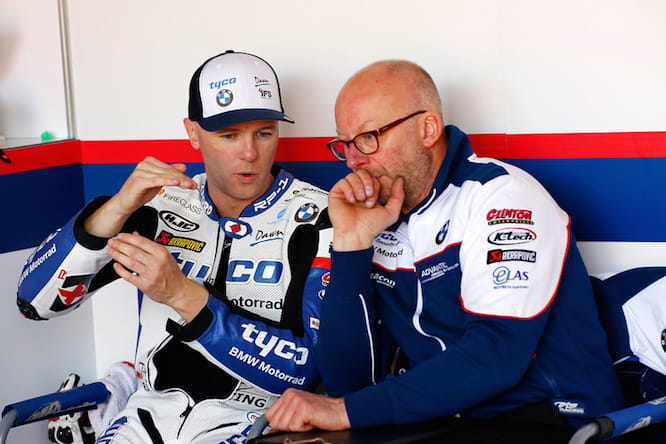 Michael Laverty looks set to return to MotoGP at Sachsenring this weekend with Aprilia.

The Tyco BMW British Superbike rider appears to have been drafted in to replace the struggling Marco Melandri in Gresini Racing’s factory Aprilia outfit.

Melandri has endured a torrid season so far and sits dead last in the championship standings having failed to score a single point. The Italian’s lap times have often been over two seconds slower than faster team mate Alvaro Bautista and he’s made no secret that he wants out.

Laverty is already a test rider for the Noale factory’s Grand Prix project having ridden the Aprilia-powered Paul Bird Motorsport machine in 2013 and 2014.

It is not yet known if the ride will be a one-off or whether the Ulsterman will become a more regular feature on the Grand Prix grid. With no clashes between the British championship and MotoGP until the final BSB round at Brands Hatch, it is possible he could compete in a number of other rounds this season.