Crutchlow: "Ducati will be winning soon"

Since the departure of Casey Stoner in 2010, it is fair to say that Ducati has struggled to keep up in MotoGP. But after three disastrous seasons, things began to look up for the Italian marque in 2014 and if Cal Crutchlow is to be believed, things will be even better this year.

Crutchlow might have ended his relationship with the Bologna factory prematurely, but the Briton had nothing but praise for his former employers at the end of what was a difficult 2014 season.

“This is the most hard-working team I’ve been with”, confessed Crutchlow.  “They work until silly hours in the morning to get the best settings and it’s not just on my side either, Andrea’s crew is the same and so are the boys at Pramac.”

Last year saw a radical overhaul of Ducati’s team structure. German Bernhard Gobmeier was ousted from the technical side in favour of former Aprilia top dog, Gigi Dall’Igna and the multiple-World-Superbike-title-winning partnership of Paolo Ciabiatti and Davide Tardozzi was rekindled to take on the day to day running of the team.

Also new to the team for 2014 was Crutchlow, who switched to Ducati from the unarguably more competitive Tech 3 Yamaha. 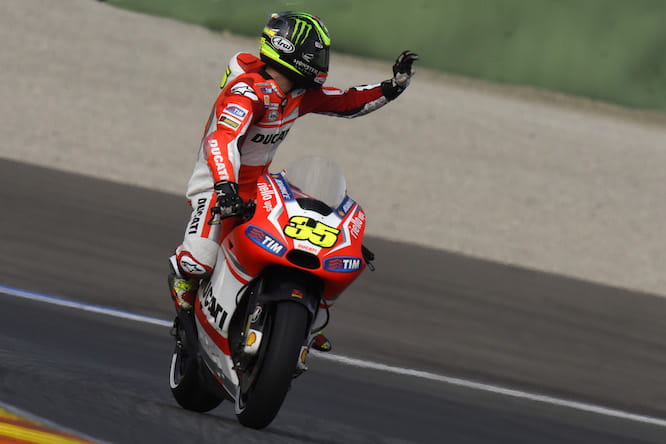 It was a tough year for the Brit aboard the difficult-to-ride Desmosedici. A heavy crash in the second round at Austin, which left him with an injured right-hand, didn’t help things either. However, Crutchlow is the first to admit that wasn’t the only reason things didn’t get off to the best of starts…

“There was a point in the year where me and Gigi [Dall’Igna] were not working in the best way”, Crutchlow admitted. “But in the last five races I really came to understand him and how he works and I can honestly say I think this is best for Ducati.”

Towards the end of the season Crutchlow’s fortunes changed. Despite riding the older GP14 Desmosedici, he was able to keep up with teammate Andrea Dovizioso and even challenged for the podium at Aragon and Phillip Island.

”At the time I might not have agreed with it, but he has done a good job, you can see that from the results when you compare to previous seasons”, he continued.

The British rider walked out of a two-year deal with Ducati in favour of a satellite Honda ride for the season ahead but after the progress seen towards the end of 2014, he is positive about the factory’s chances moving forwards. 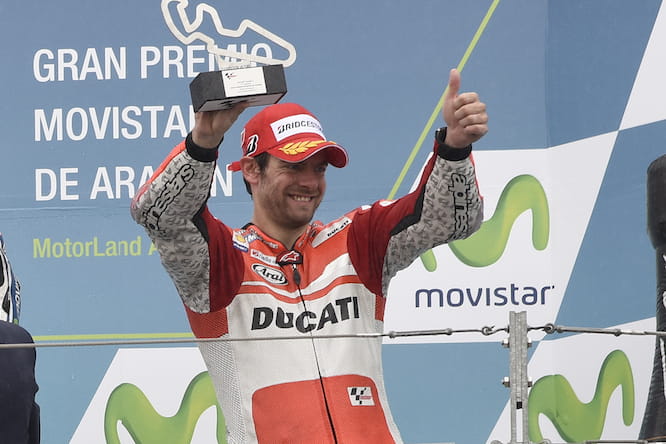 “Ducati have two fantastic riders for next season. I said to Gigi after the race in Valencia that I’d appreciate it if he’d concentrate more on World Superbike so that he’s not developing too much for the GP bike, because sure they will be back towards the front and winning soon.”

Over the last twelve months, Dall’Igna and his team of engineers have been developing a radically new Desmosedici for 2015. Details of the bike have been strictly kept under wraps but Andrea Dovizioso, who is entering his third season with Ducati, seems to be looking forward to it…

“I'm so excited to try [the new bike] because I really believe in this project”, said the Italian. “Everything we did in 2014 was for 2015. The new bike will be different but the work we did last year will be seen in this year’s bike. We have to be excited about this season and I hope this is only the start for the future.” 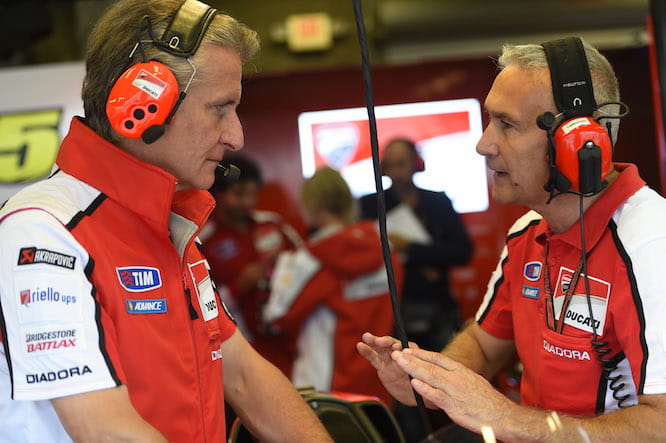 One downside is that the bike won’t be available until as late as the second Sepang test next month. However Ducati’s MotoGP Project Director, Paolo Ciabatti, doesn’t seem to think the delay will be much of a problem.

Speaking to Bike Social in November, he said: “The new bike is a little bit late, it won’t be seen until Sepang but we prefer to start with things right rather than rushing the debut of a new bike and having to fix several things. It looks like we are going in the right direction and we are very confident of being able to challenge for race wins next year.”

Will Ducati be able to win races this season?