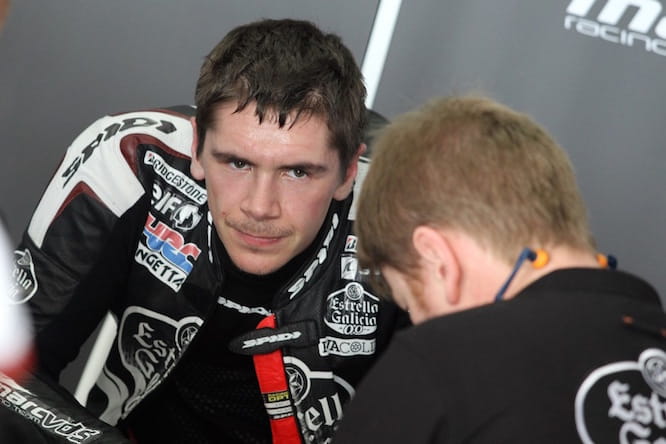 MotoGP star Scott Redding has said fellow Brit Cal Crutchlow will be his first target when this year’s MotoGP season gets underway in March.

The Briton steps up to factory Honda machinery this year with the Estrella Galicia 0,0 Marc VDS team, meaning he’ll start the season on an RC213V almost identical to the one ridden by World Champion, Marc Marquez.

Despite the extra pressure, the 22-year-old isn’t setting himself unrealistic goals for the season ahead.

“There’s a bit more pressure for me this year as I have the same bike as Marquez but I see this as my first year and I’m still learning,” said Redding. “Last year I couldn’t learn much as the bike just wasn’t up to it. This year I will be able to follow and learn from the other guys like I did with Nicky [Hayden] last year. I will be able to beat him one day but these things take time. I need to find out the right way to ride this bike, get used to it and then we’ll go from there. 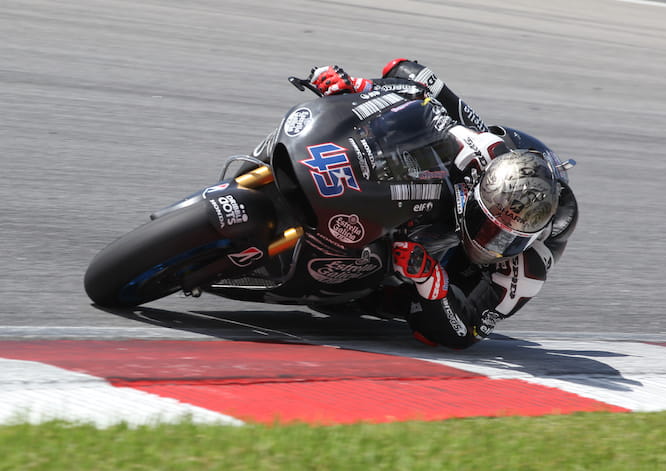 “Marquez has got everything and a lot of talent. I’m not saying I didn’t have a lot coming up but he always had the best, the best bike, the best team etc. When he came up to MotoGP, he went straight to a factory team, when I go to MotoGP I went to Gresini on the Open bike which couldn’t perform at all. You’re always on the back foot, he’s almost like a seamless gearbox, every gear change he’s one step ahead. I feel like I’m trying to keep up all the time. Now I’ve got the same bike as him for the next two years so it’s up to me to show people I can beat him.”

With compatriot Cal Crutchlow also on a factory RC213V in a satellite team, Redding has his eyes firmly set on the former Ducati rider this season.

“Crutchlow is my first target to be honest,” Redding continued. He’s gone onto the satellite factory bike the same as me but he has a bit more experience with the tyres and bigger bikes so it’s a challenge for me to catch up a bit. I’m not going to set my target as Marquez as I’ll be disappointed every day when I come home a second behind him. I feel like I’m close enough to start to catch Cal, so that’s my first target. I need to get onto him, battle with him for a few races and fight my way through the field."

At this season’s first test in Sepang the other week, Redding posted the 17th fastest time some two seconds behind fastest man Marc Marquez but just 0.5 off Crutchlow. Still learning, the Brit says he wasn’t looking for lap times.

“We didn’t go for lap times; we went for a calmer approach,” he explained. “Chris Pike [Crew Chief] is also new, the whole team is new!  We are all gelling really well but I didn’t want to go in and say ‘right we’re going to set the fastest lap time’ because it’s not going to happen! I told the guys to take it easy and I’ll get used to the bike. We had the electronics really low so I could get used to the power I have and things went well. We didn’t change the suspension settings for the first two days, not a click, we just put fuel in, tyres on and went and made the laps.”

MotoGP testing will resume in Sepang between 23-25 February.