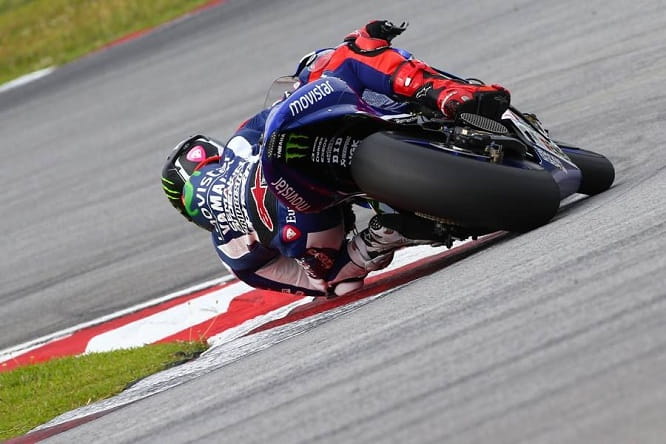 Jorge Lorenzo topped the timesheets on the second day of MotoGP testing in Sepang to back-up his talk of a much-improved Yamaha YZR-M1 for the 2015 season.

The Mallorcan stormed to the top of the times with a 1’59.963 to displace Ducati’s Andrea Dovizioso shortly before lunchtime, when the sweltering Sepang temperatures saw grip levels deteriorate.

Dovizioso was just 0.052 seconds off Lorenzo’s time on the GP14.3, making a clear statement about Ducati’s intention to step up to the plate this season despite the lack of Gigi Dall’Igna’s radically new Desmosedici. 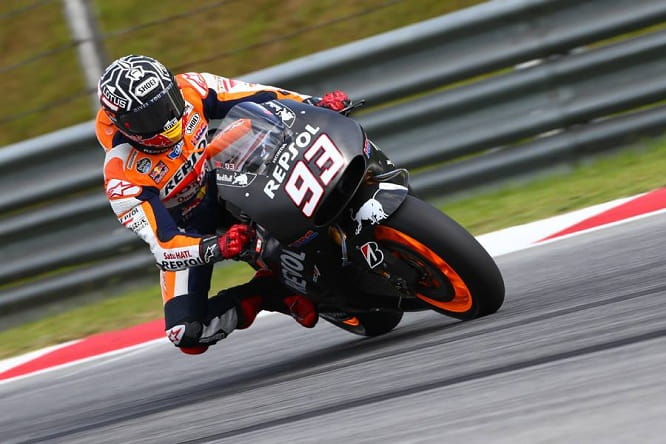 Andrea Iannone continued an impressive debut for Ducati in fifth ahead of compatriot Valentino Rossi, who was seven tenths off his teammate’s fastest lap.

Pol Espargaro led the satellite charge ahead of Britain’s Cal Crutchlow, who admitted he’s a little rusty after no riding in the winter, and Bradley Smith in 9th.

Aleix Espargaro showed Suzuki’s worth in 10th place, an impressive 1.3 seconds off Lorenzo’s time. Stefan Bradl once again led the open class in 11th, ahead of Hector Barbera and HRC test man Hiroshi Aoyama. Scott Redding was 14th some 1.8 seconds off.

Rookie Maverick Vinales rounded out the top 15 on the second Suzuki. Alvaro Bautista continued his impressive form on Aprilia’s RSV4-derived prototype in seventeenth, just over two seconds off the pace. Marco Melandri’s woes continued as a lap time some four seconds slower than Jorge Lorenzo left him dead last.