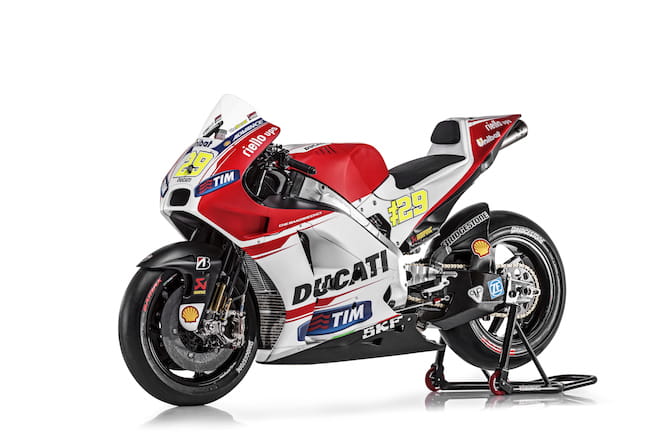 Ducati has unveiled the radically reformed Desmosedici GP15 Andrea Dovizioso and Iannone will campaign in this year’s MotoGP World Championship.

The bike, visibly smaller, shorter and narrower than previous Desmosedici machines, was revealed in Bologna this morning.

The GP15 is the brainchild of former Aprilia boss, Gigi Dall’Igna, who was brought into Ducati at the start of the 2014 season as part of a dramatic shake up as the Italian marque looked to improve their performance. 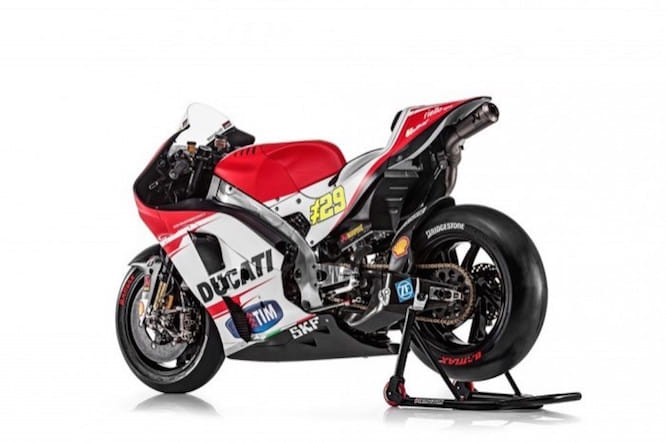 During the presentation, Dall’Igna explained that while the GP15 is a continuation of previous Desmosedicis, it is also a revolutionary new bike for Ducati.

Dovizioso and Iannone will first ride the GP15 at next week’s second Sepang test, which gets underway on Monday.

Speaking to journalists after the first Sepang test, Dovizioso commented on how the biggest improvement he's looking for in the new bike is turning ability.