Positive news for the Circuit of Wales 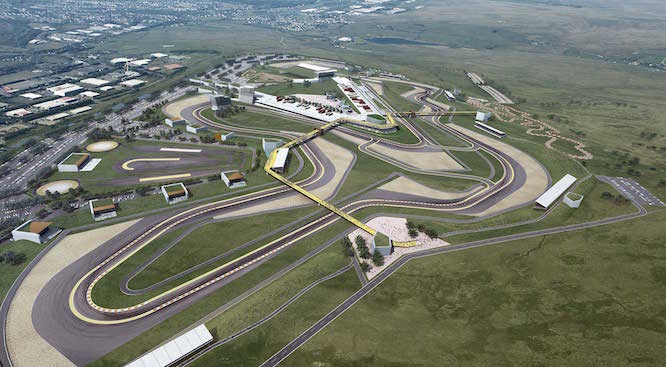 The Circuit of Wales took a positive step forward this afternoon, moving closer to de-registering the common land which forms part of the circuit’s proposed site.

While no formal decision has been made, Rebecca Evans AM, Deputy Minister for Farming and Food informed the Heads of the Valleys Development Company that  she ‘is minded to grant the S16 application’ but feels she ‘cannot make a formal decision until the rights of the commoners which are presently registered as rights of common exercisable over the release land have been deregistered.”

The move means the project’s bosses can now exercise the agreements already in place with the commoners in order to make way for formal approval.

“We thank the Minister for her willingness to grant the S16 application, subject to us fulfilling prior agreements with the commoners as explained within the application. This is an important step in the process to de-register the common land and we will continue to work towards a successful conclusion in 2015."

Should everything go to plan, it is said building work will begin in October this year with completion scheduled for early 2017.