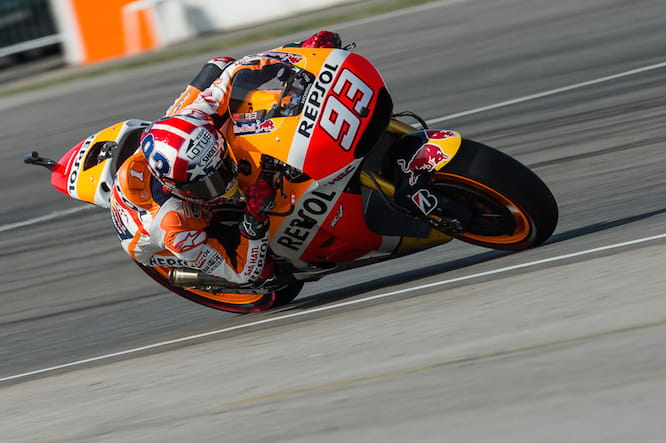 The result plays right into the Spaniard’s hands with championship leader Valentino Rossi languishing down on the third row of the grid.

Lining up next to Marquez will be Repsol Honda team mate Dani Pedrosa with Jorge Lorenzo, who was eighth until the closing stages, in third. 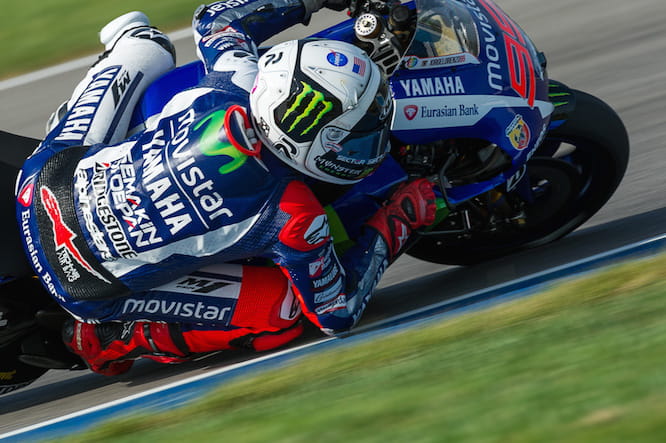 Cal Crutchlow was knocked off the front row by Lorenzo’s last minute charge, ahead of Danilo Petrucci who impressed on the Pramac Ducati by setting the fifth fastest time after enjoying a tow from the factory Ducati of Andrea Dovizioso.

“Tomorrow will be a tough race but I feel ready to fight for the victory,” said Marquez after the session. “It will be difficult as tyre degradation is difficult here. At the moment Jorge has strong pace, Dani too but I think Jorge is stronger.”