Ducati boss: 'I hope Redding will be on a Ducati next year' 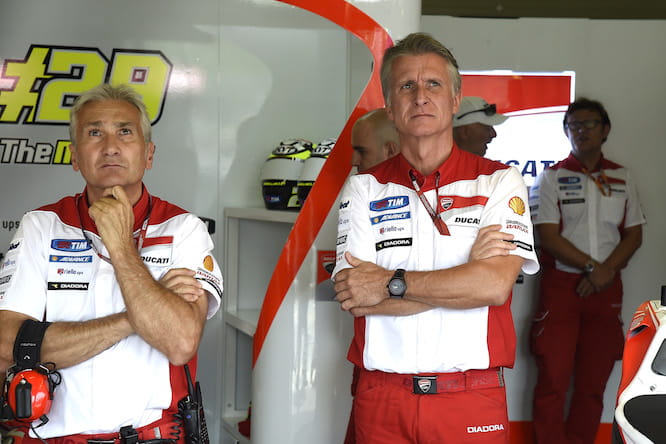 Ducati boss Paolo Ciabatti has said that Scott Redding will be riding a Desmosedici in next year’s MotoGP season, barring anything ‘strange’ happening this weekend.

The Ducati Corse Sporting Director said they had wanted the British rider on the bike this year, but missed out as he opted to move back to the MarcVDS team as they stepped up to MotoGP.

After a tough season so far this year, Redding began looking at options for 2016 and when Ducati heard he was available, they initiated negotiations for the 2013 Moto2 championship runner-up to join Danilo Petrucci in the Pramac Racing squad.

“We tried to get Scott on the Pramac bike last year, but in the end it was not possible as his team decided to move to MotoGP and the decision was made in Misano and at that time for them it was natural to move up and take Scott back from Gresini,” said Ciabatti, speaking to Bike Social at Silverstone.

“Scott had a good season with the production racer but this season things haven’t gone the way they expected, and I think there are many reasons for that. Scott is still young, so I hope that we have no problems in the next couple of days and that a deal can be finalised so that he will be riding with Ducati next year.” 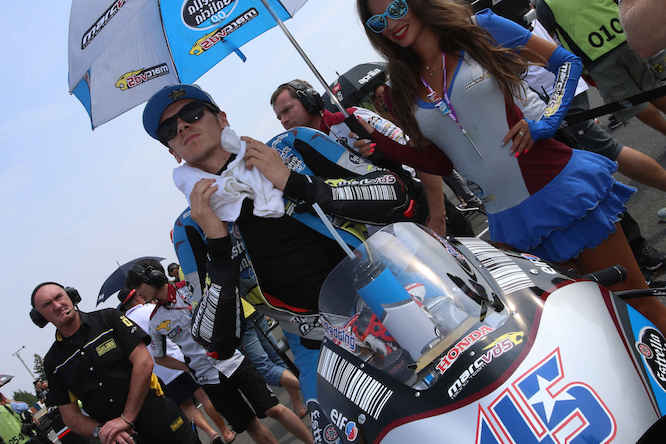 In Brno, Pramac Racing offered Moto3 championship leader Danny Kent a three-year deal to move up to MotoGP, but it is believed Kent turned the offer down, paving the way for Redding to move into the team.

“I spoke to Danny in Brno after the team spoke to him and I like him very much, he’s doing a great season,” said Ciabatti. “Even if he is young, he is a very mature person in terms of personality as well. He does have experience in Moto2, even if it was not a good season, but then things became a little too complicated and on the other side Scott became available as a real opportunity so the team decided they wanted to go ahead with Scott so we said ok, but Danny would have been a good choice as well.”

The Pramac team are currently racing last year’s Ducati GP14, but the factory-supported outlet will receive the updated and vastly improved Desmosedici GP15 next year, with the option for further factory upgrades depending on results.

“Both Scott and Petrucci will be on the GP15 that Dovizioso and Iannone have now,” Ciabatti explained. “Upgrades across the season will depend on their performance. Petrucci will get the GP14.2 in Misano this year, this is not because of anything in a contract but because we thought that the GP14.2 is a better bike and he is doing a good season so we wanted to give him the better bike for the last six races of the season. We always do it like this, if a rider is doing good and we have the opportunity to improve the package we will do it, but it has to come out of good results.”

It is expected an announcement regarding Redding’s future will be made at Misano.