Danny Kent: 'Victory at Silverstone would be best of my career' 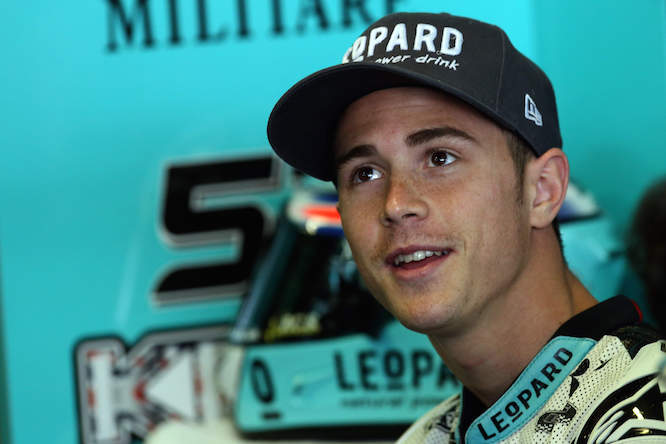 Danny Kent has said that a win in Sunday’s Moto3 race would be the best victory of his career, but insists he isn’t willing to jeopardise his championship challenge to achieve it.

The Moto3 Championship leader has lost a significant chunk of points in the last two rounds and is keen to re-build his lead. With that in mind, he says if he’s second to a rider nowhere in the championship on Sunday he might just settle for the points.

However, if it’s championship rival Ena Bastianini scrapping with the Brit at the front, he says he’ll give as good as he gets to try and win the race.

“We’re on a downward slope at the moment, we’ve lost 21 points to Bastianini in the last few races but my confidence is still high, I’d be more worried if we were finishing tenth and knowing I’d given it my all,” said Kent talking to Bike Social.

“My pace has been strong all weekend during the past few races we’ve just had a bit of bad luck with the weather. It’s all part of racing, but like I said my motivation and confidence is still high.

“Silverstone is my home Grand Prix and going into that leading the championship is great. I’m hoping the atmosphere is going to be good and that everyone will be behind us so we can try and put on a good show.

“If we get the victory on Sunday I can tell you now it will be the best victory of my career, but at the end of the day we are here to win the championship. If we go into the last corner and Bastianini is in first and I’m in second, he’s my main rival, I will try to win that race, but if he’s down in fifth or sixth and I’m in second and someone who is nowhere near us in the championship is leading I’ll probably take that. If I feel I can make a good move without the chance of crashing I’ll try to win the race but the main thing for us is to keep extending our championship lead. After losing 21 points we need to start climbing back up the mountain and recoup some points.”