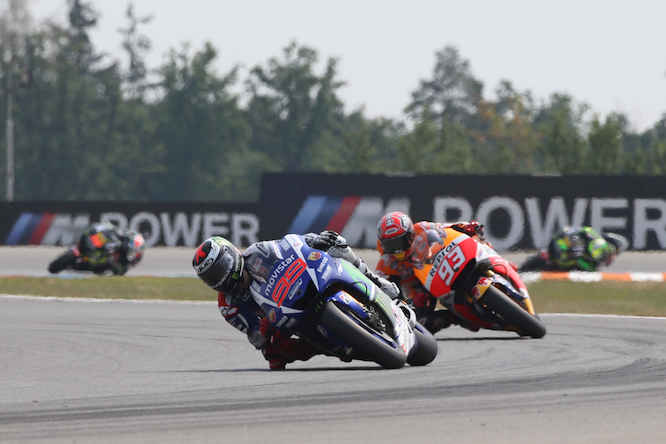 The MotoGP championship battle has intensified as the circus heads to Silverstone for the British MotoGP with Movistar Yamaha riders Jorge Lorenzo and Valentino Rossi tied on points.

Lorenzo equalled Rossi’s points tally with victory last time out in Brno and has won more races than any other rider this season, placing him in a strong position ahead of Silverstone this weekend.

“I love England, the Silverstone track is a great opportunity for us, it has a nice layout and our Yamaha M1 always behaves very well,” the Spaniard says heading into the weekend. “It’s an enjoyable track but also very demanding because it’s long and has plenty of high speed corners and change of directions, do you need to be in perfect shape to be able to fight for the podium.

“I’ve won several races at Silverstone in the past and I feel good so hopefully we can achieve another good result and take the championship lead.”

Silverstone marks the first round of 2016 since Qatar that Rossi hasn’t led the championship coming into. While the Italian is tied on points with Lorenzo, the Spaniard has won more races placing him ahead in the standings.

Rossi’s trump card is that he hasn’t finished off the podium so far this season and it’s that level of consistency making him a real threat for the title. Silverstone is one of very few Grand Prix circuits he’s not won at so he’ll be keen to tick it off the list. However, for the last two years it’s very much been between Lorenzo and Marquez on British soil, and with the reigning world champion back on form Rossi will need to be on the pace from the off if he’s to be in the mix. 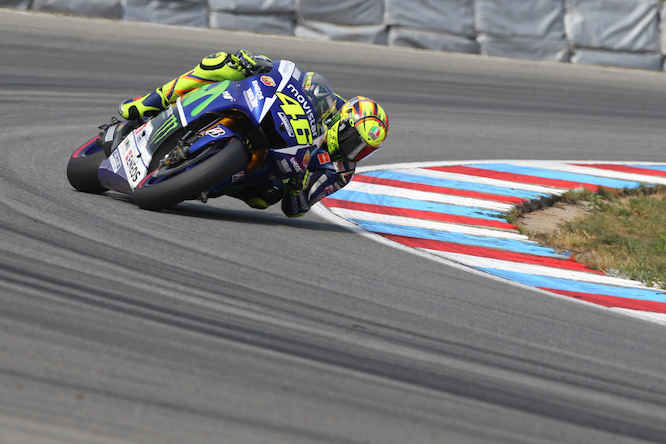 “I like Silverstone, it’s fast and technical”, Rossi said. “I have done good races at this track and I am happy that we are heading there next. It is an important point of the season and I hope I can have a good race. We have to improve the set-up of the bike and get ready for the race, now Jorge and I are level on points it is important for me to be fast from the start of the weekend.”

The big question mark hangs over Marc Marquez’ head. The Spaniard struggled during the first half of the season but since switching back to the 2014 RC213V chassis his results have dramatically improved.

After beating Lorenzo at Silverstone 12 months ago, Marquez will have his eyes firmly set on victory as he clings on to the hope that he can catch up the championship leading duo. He currently sits 52 points off the Movistar Yamaha pair so needs some serious results if he’s to catch up. 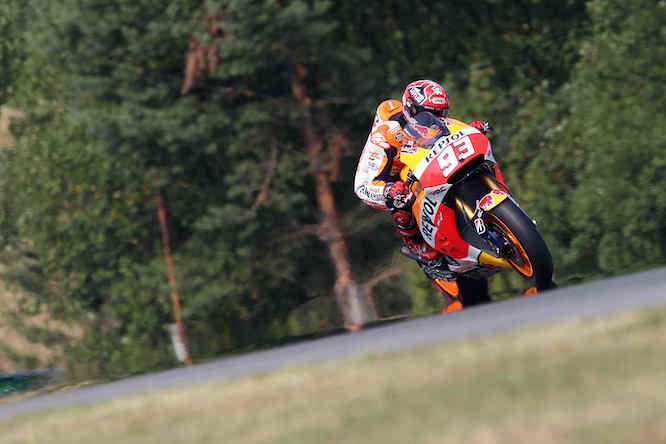 “Brno was a difficult weekend but we took important points in the championship and keep fighting,” Marquez said ahead of the weekend’s action. “Silverstone isn’t one of my favourite tracks but I enjoy going there as you can feel the excitement around the circuit. I’ve been on the podium there the past three years including a win last year, so let’s hope the weather us good and we can fight for a similar result.”

While Lorenzo, Rossi and Marquez will be scrapping it out for vital points there will be a number of other riders keen to get in the mix. Ducati’s improved pace this season has seen Andrea Iannone and Dovizioso able to fight at the front, while the British riders will also be out to prove their worth in front of the home crowds.