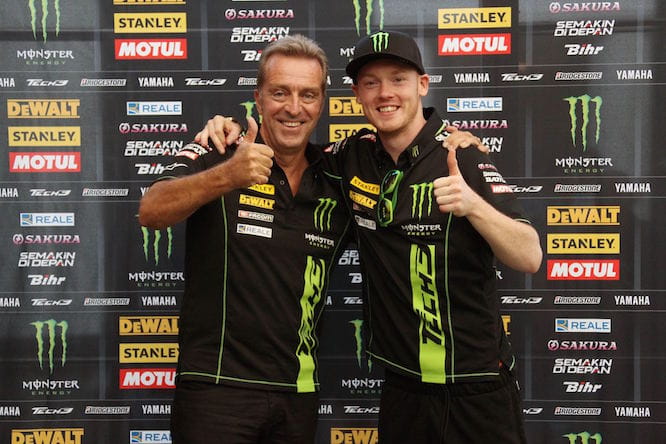 Bradley Smith will remain at Tech 3 Yamaha for the 2016 season, it has been announced ahead of the British Grand Prix.

The announcement has been expected for some time, leading to Smith venting his frustrations in the media as his management and Tech 3 boss ironed out the details of the new deal.

It is thought the delay was due to Smith pushing to get equal machinery to team mate Pol Espargaro, who has had a number of upgrades before him this season despite the Brit constantly outranking the Spaniard.

2016 will be Smith’s sixth year with the Tech 3 team and his fourth with the French outfit in the premier class.

"Obviously, I am really pleased to be able to continue this journey with the Monster Yamaha Tech3 Team and it's fantastic news to resign for another season,” he said announcing the deal.

“We will be going into our sixth year together and I must say that it is certainly nice to be giving the guys the results and performances that they deserve at the moment. So far in 2015, I have been finishing where we want to be which is very positive, as I'm sure that I am in debt to them for the first two years in the premier class!

“Everyone in the team has put their faith in me again and we know that 2016 will be tricky due to the changes in regulations, however, I am optimistic that this will give the satellite riders more of a chance to be competitive. Therefore I am confident about going into next year, as I know that everything will be fairer so we will continue to work together and we fully intend to take our sponsors onto the podium. 2016 will be exciting and I am more than pleased about being able to ride aboard the Yamaha YZR-M1 and with the Monster Yamaha Tech3 Team."

Alongside Smith in the Tech 3 team will be Pol Espargaro, who remains for his third year with the team.