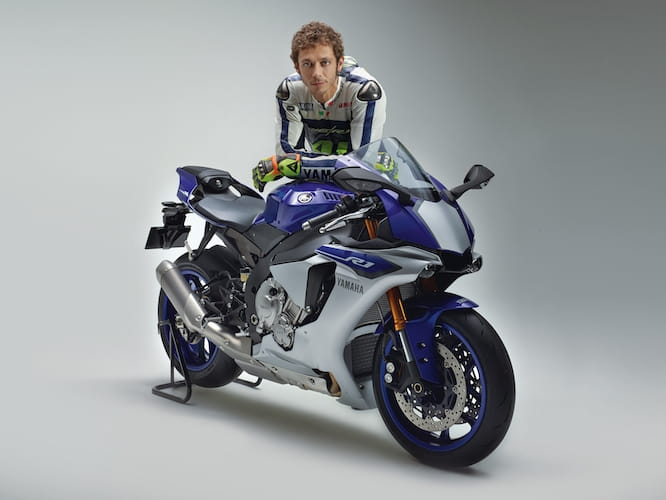 There’s still five months to go until this year’s edition of the Suzuka 8 hour but it’s already looking set to be an absolute corker.

Double MotoGP champion Casey Stoner will come out of retirement to race in the prestigious endurance event alongside World Supersport champ and twice Suzuka winner Michael van der Mark for Honda. However, despite the formidable line-up, it looks like the 26-time winning manufacturer could have a battle on their hands.

Jonathan Rea, who has been one of the fastest men at Suzuka for the last few years, switched to Kawasaki for this year’s Superbike World Championship and, while nothing has been confirmed, it’s expected he’ll front the green team’s Eight-Hour effort. Kawasaki hasn’t won at Suzuka since Scott Russell and Aaron Slight did the honours in 1993.

Yamaha hasn’t won in a while either, the Iwata factory last took victory in 1996 with Colin Edwards and Noriyuki Haga. That could change this year. They’ve just wheeled out a brand new YZF-R1 and it’s already being hailed as one of the best superbikes of recent times. Bike Social has reason to believe Yamaha will take Suzuka very seriously with the new bike, and their chances of victory could be significantly increased by bringing in the big dogs, or should that be goat?

Nine-times Grand Prix world champion Valentino Rossi won the Suzuka 8 hour with Honda in 2001 and he’s made no secret of his desire to return to the prestigious event.

After storming to victory in the first MotoGP race of the season in Qatar last weekend, Rossi returned to Italy where he was photographed riding a Yamaha R6 at Misano. At night. The Italian posted the picture on his Instagram page with the caption ‘night training’.

Why would a MotoGP star need to train on a standard R6 at night?  The test was after MotoGP’s only night race and even then, MotoGP bikes don’t have headlights and the darkness in Qatar is overcome by powerful floodlights. The 'Doctor' did use the hashtag for his rider academy, so the test could have been part of the training he provides for young and upcoming Italian riders.

Rossi admitted considering an Eight-Hour return alongside then-Yamaha-rider Cal Crutchlow in 2013, but had opted against it in order to focus on the MotoGP season.

“I like a lot to do the Eight-Hours with the Yamaha, but to make it is very heavy,” said Rossi speaking in 2013.

“To do the test, you have to go to Japan and after the race you have a problem with your body for two or three months because it is like doing four Grand Prix in a row, pow, pow, Maybe when we are more old.”

Yamaha MotoGP boss, Lin Jarvis also ruled out Suzuka three years ago, but did mention that the Grand Prix team could get involved in the future with a specific mention to the 2015 season.

Speaking to Motorcycle News in 2013, he said: “The idea of them [Rossi & Crutchlow] thinking about it is very interesting and exciting and for the Japanese market, it would be fabulous.

“I have a feeling that this year [2013] will be fairly low profile from Yamaha but maybe in 2014 and 2015 there can be more engagement from our side and the concept of using big names is very attractive.”

Rossi’s posting of the night training picture came just days after HRC confirmed Stoner would compete at Suzuka. The Rossi/Stoner rivalry was one of the biggest of the modern Grand Prix era. Rossi would love a chance to beat the Aussie again, having been unable to challenge him in his final Grand Prix years with Stoner on the Honda and the Italian on the uncompetitive Ducati.

The 2015 Yamaha R1 is a race-bred, competition-focused machine which bears much resemblance to Rossi’s YZR-M1 MotoGP bike. Yamaha has put together an extensive R1 race programme to give teams across the globe full factory support in various different championships.

With such a focus on racing with the new bike, it is hard to think of reasons why Yamaha, a Japanese manufacturer, wouldn’t pull together a super-team with the new R1 for the most respected and important race in Japan and speaking to a number of rival team bosses, they seem to agree.

Rossi has already spent a considerable amount of time on the R1, and the race spec R1-M, having played a significant role in the development and testing of the new bike.

It’s thought Broc Parkes, who has confirmed his intention to ride Suzuka this year, will also feature in Yamaha’s main team, which should be the YSP factory outfit. The other two riders remain unknown, but should Rossi fill one of the spots it leaves just one space for either Katsuyuki Nakasuga or Josh Brookes, who has said he isn’t sure whether he’ll ride at the event.

Bike Social approached Yamaha for a comment last week but we’re yet to receive a response. More when we get it...