Pedrosa out for surgery, Aoyama to replace 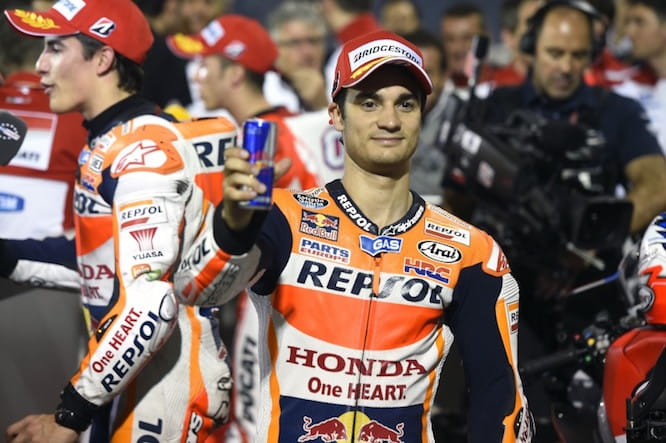 Dani Pedrosa is to undergo surgery on his right forearm this week, ruling him out of racing for, at a minimum, the next two rounds of the MotoGP World Championship.

The Spaniard announced his intention to find a cure for ongoing arm-pump problems after finishing sixth in the opening round of the series in Qatar last weekend.

Having already had surgery to try and resolve the issue twice, Pedrosa seemed frustrated after Sunday’s race, insisting he wouldn’t ride again until it’s fixed.

The Repsol Honda rider will go under the knife tomorrow (Friday) morning in a final hope of curing the problems, which have been plaguing him for more than 12 months.

"Obviously this isn’t the news I wanted to be sharing with everyone,” said Pedrosa in a statement issued by HRC. “However, after speaking with some key doctors and medical professionals that I trust, they are all in agreement that this is the only option for me. We will have the surgery on Friday and they will use a special technique to help close the wound to try and prevent this issue continuing to affect me. Let’s hope it’s a success. I want to thank all my fans for their support, but especially Honda, Repsol, Red Bull and all our sponsors for their understanding in this matter."

Honda Racing has said the Spaniard’s expected recovery time is 4-6 weeks, ruling him out of the Austin and Argentinian Grand Prix, but say he will not make a return to racing until fully-fit.