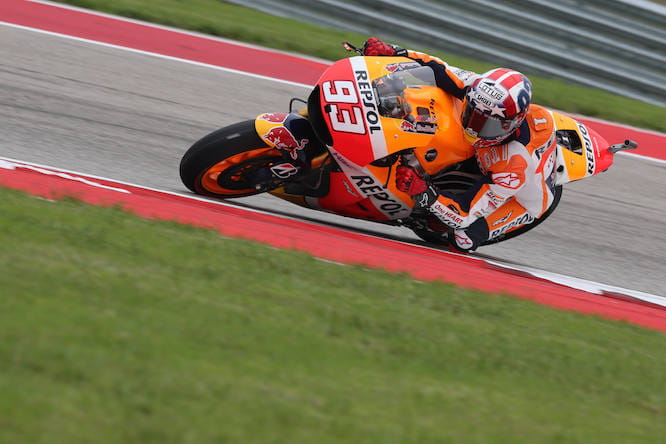 Dovizioso took the holeshot from Marquez and Rossi with Bradley Smith coming round the outside into an impressive fourth.

Marquez took the lead for the first time on lap four, Dovizioso tried to use the Ducati’s speed to take him back on the straight but the Spaniard’s superior braking ability saw him retain the lead.

Rossi slipped underneath Dovizioso into the tight hairpin but lost out on the long straight as Marquez began to pull away at the front. Rossi secured second on lap six but Marquez had already pulled out a lead of 1.6 seconds. 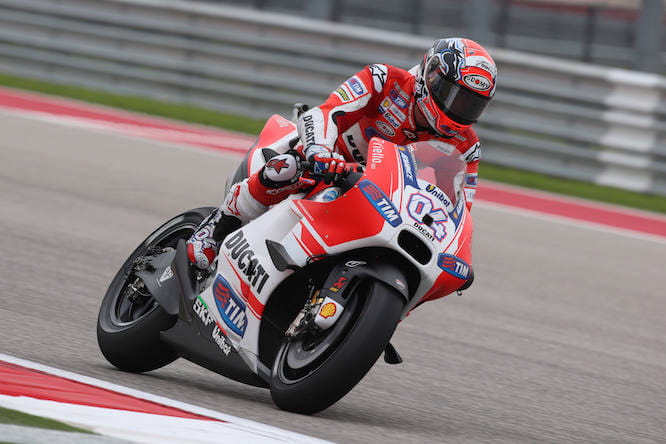 Iannone took Smith for fourth into the seventh lap, as a four way battled formed for second place. The Italian tried to take third from his team mate three laps later but Dovizioso was having none of it.

The Ducatis closed in on Rossi once again with six to go, as Dovizioso passed the Yamaha to take second on lap 15.

Having regrouped towards the end of the race, Jorge Lorenzo took fourth from Iannone on lap 19, the Spaniard having struggled with a bout of bronchitis throughout the weekend.

Andrea Iannone took fifth before running out of fuel on the cool down lap, ahead of British duo Bradley Smith and Cal Crutchlow. Suzuki's pairing of Aleix Espargaro and Maverick Vinales finished eighth and ninth respectively with Danilo Petrucci rounding out the top ten.