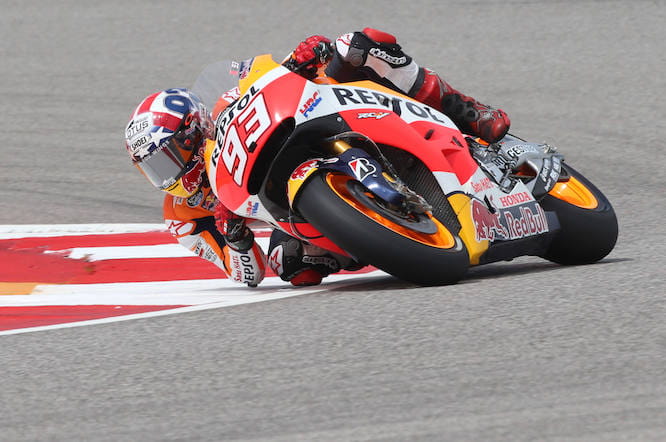 Marc Marquez has stormed to his first pole position of the season, despite his bike breaking down in the closing moments of this afternoon’s qualifying session at the Circuit of the Americas.

Andrea Iannone and Maverick Vinales were quickest in Q1 to secure their laps in the 15-minute shoot out for pole.

Marquez led the way after riders’ first runs in Q2, but drama struck for the Spaniard with three minutes to go as his bike seized up on the start finish straight. He pulled up, left the RC213V by pit wall and ran back to his box to take out his second bike.

Crutchlow was the first to lap under the lap record, putting the CWM LCR Honda momentarily on pole before Lorenzo pipped him on the Yamaha. However, it looked as though Andrea Dovizioso would take the top spot as he crossed the line with 30 seconds remaining with a fastest lap of 2’02.474. 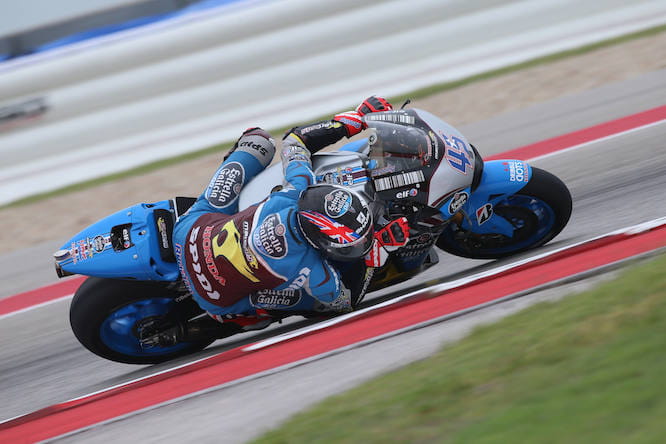 Determined not to let his technical gremlins hold him back, Marquez fought hard on his one flying lap with his second bike in the closing stages to trash his own lap record to take pole with a 2’02.135.

Iannone leads the third row ahead of Espargaro brothers Aleix and Pol, with Bradley Smith, Danilo Petrucci and Maverick Vinales on row four.

A strong grid position could prove essential for tomorrow's race as rain is forecast throughout the day.