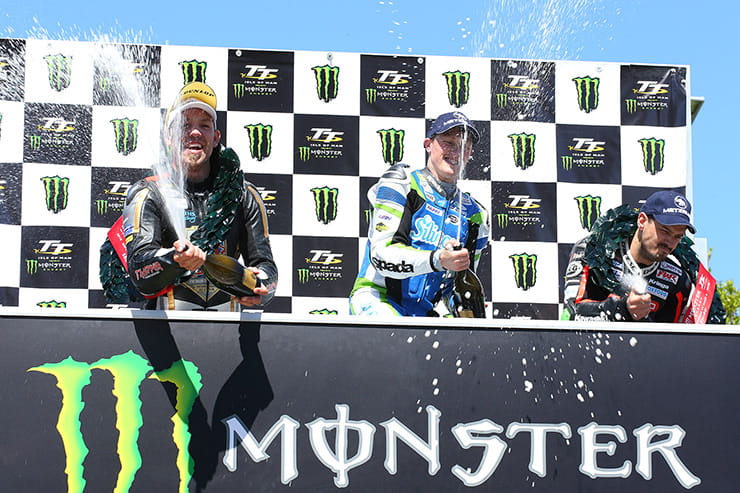 The outright lap record holder, Dean Harrison, took only his second ever Isle of Man TT win in the second Monster Energy Supersport race today, dominating the four-lap race from start to finish and breaking the overall race record by 8.8 seconds in the process.

The Silicone Engineering Kawasaki ZX-6R finished ahead of Peter Hickman’s Trooper/Smiths Racing Triumph with a winning gap of 18.671s. The Louth-based racer adds to his Superstock win from Monday as well as his third place finish in the first Supersport race. A further 11.778s down the road was the Quattro Plant/JG Speedfit Kawasaki of James Hillier who also finished in third in Saturday’s Superbike race. 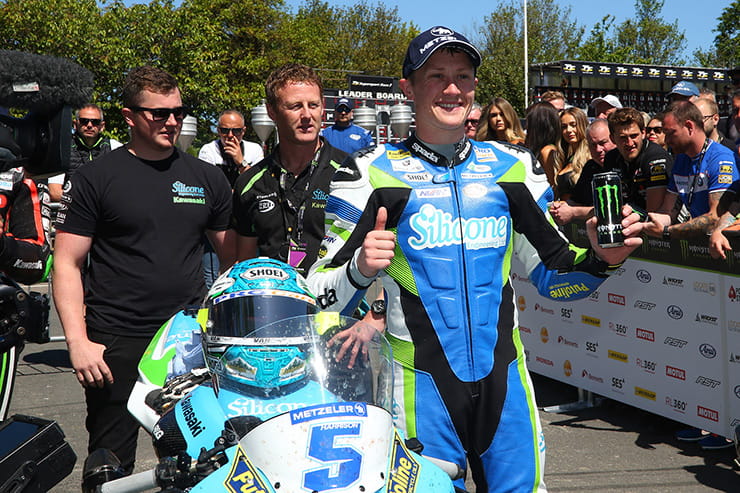 Adding to his Lightweight TT victory back in 2014, Harrison lead the field from start to finish, leading Michael Dunlop’s Honda by 1.8s at the first check-point at Glen Helen on lap one and he didn’t look back. Setting fastest times through every sector in laps one and two, he led Dunlop by 8.3s as the pair entered the pits at the end of lap 2. But it was the 17-time winner who incurred a 30s pit penalty for exceeding the 60kph speed limit pushing back to fifth place behind Harrison, Hickman, James Hillier and Conor Cummins. 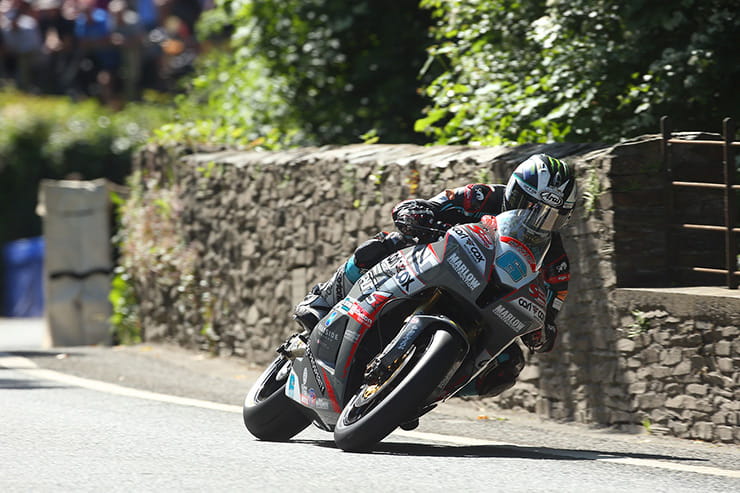 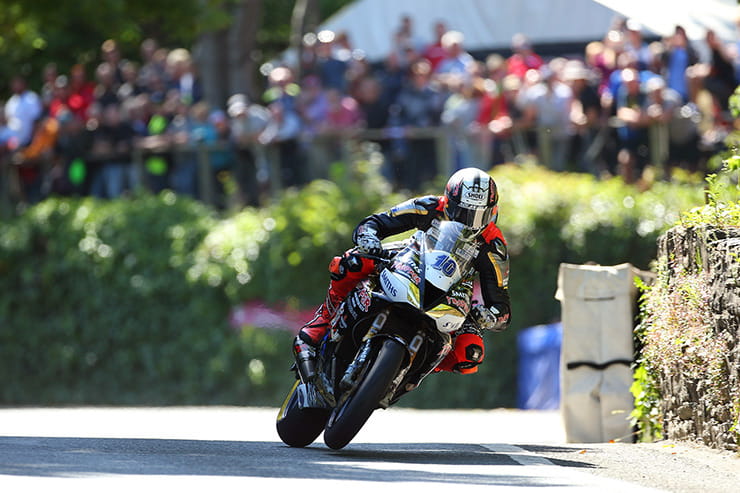 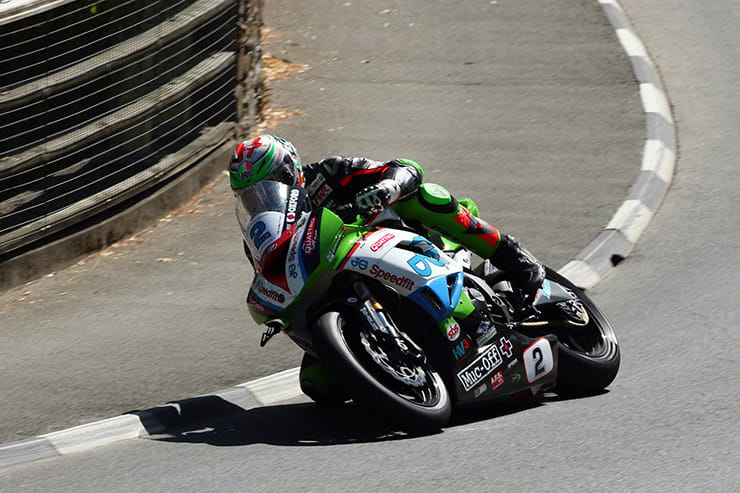 From there on in it was Harrison who managed his lead from there on it, leading Hickman by over 18 seconds for the final two laps. Having been so close to his second TT win before retiring from the Superbike race which was followed by a second in Monday’s Supersport race and a third in Superstock, nobody could stop the Bradford man from standing on the top step.

He said, “I got my head down at the start and pushed on. The conditions weren’t as good today as the other day with the heat but I kept pushing because I knew the other guys are strong but I know I’m good out of the box.”

“It’s so tough now, everyone seems to be on top of their game so it’s harder to win a TT. The bike was totally faultless, it was even better than race one.” He added.

Hickman and Hillier ran a close battle with the Kawasaki leading the Triumph in the early stages before Hickman slotted into third place by the end of lap one and stretching away once he’d been promoted to second place following Dunlop’s indiscretion.

The Superstock winner said, “Even before the race I knew Dean and Michael are so fast on these machines, so I knew it would be difficult to beat them. For the two races the bike’s been spot-on. She’d been a bitch last week (in qualifying).”

While Hillier was rather complacent about his final two laps, “On laps three and four, I really enjoyed it. The weather’s great and the track is in great condition, I didn’t even look at a couple of pit boards because I was just enjoying it so much.”

Michael Dunlop’s lap record of 129.197mph (17:31:328) set on Saturday’s first Monster Energy Supersport race was almost beaten by Harrison from a standing start who was only 0.8s shy after the opening 37.73-mile lap.