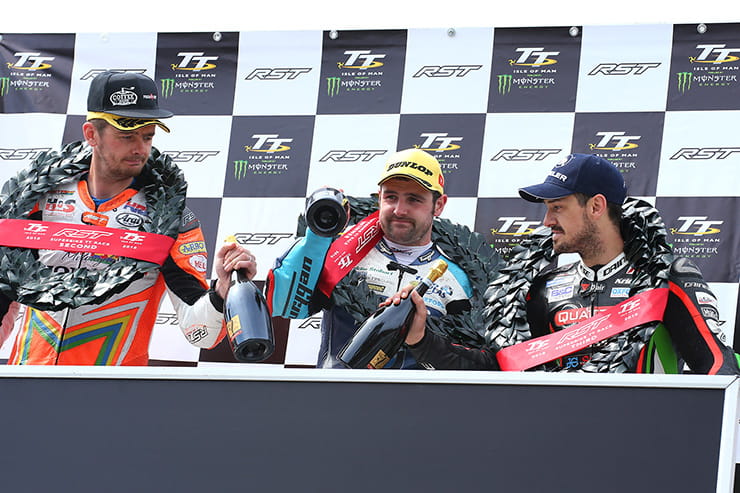 Tyco BMW’s Michael Dunlop grabbed his 16th win at the Isle of Man TT having spent the first three and a half laps chasing Dean Harrison. The Silicone Engineering Kawasaki rider flew out of the traps setting an outright lap record from a standing start before having to retire at the Sulby Crossroads on lap four with a broken clutch.

Having set the first ever 134mph lap seen around the TT Mountain Course at 134.432mph including a host of fastest ever sector times, Harrison stretched his lead over Dunlop to 18.7 seconds by Cronk-ny-Mona towards the end of lap two. Yet it was the Northern Irishman who began to nibble into that lead after the first round of pit stops hauling himself to within 4.6 seconds before Harrison retired. 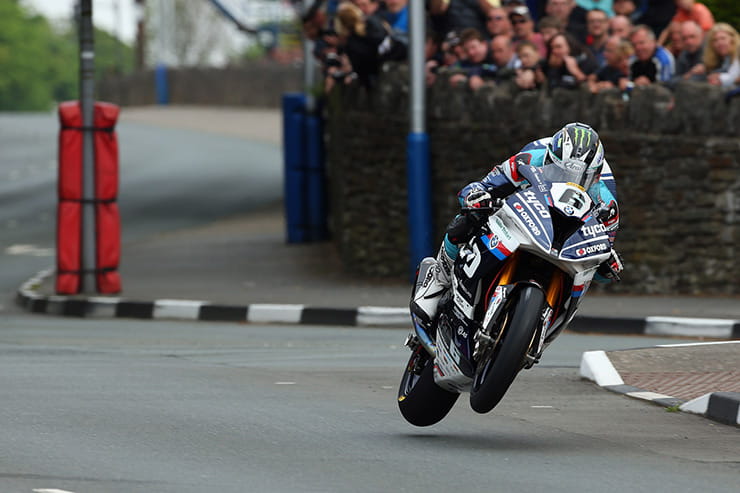 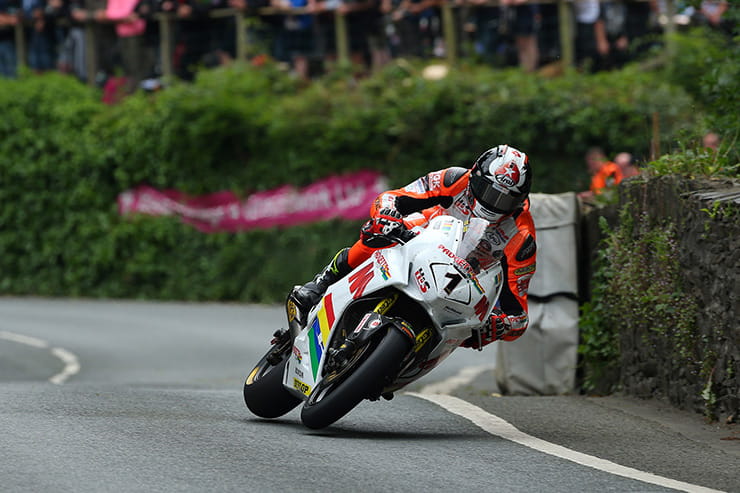 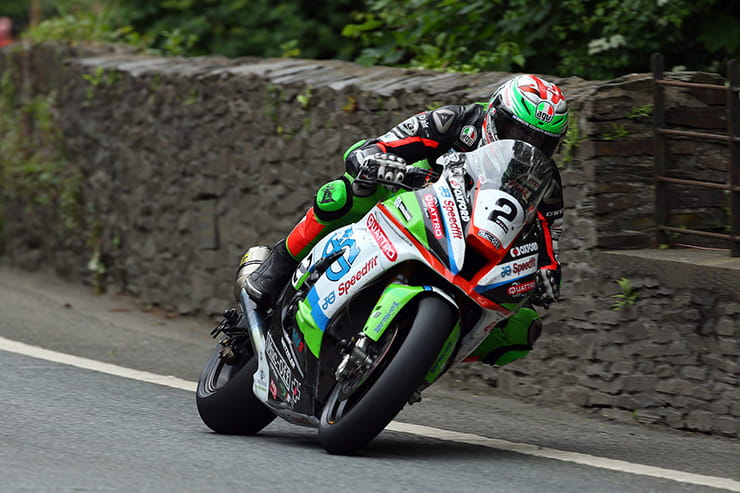 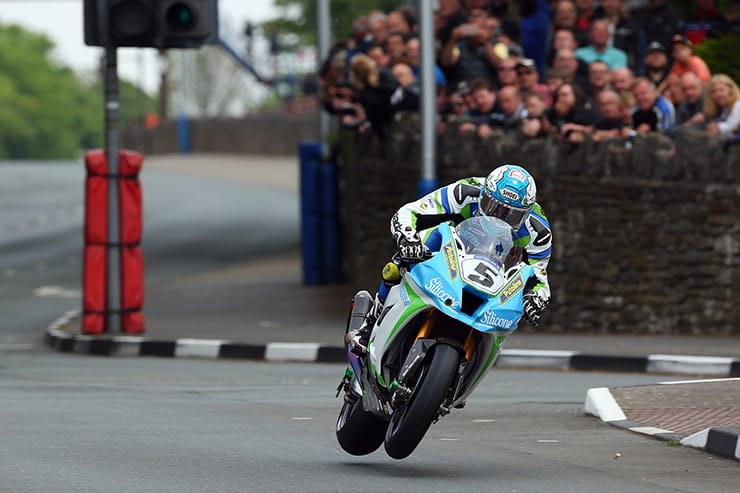 One of the pre-race favourites, Peter Hickman, on the Smiths BMW retired with a misfire in the pits at the end of the first lap having run as high as third for most lap one until the gremlins struck.

Once Harrison retired, it was the 29-year old from Ballymoney who already held a 38 second lead over Cummins which then stretched to 53 seconds by Ballaugh on lap 5 and from there on in it was all about managing the lead as the pair circulated the 37.73-mile Mountain Course together on the road.

The remainder of the race became a story of attrition as the likes of Honda’s Ian Hutchinson and the RAF Regular & Reserves Kawasaki of Gary Johnson retired from the top 10. The BMW pair of David Johnson and Michael Rutter came home fourth and fifth respectively. 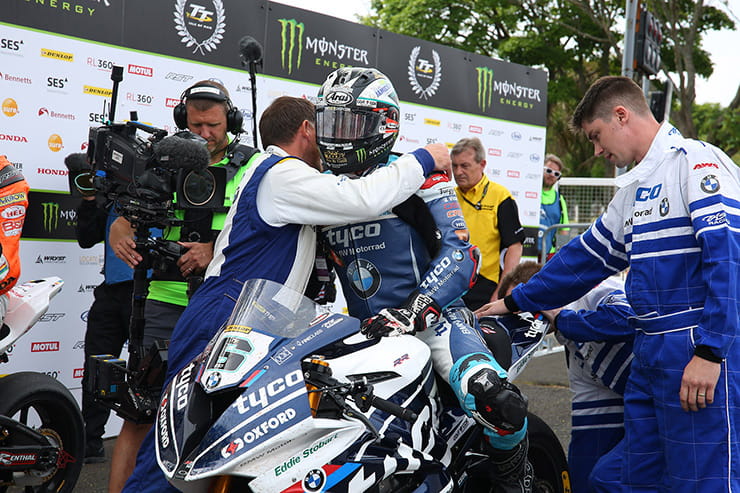 Dunlop’s 16th TT win now puts him equal with Ian Hutchinson in fourth place on the all-time winners list just one behind Dave Molyneux and seven behind John McGuinness.

After dedicating his win to the late Dan Kneen who died earlier this week, the BMW man said, “I had a problem with the rear end at the beginning but started to get my head down and find my rhythm after the first pit stop. I made a big charge but backed off when Dean retired”.

Speaking of his early race rival, he added, “I wasn’t surprise at all by Dean’s early pace, he’s been riding well all week.”

Dunlop has five more races this week with entries in the two Supersport races, Lightweight, Superstock and of course the Senior TT. Can he be the first man ever to win all six?

As a mark of respect for Dan Kneen who rode for the Tyco BMW team, the podium finishers refrained from the usual champagne spraying celebrations.