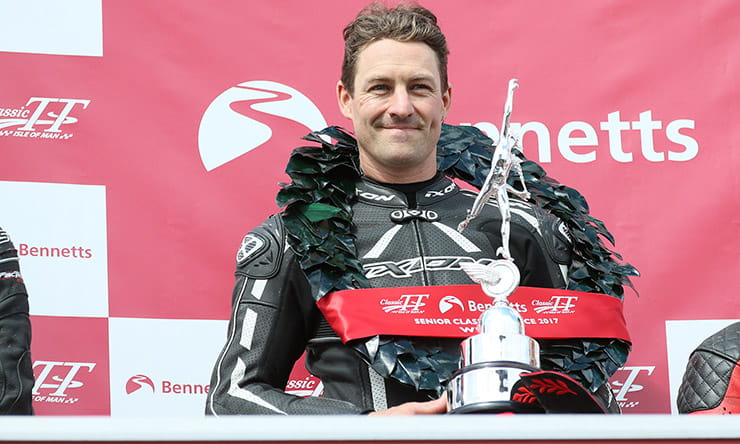 The Aussie star, riding a Paton, clinched the lead from lap one and clung on to it until the bitter end. Yorkshireman Jamie Coward - on a 500cc Norton - followed in second place with a speed of 109.412. William Dunlop finished third on his Davies Motorsport 500-4 Honda. He was 26.96 seconds behind Coward with a speed of 107.400. Michael Russell was the underdog of the race: finishing seventh as the privateer winner with a lap speed of 104.59 mph.

But it was Brookes who smashed the race with a lap speed of 110.167mph - slow compared to his superbike results but impressive for a machine modelled on vintage technology. His immaculate green-liveried Paton pushed through four laps of the world’s most demanding circuit.

So, it was a God-given ride: the bike behaved well, the conditions were fair and at one point Brookes’ lead stretched to 38.6 seconds.

He said: “I tried to guess how to work the engine without over-revving it,” he said, donning his flat cap in true 1960s style (to match his machine).

Brookes was also lucky in that he didn’t encounter many other riders during his race, “I passed somebody at the Sulby pub but there was a yellow flag shortly after so I think I arrived just at the right time.”

As for conditions, he said: “Conditions were ‘just-a-roll-off’ over the damp. It’s not like being on a superbike.” 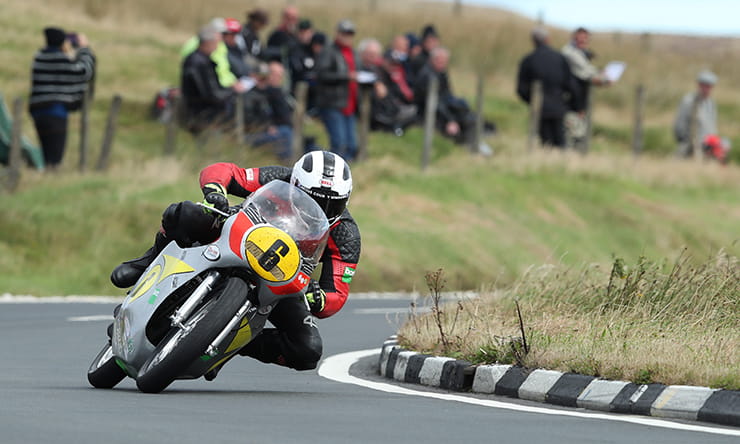 Josh had big shoes to fill in the Senior race. He sat in the saddle in replacement of John McGuinness, who couldn’t race due to injuries sustained at the Northwest 200.

Brookes said, It’s a double really: it’s really nice to be able to fill in for John as it’s a great honour but to also win the race for the team is amazing as well.”

The race was not without drama. A handful of the top contenders were out on the first lap: Michael Rutter came off at Ballacraine on lap one while Ian Lougher, Alan Oversby, Dean Harrison and Oliver Linsdell retired. Michael Dunlop retired with a fuel issue on his Black Eagle Racing MV Agusta 500.

All this played into the hands of Brookes and Coward, who also raced an exceptional four laps and even - albeit briefly - took the lead from Brookes on lap two.

Coward - riding for Ted Woof – said, “I just got my head down and raced as hard as I could. I knew we were capable of doing it and all credit to the boys in the team. We had a misfire at one point but we got it home.”

Coward shook off William Dunlop and Maria Costello - also on a Paton - throughout the race.

The Norton rider said: “I’m really happy but I think I’d like to go for a beer now.”

And so will Team Winfield - who proved the Paton machine is much, much more than a gleaming pretty face. 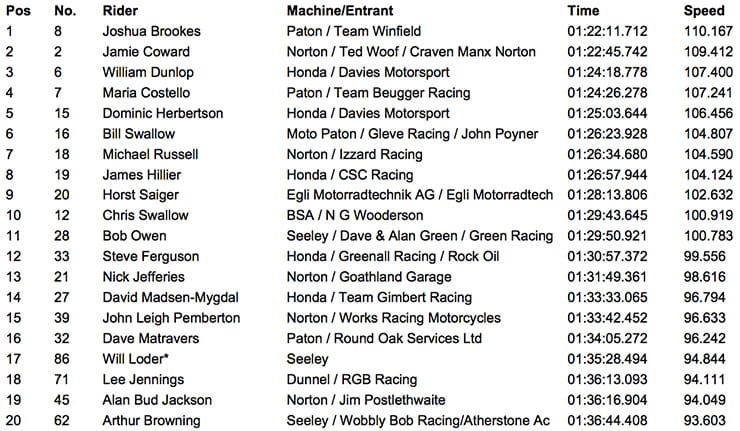 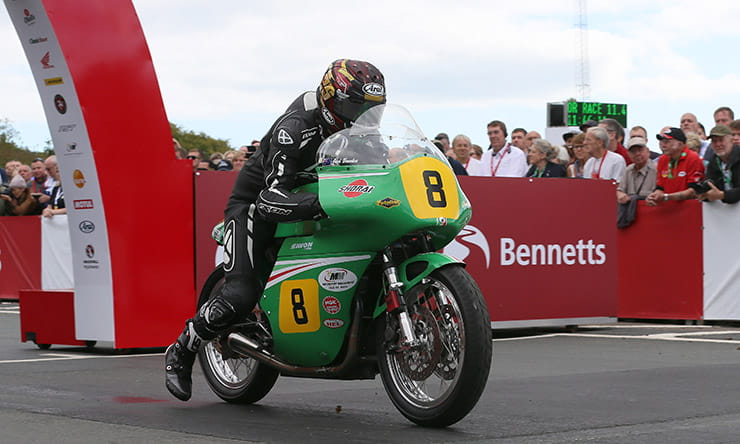