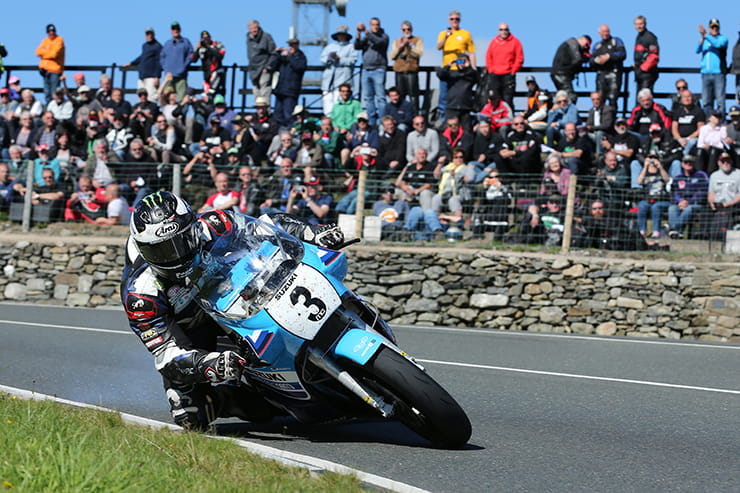 Michael Dunlop made it two wins from two starts at the Isle of Man on Monday as he followed up his morning’s win in the Junior Classic TT with a record-breaking win in the afternoon’s Superbike Classic TT race.

Riding the Team Classic Suzuki, Dunlop was never headed in the race and although Dean Harrison closed to within three seconds on lap three, courtesy of not having changed his rear tyre at the pit stop, the Ulsterman soon reasserted his control on proceedings. Aided by a new lap record of 126.808mph, he eventually took the win by 19.2s.

“I knew how quick I needed to go so kept at it and the big girl worked well for the entire race,” Dunlop said afterwards. “The bike’s phenomenal and to lap at 126-127mph on one of these things is pushing on a lot. People don’t realise how hard it is to ride one of them and it’s really hard work and when I saw my lead come down from 18s to 2s I thought something had happened!”

“I pushed on again and we got the job done. The boys in the team are in tears and that’s how much it means to them to win. So much effort goes into the bikes so it means a lot to me to win too and repay them with the victory.” 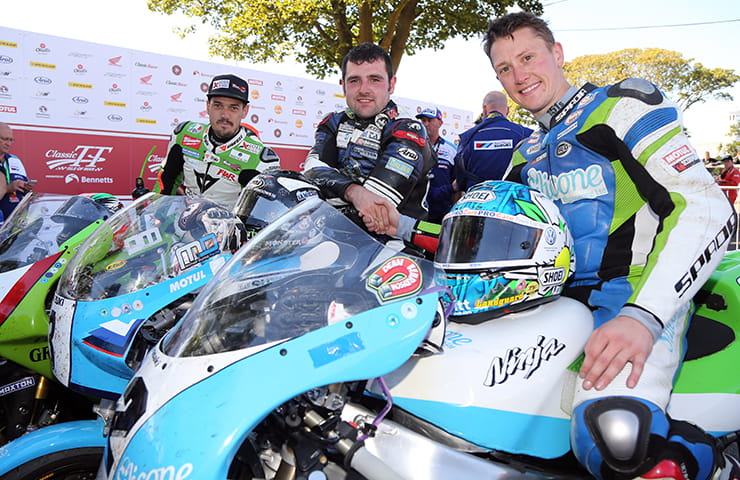 Dunlop took the lead at Glen Helen on the opening lap by 2.4s from Harrison with James Hillier slotting into third although one of the pre-race favourites Bruce Anstey was back in eighth. Meanwhile, Steve Mercer, who started at number one of the road, was forced to retire at Sulby after his Kawasaki expired.

As the lap wore on, Dunlop began to edge away although his opening lap speed of 125.872mph meant his advantage over Harrison was only seven seconds. Harrison’s lap of 125.026mph was, at that stage, the quickest ever 750cc lap around the Mountain Course, quicker than Jim Moodie’s 1999 mark of 124.45mph and that put him 4.6s clear of Hillier as Ivan Lintin, Dan Kneen and Gary Johnson completed the top six.

Kneen retired soon after as Dunlop extended his lead at Glen Helen second time around to just under eleven seconds. Indeed, it was clear he was on record-breaking pace and with his second lap speed being 126.808mph, a stunning new lap record, the gap had stretched to 18s, even though Harrison himself had gone quicker at 125.512mph.

The pit stops saw a number of riders gain and lose time and at Glen Helen on lap three, Dunlop’s lead had plummeted to just 2.3s primarily due to Harrison not changing his rear tyre. Hillier was still in third but Michael Rutter and Anstey were up to fourth and fifth as Lintin dropped back to eighth. Gary Johnson also lost time having overshot his pit.

As the third lap progressed, Dunlop pulled away and Harrison’s hopes had been extinguished by lap four as Dunlop built on his lead throughout the lap. The Ballymoney man came home for his second win of the day, the final winning margin being 19.2s.

Hillier’s strong ride saw him take a good third with Rutter, Jamie Coward and Horst Saiger filling out the top six after Anstey stopped on the final lap at Glentramman. Lintin’s luck also deserted him as he retired at Signpost Corner with a flat battery less than two miles from the finish.

Following post-race scrutineering, four machines have been disqualified from the final result due to technical infringements.

The machines of Dean Harrison, James Hillier, Jamie Coward and Horst Saiger have been removed from the results and the revised result is as follows: 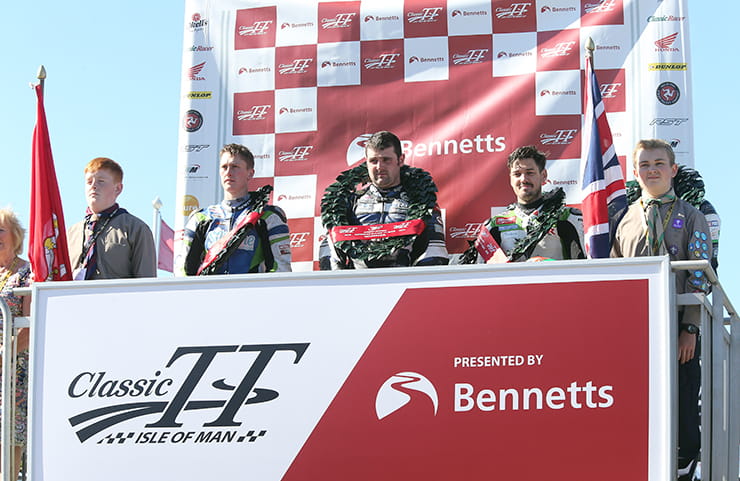 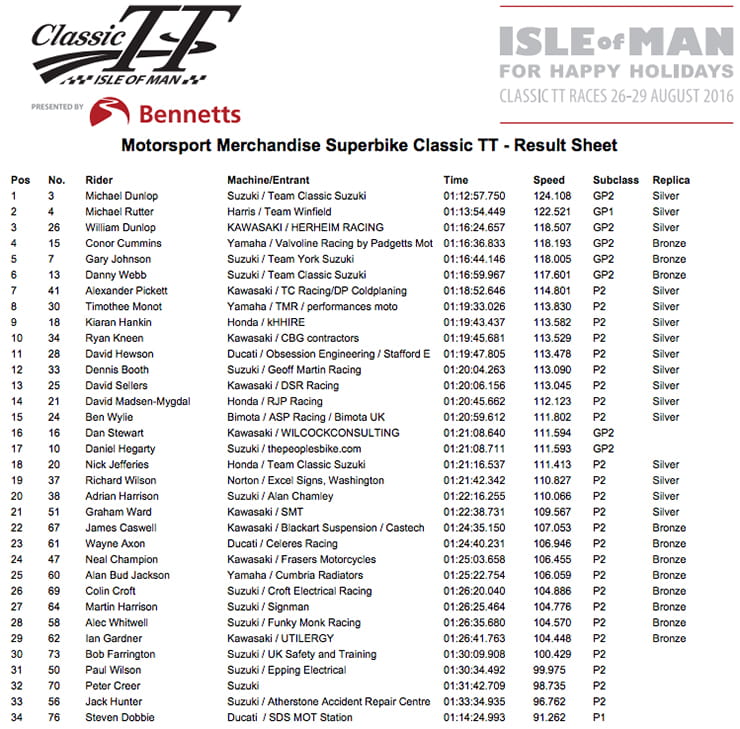