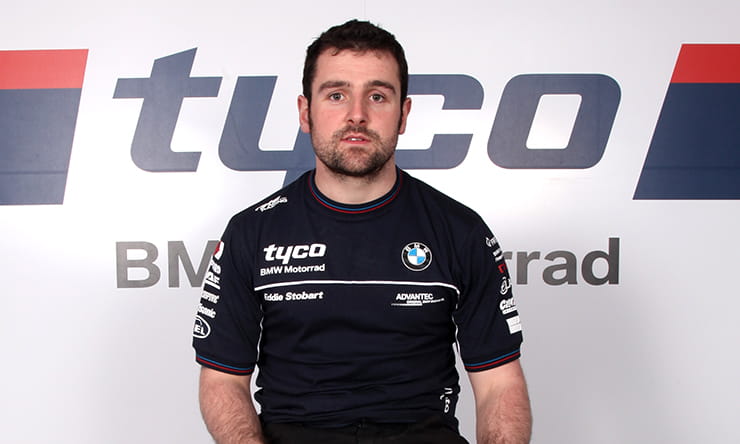 It’s been confirmed that Michael Dunlop will ride the Tyco BMW superbike at the 2018 Isle of Man TT, North West 200 and Ulster Grand Prix.

The Ballymoney rider, who recently confirmed his split with Steve Hicken’s Hawk Suzuki squad, is hoping a switch back to BMW power can help him add to his illustrious tally of International road race wins.

“Tyco and I have spoken many of times but nothing ever came of it, this year everything fell into place.” said Dunlop.

The 15-time Isle of Man TT race winner has had great success on the BMW S1000RR in the past and will look to continue this success with the TAS Racing team.

“I think it’s a good time for us both to have go at a partnership. I think both can bring something to the table and I’m looking forward to seeing the outcome.”

Dunlop’s passion for road racing is mirrored by that of father and son pairing Hector and Philip Neill, team owner and manager of TAS Racing. The Northern Ireland-based outfit have to date secured 27 International North West 200 victories and 18 race wins at the iconic Isle of Man TT.

Speaking about his new signing, Philip Neill, Team Manager, said: “It has taken some time for this to come together and I’m very happy to confirm Michael Dunlop and TAS Racing/Tyco BMW will finally work together in 2018. Michael and I have discussed options to work together on various occasions and I honestly believe this is a partnership that simply had to happen at some point.”

“Hector and I, together with all the guys at TAS Racing, are excited and looking forward to the challenge. We would not be in this position without the support of our partners Tyco and BMW Motorrad and both are extremely happy to reach agreement with Michael for the 2018 season.”

Tyco BMW and Dunlop will make their road racing debut together at the North West 200 on May 13th 2018, before heading off to the Isle of Man TT on May 26th.