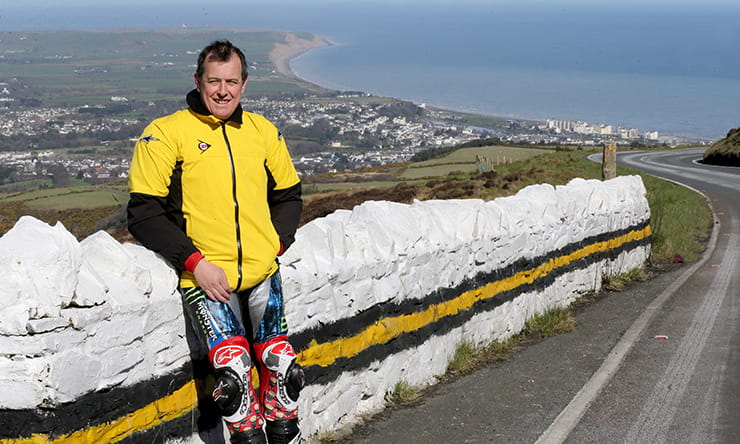 23-time Isle of Man TT winner, John McGuinness, could miss out on closing the gap to the late, great Joey Dunlop's record of 26 wins this year after a crash at the North West 200 has left the 'Morecambe Missile' with a suspected broken leg.

After a high speed crash during Superbike practice today (Thursday), the 45-year old was taken to hospital in Belfast. A report from Honda Racing's official Twitter account stated that McGuinness was "conscious and is going to hospital with a suspected broken leg".

McGuinness crashed on the Primose Corner section of the course towards the end of the practice session leaving the one remaining Honda Racing Fireblade of Guy Martin down in 19th position.

Following McGuiness' crash Honda Racing have taken the decision to withdraw Guy Martin and his Superstock bike from this evenings race. A statement from the team read:

"During Superbike qualifying at the North West 200 today, Honda Racing’s John McGuinness was involved in an incident at Primrose Hill.

Within a short time of the incident John was transported by ambulance to Royal Victoria Hospital in Belfast where he is currently undergoing treatment for a suspected broken right leg.

As is standard procedure following such an incident, John’s motorcycle is being held by race organisers after which time it will be released to the team.

As the team is unable to analyse John’s bike before this evening’s Superstock race, the Honda Racing team has opted to withdraw Guy Martin’s entry in today’s Superstock race as a precaution.

The Honda Racing team and John would like to thank the prompt action of the marshals, circuit staff and emergency services."

“John has been diagnosed with a compound fracture to his right lower leg, while in theatre on Thursday night it was not possible to plate the leg as initially thought due to the extent of the injury, and tomorrow an external fixator will be fitted.

In addition, John has also suffered four broken vertebrae and has three broken back ribs, John will wear a cast for up to six weeks in treatment for the vertebrae. John will remain at Royal Victoria Hospital for around one week as part of the recuperation process.”