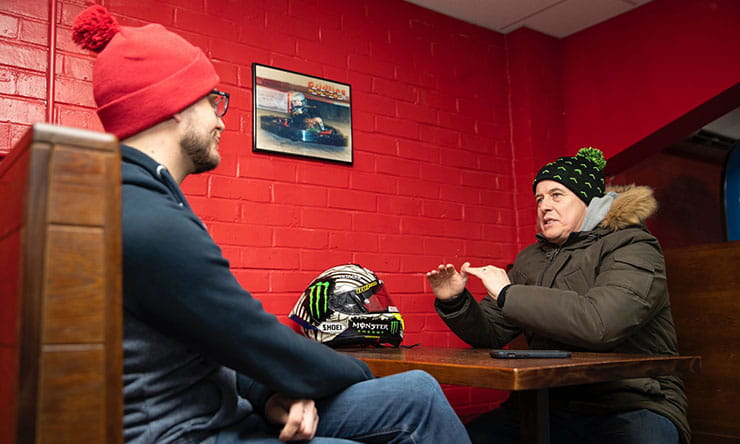 John McGuinness has poured cool water on thoughts of retiring from motorcycle racing amid talk that suggested the upcoming 2022 Isle of Man TT will be his last.

A veritable road racing legend, McGuinness sits second on the all-time winners’ list at the TT with 23 wins - three shy of the late great Joey Dunlop - but hasn’t tasted success on the island since his 2015 Senior TT victory with Honda.

For 2022, McGuinness is returning to Honda Racing in what will be his 100th TT start, which in turn coincides with turning 50-years old and the manufacturer celebrating 30 years of the Honda Fireblade superbike on which he has enjoyed the lion’s share of his success.

With this in mind, McGuinness - when interviewed after picking up his MBE for services to motorcycle racing - was recently quoted as saying this year’s event ‘could possibly be my last TT…[sic] I want to go and enjoy it and see where we end up’. 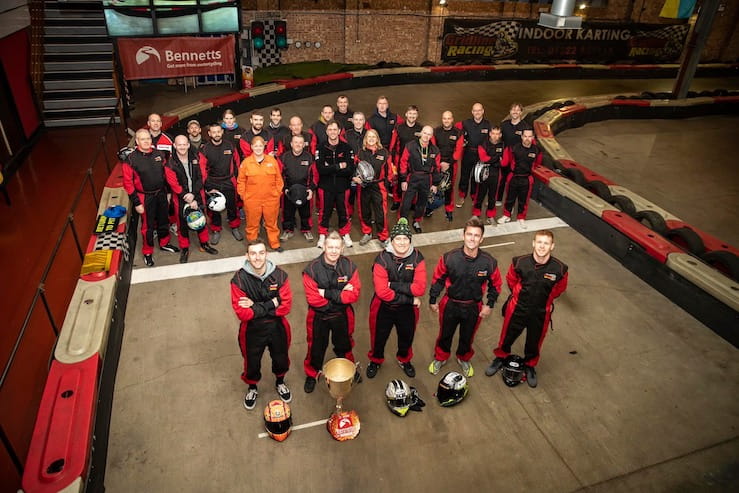 Above: John McGuinness (front row, centre) lines up alongside Bennetts BSB riders and BikeSocial members ahead of their recent go-karting showdown

Admitting to being a little taken aback by the wide publicity it generated, McGuinness told BikeSocial in an exclusive interview that though thoughts of retirement are there, he says any decisions on his future will be dictated by his experience at what is primed to be his first competitive TT outing in six years.

“I said something about retirement and then ‘boom’!

“I am not thinking about it, I am going to go as ‘John McGuinness - the TT racer’, a rider that is committed to the job. We’ll see where we end up.

“I don’t want to retire, I just want to stop… but if you retire and come back I think you look like a bit of a tool. I want to be flat out with a massive smile on my face, on the podium, 130mph+ lap, living the dream.

“The feeling I get, if I can’t get that back, it might be difficult or I might not enjoy it as much. I have had a lot of success and it’s hard if you can’t quite get back to that spot.

“But - I have said this before - I know I can’t finish the way it was with the Norton mess. I hope I know in myself when it is time to stop, I don’t want to keep going for the sake of it.” 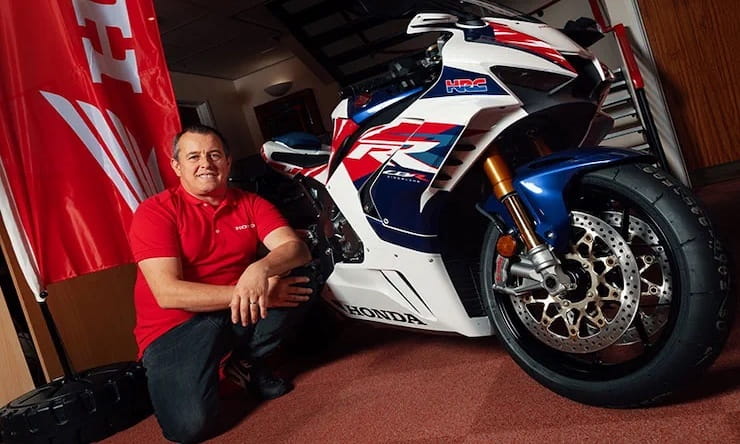 “You wouldn’t be human if you weren’t thinking about being 50 or that it is the 30th year of the ‘Blade, but I have stuck with that programme for a lot of years and you can’t talk about the bike without chucking me in at some stage.

“I don’t want it to be such that it’s all the attention. Honda has put a bit of faith in me again and they want to help Glenn, he is the future. So I wouldn’t want to say ‘this is my last one’, I don’t want to waste people’s time. I want to put on a good show.

“Also, when you say it is your last race, it is the one that gets you. Stick with the programme and then see what happens.”