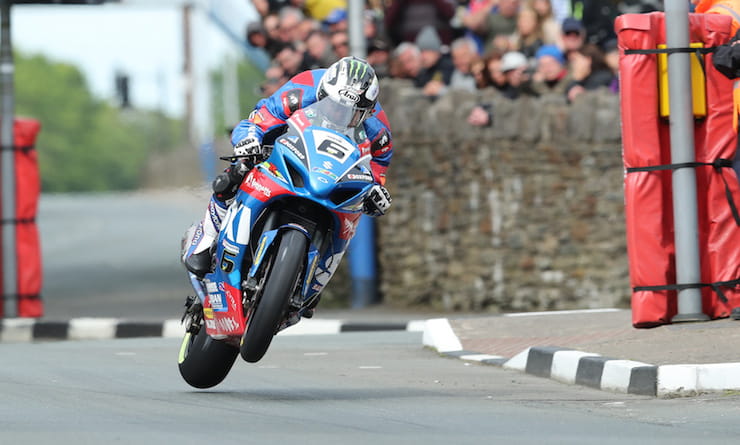 The Hawk racing team made the “impossible possible” by bringing a brand-spanking new bike to the Isle of Man with hardly any practice time around the 37.73-mile course on the machine.

Dunlop marked his return with a huge burnout in parc ferme having taken the chequered flag in the shortened four-lap race, and said: “We made the impossible possible. We had a brand new motorbike, Steve, Stewart, the boys, it was hard work and I was under a lot of pressure there. Can’t say enough - bike never missed a beat.”

“Too many to count. Bring me here on anything, I’ll win on it. That lady coming home, that’s the main thing. The potential was coming and if I had what I had now at the North West that would be a different story. I’ve been very sore on them just to get this - this is the end product and this is what we wanted. I only want to be here in the middle of the podium and we got here again.”

The first part of the Senior TT saw Tyco BMW’s Ian Hutchinson leading until he crashed at the 27th Milestone on lap two. Hutchinson was airlifted to hospital with a broken femur. 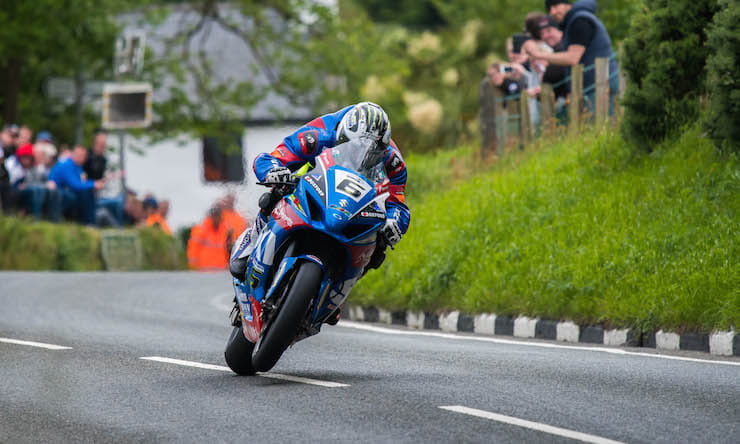 But for the re-started race, Dunlop had clearly given himself a talking to and made a change to the rear shock. From lap one the Ulsterman led the race with a lead of just 1.514 seconds in front of Bruce Anstey with Dean Harrison in third place and Peter Hickman in fourth. But that line-up didn’t last long. By lap two Hickman pushed through to second place, just four seconds behind Dunlop. However hard Hickman pushed though - and he pushed hard – no-one could catch Dunlop. Hickman rode even faster than he raced in Sunday’s Superbike race but Dunlop proved to be impossible to beat.

Hickman finished second by 13.320s, capping off a fine week. He said: “This is mega, the bike’s run mint, the pitstop was mega and the race went really great but Michael was just a bit too good. A huge thanks to everyone and all my sponsors and fans out there. All the way round there were people clapping and cheering. I had a sore leg all week but it didn’t bother me all that race, it must have been the adrenaline.”

Hickman battled hard for his second place, riding even faster than he raced in Sunday’s Superbike race but Dunlop proved too difficult to beat.

Norton also had a good race, Josh Brookes smashed a lap speed of 130.551 - his first 130 plus lap on a Norton. The Aussie finished sixth, behind Michael Rutter, in fifth and James Hillier in fourth. Dean Harrison had another good run, clinching a third finish.

He said: “It hasn’t sunk in yet but I’ll know what it feels like once I’ve got a few beers down me.”