Hickman ruled out of Classic TT 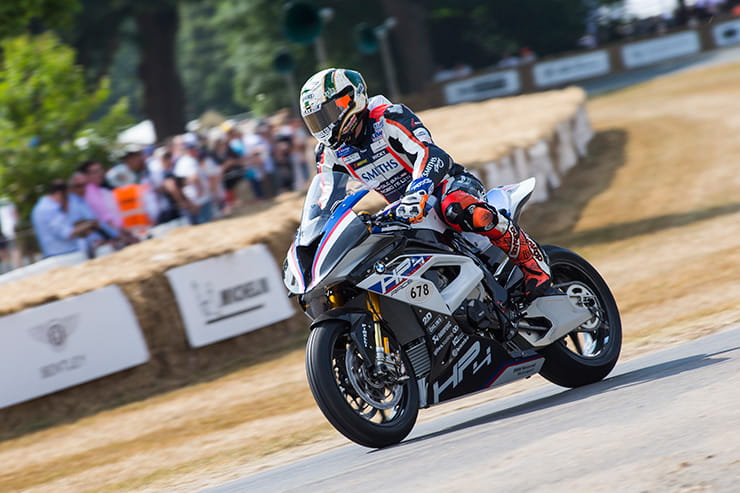 In news that is sure to disappoint many classic bike racing fans, the Isle of Man TT lap record holder, Peter Hickman, has ruled himself out of the Bennetts Classic TT at the end of next month.

Currently lying 11th in the Bennetts British Superbike championship standings after making a mixed start the season, the Smiths Racing man is prioritising the short circuit championship rather than risk injury at the Classic TT, part of The Festival of Motorcycling.

Hickman told BikeSocial at last weekend’s Goodwood Festival of Speed, “I really enjoyed racing in the Classic TT in 2015 but I can’t risk jeopardising my BSB season if I got injured.”

Despite scoring points in eight of the ten races thus far before Brands Hatch this weekend, the BMW man’s highest finish is 6th at Snetterton and he goes into round 6 on the Brands Hatch GP which marks the halfway point of the season, 33-points behind Danny Buchan in sixth, and the final Showdown place.

Hickman raced at the Classic TT in 2015 with Mistral Racing on a Kawasaki ZXR750 and despite being fastest in practice his race ended in retirement having run in the top four on lap one.

Just days after enjoying his first ever taste of victory with the Superstock win at the Isle of Man TT last month, the 31-year old went on to claim his second win in the Senior TT later that week.

The two-time TT winner set the first ever average lap above 135mph while taking victory in the Senior TT on the Smiths Racing BMW S1000RR. A lap record time of 135.452mph makes Hickman the only man to have broken the 135mph barrier. And only he and Dean Harrison has lapped above 134mph.

Hickman remains the fastest ever newcomer to the TT as well as holder of the Superstock TT lap record.