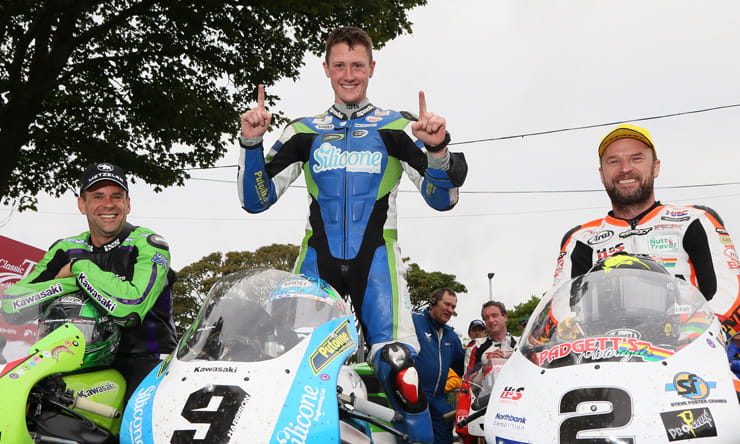 Dean Harrison stomped home to first place in the Classic Superbike race by 16 seconds at this year’s Classic TT on the Isle of Man.

Race winner Harrison had set a new Classic Superbike lap record with an average speed of 127.212mph but it was New Zealander Bruce Anstey who then record in the end with a speed of 127.496mph. And that was his speed as he was slowing down to come into the pits!

That, at least, was some consolation for finishing second after Yorkshireman Harrison.

Indeed, Harrison’s Silcolene Racing team are proving hard to beat, both in the regular TT and the Classic. Harrison’s machine, a ZXR Kawasaki, was perfected days before race day with some decent lap time in practice and the proof of that preparation was in the pudding: a 16 second win over Anstey, who was riding a Padgetts Racing 1992 YZR 500 Yamaha.

Incidentally, Anstey’s machine and all its parts were entirely original, with no spares.

Horst Saiger, on his Greenall Racing ZXR 750 Kawasaki, finished third - making this his first podium finish on the Isle of Man. 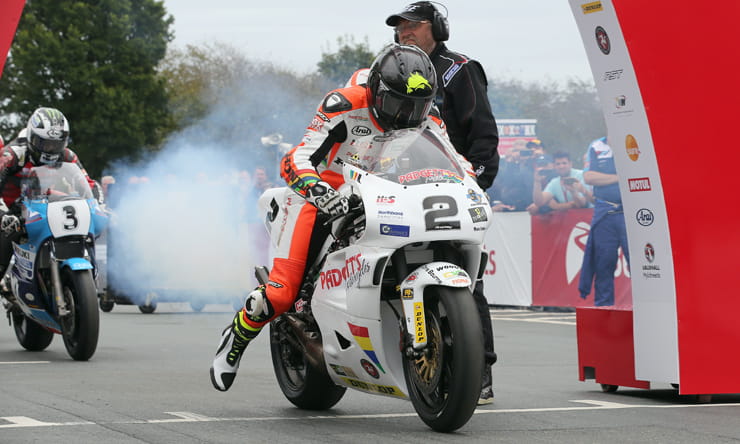 But it was Harrison who was king of the road for the majority of the Classic Superbike race this year, leading with a gap of up to 30 seconds at Glen Helen on lap three.

The gap then narrowed until it looked as if Anstey might steal the lead as Harrison looked to be easing off.

Speaking after the race, Harrison said: “I could see that we’d got a lead of thirty seconds so I cruised a bit on the last lap because I’ve been under the weather, so I was over the moon to win.”

Harrison also thanked the ultra-efficient Team Silicone. “The team has been together all year and we had a great pit stop – they are just getting slicker and slicker. I’d like to thank everyone for cheering me on and the marshals for doing a great job all week.”

Aside from the pit stop the race had been a struggle for Anstey, who won the Lightweight Race earlier in the week. He said: “I had a bit of dust kicked up so I just took it easy on the first lap and then we lost time in the pits because we have to take on more fuel than the four strokes. However, I was pretty determined on the last lap and just thought I’d go for the lap record.”

Horst Saiger was thrilled with his podium finish. The Liechtenstein rider said: “This is really great. I’ve been waiting a very long time to be here so I am over the moon to pass this entry into the Winners’ Enclosure. I had my first top ten finish at the TT this year and now this.”

Aussie David Johnson was the first away in the race, leaving the line at 2.05pm on his Team York Suzuki and finishing fourth behind Horst - who led Johnson with 23 second lead towards the end of lap four. 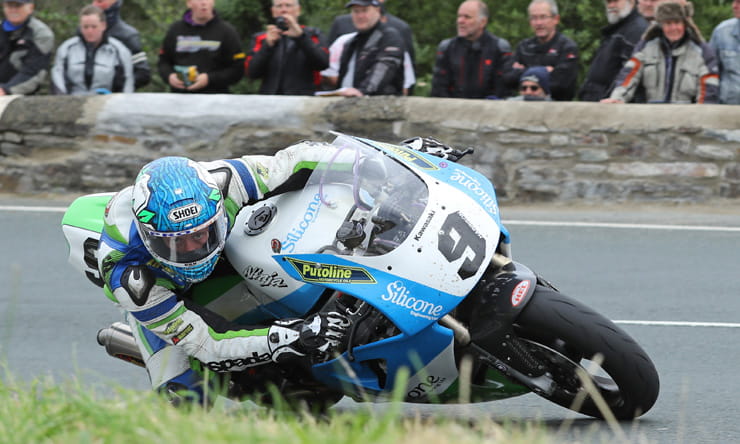 Michael Dunlop - on his Team Classic Suzuki XR69 - was ahead of Anstey until he dropped to eleventh place at Ramsey on lap one and then pulled in to retire at the end of the lap. James Hillier also retired at Ballacraine on the second lap. 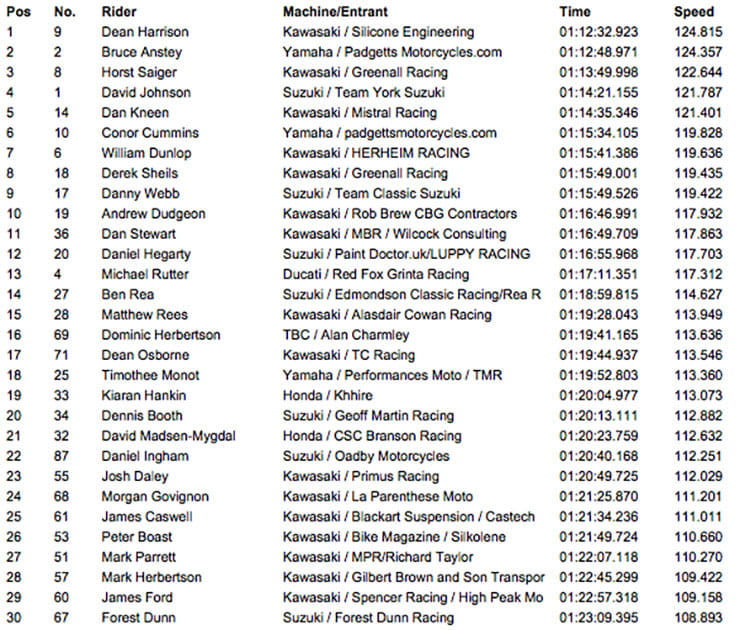