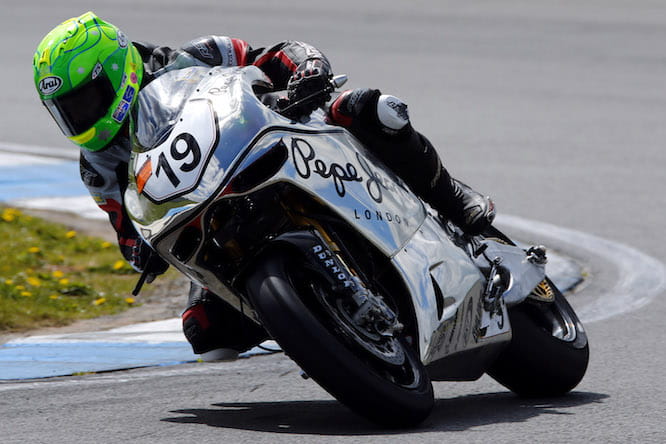 Norton will roll out a fully British built motorcycle at the Isle of Man TT within the next two years, according to the firm’s CEO.

Stuart Garner, owner and Chief Executive of Norton Motorcycles tells Bike Social that a 100% British-built Norton could be ready to compete at the TT as early as 2017.

The iconic British marque returned to Isle of Man TT racing in 2012 with a chassis built by Garner’s team in the Norton factory then based at Donington Park. As Norton doesn’t currently produce an suitable for an Island racer, they turned to Aprilia and opted for the super-powerful V4 motor from the RSV4 superbike.

They have since heavily revised the V4 powerplant for their SG race bikes, but Garner has long maintained that the plan was always to move to a motor built in-house and now says the firm is ‘about a year away’ from reaching this stage.

“I think we are about a year away from having a fully British built bike”, Garner said speaking to Bike Social. “That is a massive achievement for our little business to be able to put a bike on the grid that is 100% Norton, including engine and chassis. 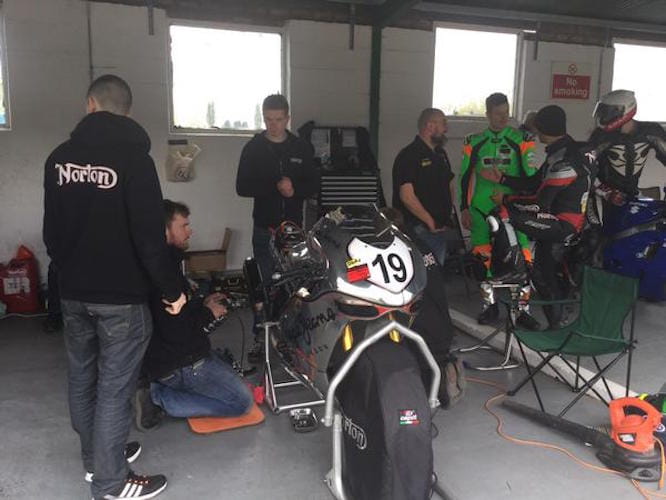 “To think that we would be putting that bike against some of the global giants of the motorcycle industry is a huge achievement and while we haven’t posted a time, or result we’re in there pitching and starting to compete on terms. It would be a brilliant result for the team.”

While Garner reckons the project is about a year away from completion, he says that that doesn’t necessarily mean the bike will be ready for next year’s TT in 12 months’ time.

“Whether we quite make the TT with it next year I don’t know, it’ll certainly be ready for 2017. We’re pushing on with that and developing it and it will go racing when it is ready. We’ve learned a little bit of humility about saying ‘we’re going to go and do this and this on this date’, because when your plan hits life, and hits the engineers, shit happens and you have to be flexible and be able to say ‘Ok, it may not be 2016 but we are very certain it will be 2017’. We’re in there, we’re developing it, let’s see. It remains the number one focus of our project, to deliver a fully British Norton to the grid.”