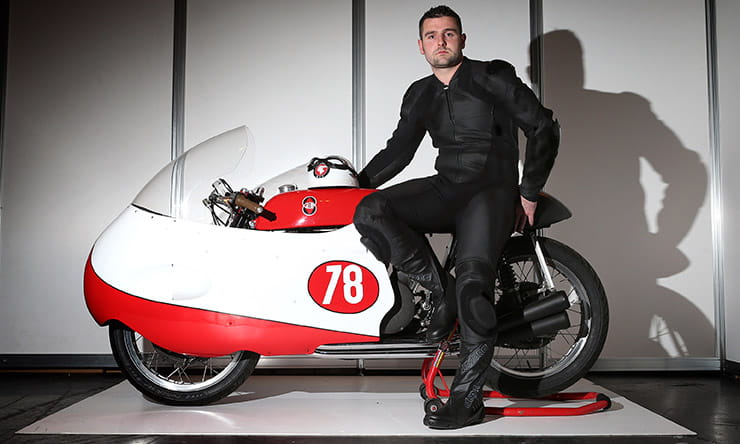 To celebrate the 60th anniversary of the first 100mph lap of the iconic Isle of Man Mountain course, Michael Dunlop, the fastest ever man around the circuit, will ride an exact replica of the Gilera ridden by Scotsman Bob McIntyre on that landmark lap in 1957.

The 1950s will be the theme for this year’s Classic TT presented by Bennetts, which takes place from the 26-28 August, and the party atmosphere will no doubt see fans and racers dressed in period outfits.

Again there will be four races at the festival, each over four laps. Dunlop will race the four-cylinder Gilera, which has been painstakingly recreated by classic Italian bike specialists Kay Engineering, in Saturday morning’s programme-opening Senior Classic TT for 500cc bikes, while the afternoon sees the more modern 250cc two-strokes take to the starting grid for the Lightweight Classic TT. Saturday’s schedule will also feature a parade of pre-1975 vintage machines.

Monday’s race activity kicks off with the 350cc Junior Classic TT and racing concludes with the big bikes in the Superbike Classic TT, while a parade of more modern post-1974 machines will also work their way around the 37.73-mile course.

The Classic TT is one of the friendliest, most colourful and aurally stimulating events on the motorcycling calendar and the addition of the stunning Gilera, complete with the ‘dustbin’ fairings that were outlawed by the FIM in the year after McIntyre’s 100mph lap, will doubtless add further appeal to the festival as it enters its fifth year.