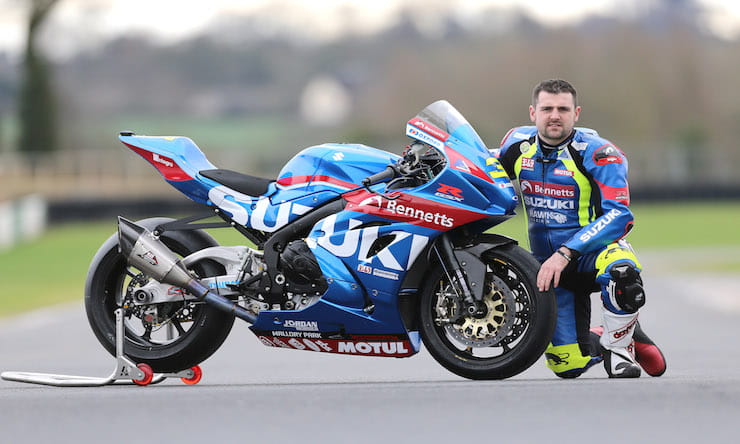 Michael Dunlop, the fastest ever man around the Isle of Man TT course, will switch from BMW to Suzuki power for the 2017 road racing season after putting pen to paper to race the new GSX-R1000 for the Bennetts Suzuki team.

The 13-time TT winner has thrown his name in the hat for the most highly anticipated road racing season in years as he looks to take the new Suzuki GSX-R to the top step in 2017.

Chatting to BikeSocial while preparing his new bike at Hawk Racing Bennetts Suzuki’s workshop based at Mallory Park, Dunlop explained how the deal came about – "I’ve known the Hickens for a long time now and we’ve been talking since the team got the deal with Suzuki. With the new bike coming it’s been a bit different and we had to gather up exactly what was happening. But I know Steve and I know Stuart, as people, and I know they can take a new bike and get it right”

Dunlop and the team are still working on the spec of their new GSX-R, but the Northern Irishman has already been impressed with the support shown by the Japanese manufacturer. He said: “Look at that superbike, its madness, fair play to Suzuki, it’s nice for them to show this much support. This is a good team and there’s a good link with Yoshimura this year too. It’s going to be interesting this year”

The new-for-2017 Suzuki GSXR will get its first taste of road racing in early May at the North West 200, before Michael and the team switch their attention to the iconic mountain course for the for the all-important TT races. The Southern 100 and Ulster Grand Prix road races will then round out a packed year of racing for the Northern Irishman. 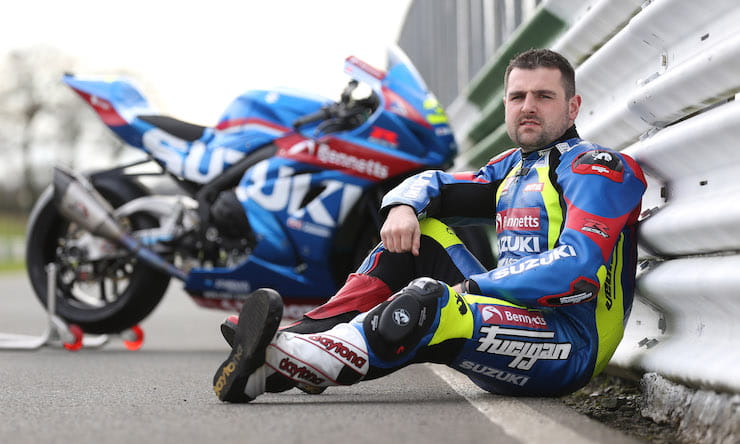 After a successful year with the Hawk Racing outfit in 2016, wrapping up both the Superbike and Senior TTs as well as setting the new outright lap record of 133.962mph, team manager, Steve Hicken was keen to continue this winning partnership into 2017. He said: "We've known Michael for a long time and always wanted to work with him again this year, so we're really pleased we've been able to put a deal together.

“We've made good progress already with the development of the new GSX-R1000 and we know the potential is there with the bike. With a proven winner like Michael onboard there's no reason we can't be winning races right away. That's got to be the aim."

Hawk Racing, Dunlop and the team will begin their busy testing regime today (Wednesday) at Mallory Park before heading out to Spain for a series of pre-season tests. Dunlop will then join Bennetts Suzuki British superbike riders, Sylvain Guintoli and Taylor Mackenzie, where he will race in the opening round of the British superbike series at Donington Park, 31 March – 2  April.

Stay tuned to BikeSocial’s Twitter and Facebook channels for live testing updates from pit lane over the coming days.