Donald out of Classic TT with broken wrists 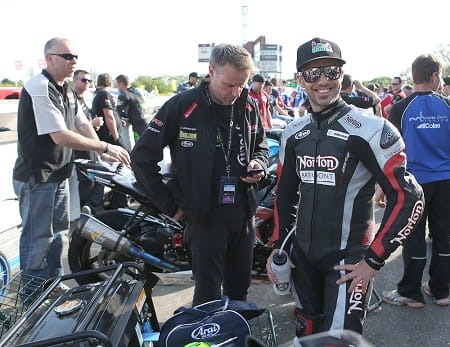 Aussie TT star Cameron Donald will miss the 2014 Classic TT presented by Bennetts after breaking both of his wrists in a training accident.

Donald, who was due to compete in the 350cc and 500cc races at this year’s event for Ripley Land Racing, fell while competing in a dirt-bike event back home in Australia.  It’s believed Donald was also set to undergo testing with his Norton TT team during his time back in the UK this summer.

“It was pretty muddy in the morning but it was drying out and uphill there was about ten axle-deep ruts I landed cross-rutted and clipped a tree on the side of the track and pole-axed myself over the bars,” said Donald.

“My left wrist only has a very small fracture so that remains out of plaster and should be fine, which is good, but my right one was done pretty bad and I had to get pins, plates and screws put in that.

“I just had to let Norton and the team saying that I won't be able to do the upcoming tests or the Classic TT, will have to miss August, gutted, but as they say, sh*t happens, unfortunately.”

It’s unknown whether the team will replace Donald, as they had been looking for a second high-profile rider to run alongside the twice TT victor.

The Classic TT presented by Bennetts is set to take place over August bank holiday weekend.