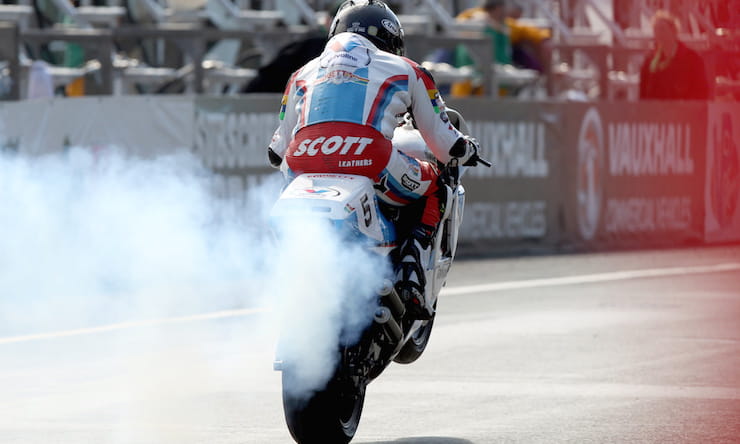 There really isn’t anywhere more fitting for a massive gathering of classic racing machines than the mecca of motorcycling itself: the Isle of Man.

So, it’s not surprising that the Classic TT is a staple in the motorcycle diary, everyone’s diary, be it top road racers, short circuit riders, collectors, race teams and, most of all, the enthusiast. And all flock to the motorcycling’s historical epicentre for a few days at the end of August.

This year sees new blood such as 2015 British Superbike Champion Josh Brookes, alongside the return of Danny Webb, Lee Johnston, Bruce Anstey, Michael Dunlop and Steve Plater on the Honda ‘Six’. Albeit Plater isn’t racing, he’s only taking part in the Parade Lap.

So, what’s the secret to the Classic TT?

The Isle of Man Government’s TT & Motorsport Development Manager, Paul Phillips, said: “I think it is a mix of things. We have the greatest race circuit in the world. We have unrivalled motorcycle racing heritage. And we have the knowledge and skills on island to relationship manage and deliver all the elements required to put on a world-class event. With the growth of the TT in recent years, it has provided a unique platform to do other TT branded events and deliver success quickly.”

And this year, those elements include the Bennetts Senior Classic TT race (see start list below), featuring a range of classic (pre-1972) machines, the Lightweight TT, which features 250cc machines, the Superbike race - which features the bigger post classic machines such as Michael Dunlop’s 1100cc XR69 Suzuki. Then there’s the Vintage Parade and the Retro Parade lap and - as if that wasn’t enough - there’s also a lap with that Honda ‘Six’, one of the most exotic racing machines in motorsport history.

Oh, and let’s not forget the Bob McIntyre lap, in honour of the 60-year anniversary since the determined Scott broke the 100mph record on his Gilera, Michael Dunlop, the current lap record holder at 133.962mph, will ride a replica Gilera on Saturday 26th August. 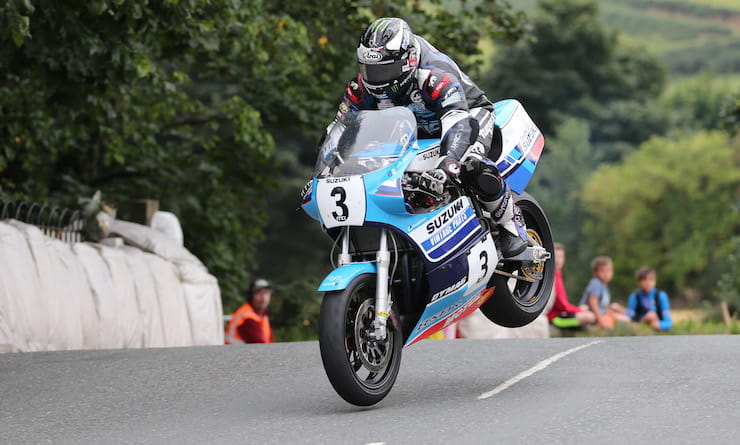 The Classic TT also sees the return of Sports Motorcycles Ducati, the Manchester-based team who last graced the Manx Mountain Course with Mike Hailwood in 1978.

The event runs from August 25th to August 28th and takes place on the circuit, with the main activity centrering around the Grandstand. On the Sunday riders, teams, machines and fans flock to Jurby for the former airfield’s mini motorcycle festival. The Jurby gathering attracts thousands of people and dozens of riders, among them for this year’s event are Steve Parrish, Ian Simpson, Phillip McCallen and Josh Brookes.
In other words, there is a hell of a lot going on.

But the striking feature of the Classic TT is the sheer effort to which teams go to run classic machines capable of racing around the most demanding road race circuit in the world.

Indeed, it’s not hard to see how this event has become one of the biggest classic gatherings in Europe.  And, as the classic scene grows, it’s likely to grow with it.
Paul Phillips said: “The Classic is growing quicker than the TT. But we are starting from a lower base and the total visitor number is only a third of the TT currently.”
But Phillips is keen to attract younger visitors, as well as those who remember the heady racing of the 1960s and 1970s.

He said: “One thing I felt was important when coming into this was to reconsider what ‘classic’ meant and introducing events like our Superbike and Lightweight Races, which feature machines from the 80s and 90s. This has opened up classic racing to a new generation of people which is definitely contributing to some of this growth.”

Though Phillips does have a soft spot for the modern classics…
Asked as to what his Classic highlight is likely to be in this year’s event, he said: “The Superbike Races. That’s my generation of bikes from when I was growing up watching the TT and seeing them being ridden hard again on the same circuit by today’s best TT riders brings back a lot of good memories.”

“I also really enjoy the feature parade events we have done and this year the Bob McIntyre 100mph Lap Demonstration with Michael Dunlop and the Honda 6 Demonstration Lap with Steve Plater should both make for incredible spectacles.”

They will indeed. Long may the Classic’s growth continue. 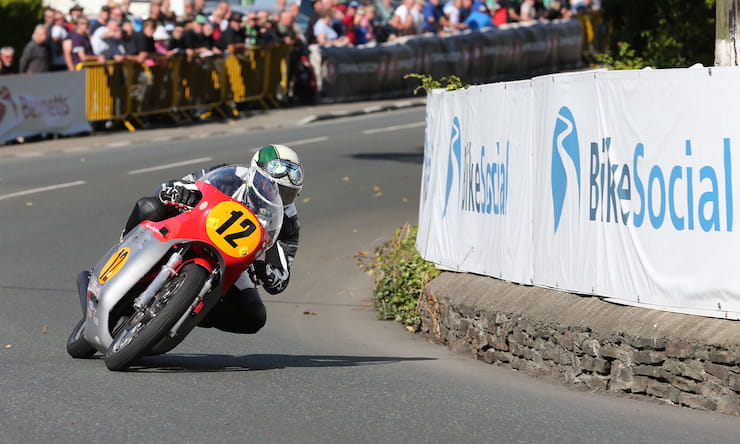