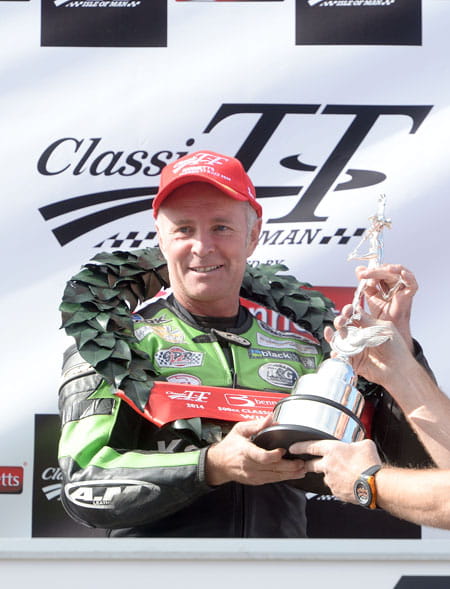 Road Racing veteran Ian Lougher has been crowned the winner of this afternoon’s Bennetts 500cc Classic TT, a race which turned out to be a dramatic one, with many of the top TT stars retiring from contention during the four laps. Despite being awarded a 30-second penalty for jumping the pits at the start of lap two, Lougher put in a determined performance to complete the infamous 37.75-mile Mountain Course aboard his 1968 CMM Paton BIC 500 in first place. 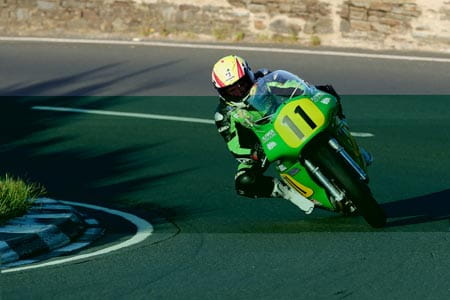 Despite a one-and-a-half hour delay to the scheduled start time, the race finally got underway at 2pm. Having topped the timesheet in last night’s practice session, John McGuiness led the proceedings for the 500cc race. However, after experiencing problems with the 2014 Paton 500 and losing speed through Sulby on the first lap, the ‘Morecambe Missile’ had no choice but to retire his 12-second lead shortly after at Ginger Hall. 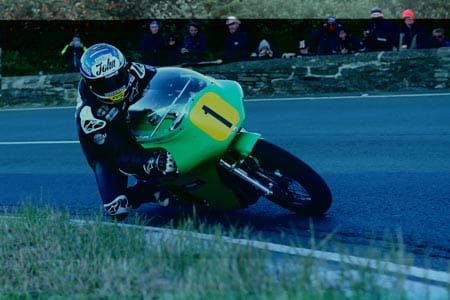 At the start of the second lap, Lougher was given a 30-second time penalty having pulled out of the pits too quickly – knocking him back to eighth position with three laps still to go. Meanwhile at the front of the field, Rutter had taken the lead from Farquhar at Glen Helen and had managed to hold on tight to his advantage going into the third lap – registering an incredible 109.102mph on his G50 Single.

By the same point on lap three, just six seconds were separating Rutter and Farquhar, but problems occurred at Sulby once again and Farquhar was stopped, leaving Rutter with a 22-second advantage on nearest rival, Cooper, at the Ramsey Hairpin. However, more bad luck struck on Mountain Mile – forcing Rutter to retire from the remainder of the race and making way for Cooper, Lougher (+13.9s) and Bruce Anstey (+16.3s). 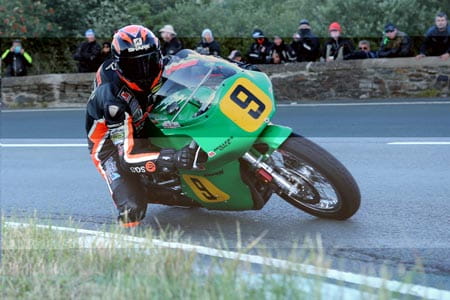 Going into the final lap, Michael Dunlop became another retirement – having previously been running in fourth position. And, despite his 30-second penalty, Lougher had managed to make up significant tarmac on Cooper and had clinched the lead (by 18.515s) at the Ramsey Hairpin. Lougher’s determined performance continued, to see him cross the line in first place from Cooper and Anstey. His superb win adds to an impressive tally of 10 TT and three Manx GP wins.