The dust has hardly settled on the Sulby Straight or anywhere else on the Isle of Man for that matter after the 2014 TT, yet we are only 2 months away from the Classic TT and what a line-up there is already. With 35 TT wins between them, including 7 between them earlier this month, it’s Michael Dunlop, John McGuinness, Gary Johnson and Dean Harrison who lead the entries. 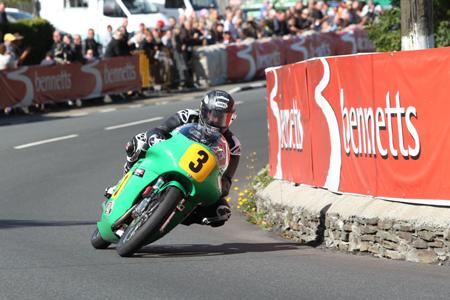 The 2014 Classic TT celebrates the incredible career of the late, great Joey Dunlop, winner of a record 26 TT’s. The organisers have promised a 1980’s theme throughout the whole festival with particular opportunities to don shell suits or double denim during Friday’s Paddock Carnival and the Classic TT Party on Saturday evening.

While qualifying begins on Saturday 16th August, here is the schedule for the Bank Holiday race weekend: 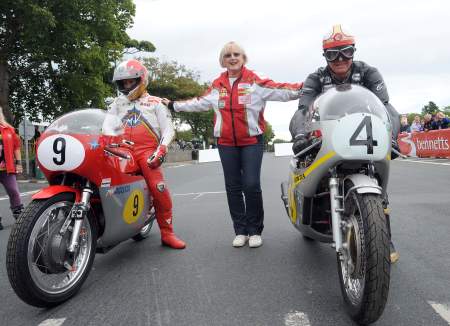 The inaugural Classic TT took place last year with one of the major highlights being the re-enactment of the infamous Giacomo Agostini v. Mike Hailwood race from 1967, although on this occasion the part of the late Hailwood was played by John McGuinness.

And it’s 42-year old McGuinness who’ll be joined by Ryan Farquhar on board the Team Winfield Paton’s in the Bennetts 500cc Classic TT Race as they bid to beat Olie Linsdell’s lap record of 111.660mph set last year during his race win. 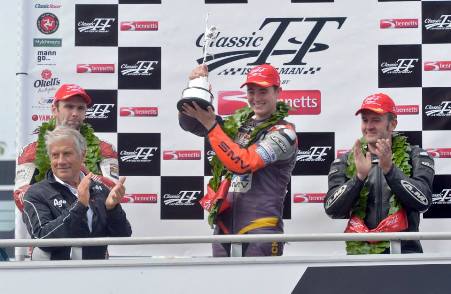 Other top current day names from the TT who will be racing on the 37.73 mile Mountain Circuit once again include:

“The Classic TT was a resounding success last year and we are working hard to make sure than the 2014 event is even better. In the coming weeks we will be making a string of announcements about the racing line up we have been able to attract as well as the exciting plans we have for events away from the Mountain Circuit.”

Tickets for the VIP experiences, Grandstand tickets, Classic TT Heroes Dinner and Classic TT Party tickets can be purchased from www.iomtt.com or by calling 00 44 (0)1624 640000.