Isle of Man TT 2015: Where to watch with John McGuinness

Bike Social-backed John McGuinness has been visiting the Isle of Man TT for over 30 years. For 19 of them, he has been racing it and has notched up a fair tally of 21 victories on the mountain course to see him rank second in the all-time winners list. Who better to ask for advice on where to watch around the 37.73 mile course? 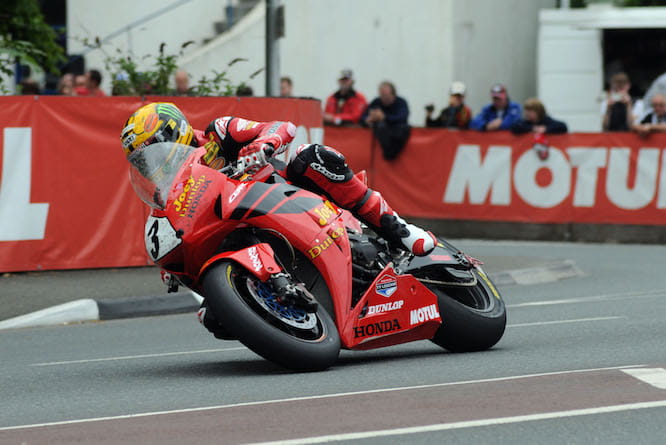 It depends what you want though, slow bits, fast bits, bumpy bits, narrow bits, there’s tonnes of places. You can go to Quarterbridge and have a pint, watch the bikes and see the colours, weird lines and stuff but I wouldn’t personally advise watching at a slow bit. The spectacular bits are the fast bits where the boys are absolutely fully committed, kerb to kerb, hedge to hedge or banking to banking. I’ll look forward to going spectating myself when I’m finished. Somewhere like Gorse Lea is pretty exciting. It depends, if you want to get out there you get stuck but if you’ve got some butties and a flask and some beers or whatever and the weather’s good it doesn’t matter if you get locked in somewhere. Glen Helen, Blackfield, somewhere round there where you can lay in a field and have a kip and watch the bikes but you need to be organised with your kit, you need radios, butties and beer!

The end of the Cronk ny Voddy straight is awesome, the eleventh milestone is awesome, bottom of Bagarrow is immense but I’m not sure you can get down there. I’ve watched there and it blew me away, Ballacrye jump is awesome but I don’t think you can stand there anymore. Loads of awesome vantage points with pubs and access roads to get out if you get fed up. Ballaugh Bridge, Ginger Hall, Sulby Straight. 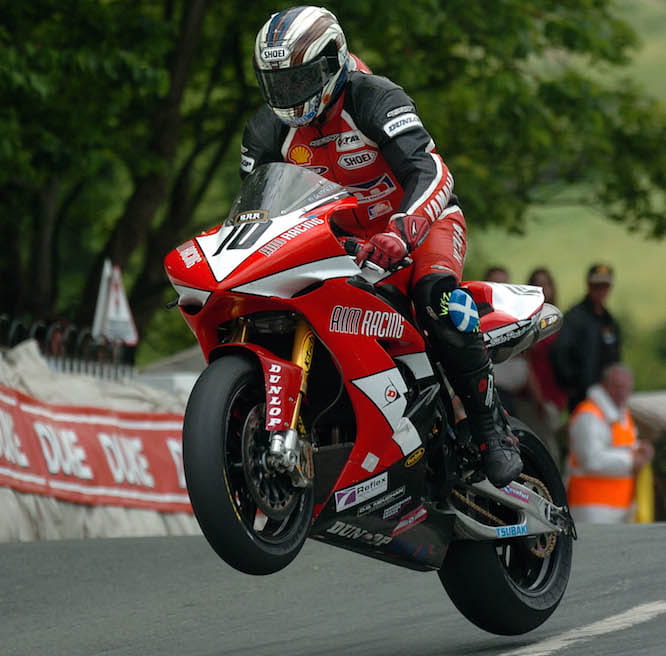 The corner named after me, McGuinness’ is a great corner but nobody watches there as it’s a pain to get to without traipsing through the fields! When I do retire I’m going to go down and get on the back there and see who is on it!

Anywhere on the mountain is spectacular, you get to see the bikes a lot longer. I think you get the atmosphere, you get the helicopter above, you can hear the bikes coming before you see them. If you’re near the Bungalow you can see around the Verandah and over through the Bungalow and up towards Hailwoods rise. You get to see them for a long time but again you need the weather. I can imagine it being a bleak old place up there if it’s wet and cold. 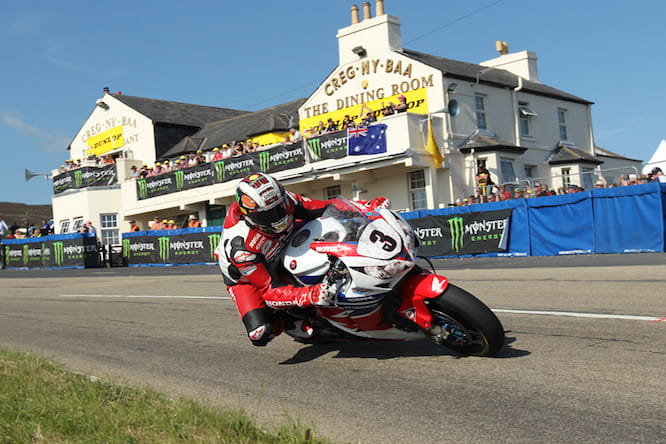 The Conker Trees and the rough section through there is absolutely flat out, full commitment. You cannot be anymore than a foot or so off line or you’re in trouble so that’s a great vantage point.

I’d like to watch somewhere rough and bumpy, where you’re really dancing around with the bike and trying to rodeo style it if you like.

There are always people at Parliament Square, quite a few at Ramsey Hairpin, few people at the Gooseneck – all these are great places. As long as you’ve got a radio and you’re food that’s the ticket.

I’m lucky and sometimes get to sit with the marshals, I’ve watched from the marshal post at Gorsleigh and it blew me away and that was at the Manx Grand Prix not the TT where we’re doing 130mph laps. 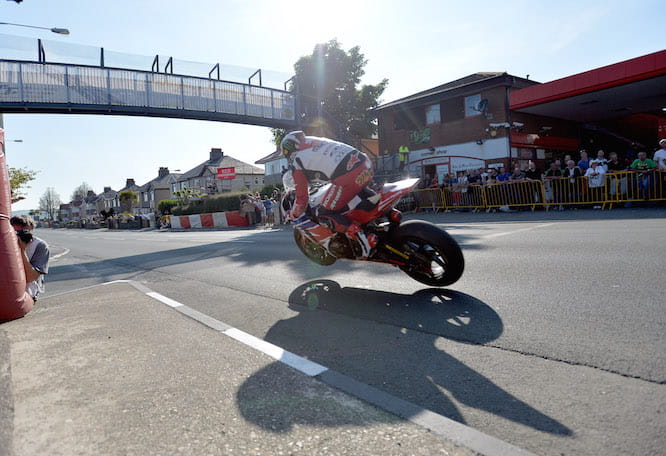 Last year when I didn’t do the second 600 race I jumped on my scooter and went down Bray Hill and watched from Bray Hill. I’ve watched a million times there and it never ceases to amaze me. Bodywork hitting the ground, a bit of a wobble at the bottom and the boys wrestling their way down there.

I’d like to watch on the mountain, I’ve never been up there to watch. The last nineteen years I’ve been in all the races so I never get to see much. I’m sure when I get older and do retire I’ll be sneaking around in a few hedges out of the way trying to find some cool spots to watch but anywhere is cool at the Isle of Man.

Hillbury is a good spot to watch, I’ve been there a few times. It’s quite exciting because they come into view around Brandish and you can hear them accelerating out of view. You can see them going out towards Cronk ny Mona. Anywhere you watch at the Isle of Man will be amazing, it's a fantastic course. 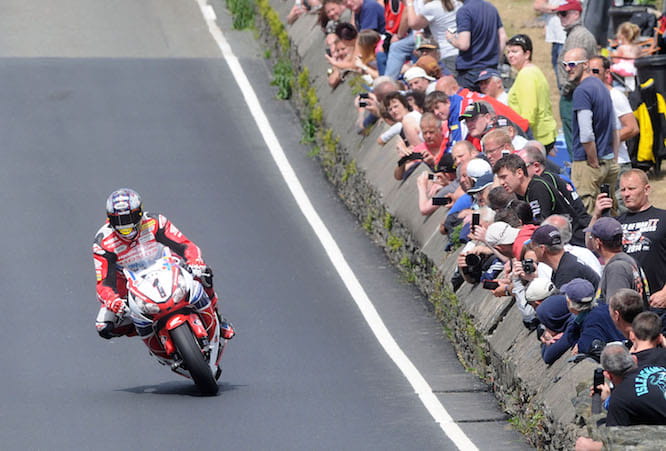