Thousands will flock to the Isle of Man this weekend to witness hundreds of classic race machines blast around the most hallowed stretch of road on the planet.

Yes, it’s time for the Classic TT presented by Bennetts, the event which pays homage to the history of the Isle of Man TT and the machines it’s challenged over the decades. The Classic’s four main race events take place across 37- and three-quarter miles of magic - the Isle of Man TT Mountain course.

And then, as if that weren’t enough, there’s the riders who range from the crème de la crème of road racers to established competitors on the classic scene. This makes for some seriously fierce racing across the Lightweight, Junior, Senior and the Superbike races.

To help the spectating process, we’ve picked out some of the riders who definitely warrant a watch… (in no particular order) 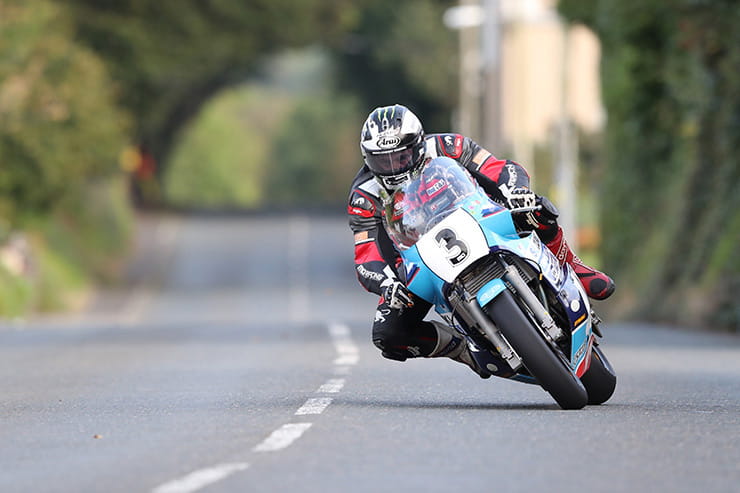 Michael Dunlop returns to the Classic TT this year after a one-year break from the event in 2018. As ever, his presence will dramatically shake-up the line-up from last year’s event and inject some of that fierce Dunlop aggression into the racing.

Despite carrying wrist, pelvis and hip injuries from his Southern 100 crash last month, Dunlop’s appetite for victory knows no bounds, so expect nothing less that thrilling, edge-of-your seat riding from the Ulsterman. Welcome back, Michael.

Michael Dunlop competes in the Classic Superbike event on Monday August 26 at 2.15pm. 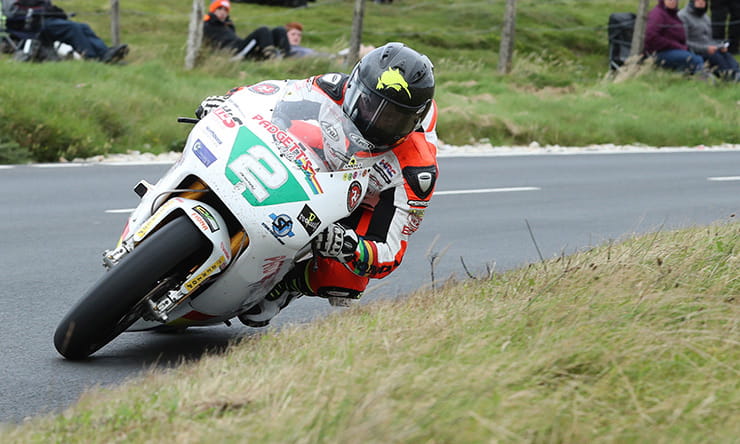 One of the TT’s most loved riders, Bruce Anstey, makes his Classic TT return this year after an illness-related two-year break from road racing.

The laid-back New Zealander - whose ‘horizontal’ zen is such that he once over-slept just before a TT race - has wooed fans for years with his immensely fast, smooth racing.

Already this year, Anstey has blasted the Lightweight practice with the fastest times in the session, proving that his hiatus has not cost him his edge.

Anstey will ride for the family-like Padgett’s Motorcycles - his long-term team - on the RS 250cc Honda.

Bruce Anstey competes in the Lightweight Classic TT on Saturday August 24 at 3pm. 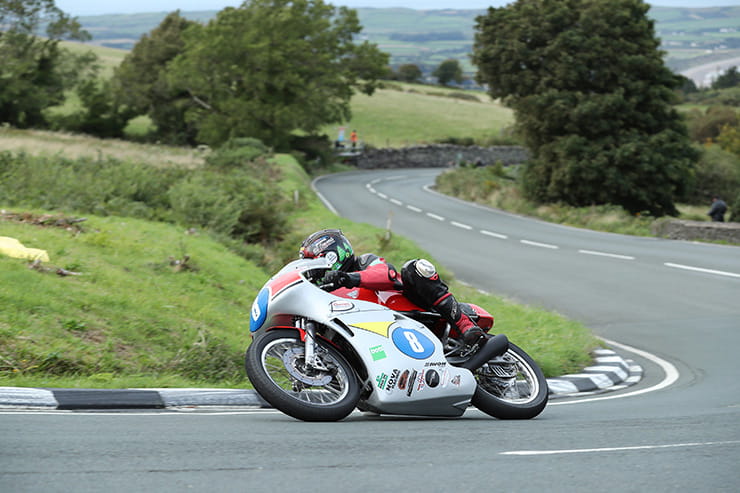 Charismatic Geordie, Dom Herbertson, has proved a serious contender at the Classic TT is recent years; he won the Junior Classic last year, alongside a podium finish the year before.

The 28 year-old has made a huge impact at the Classic TT, the question is whether he’ll repeat his victory this year. One thing is certain, we’ll enjoy watching him fight for it nearly as much as his post-race interview! 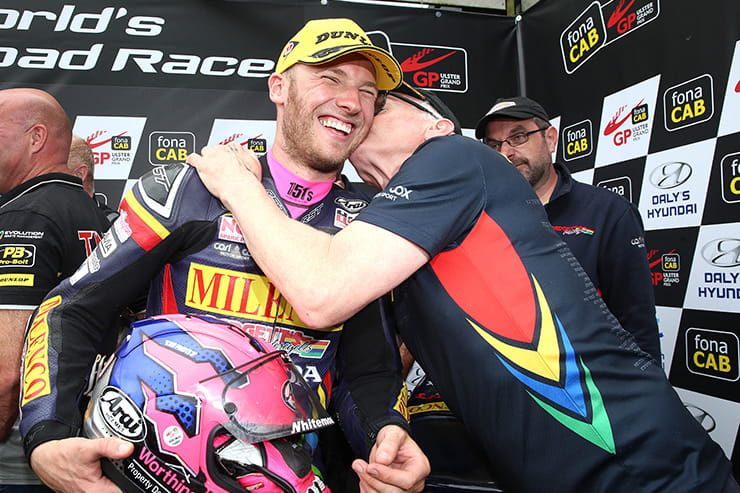 Davey Todd is the blue-eyed baby of the paddock and only made his full road racing debut last year. In spite of this relative inexperience, the Saltburn racer finished ninth in the 2018 Senior TT on his Suzuki GSX-R 1000. As a result of Todd’s staggering performance (especially for TT virgin), he was awarded the TT Newcomers Trophy and the TT Privateers Championship Trophy.

Since then, Todd has attracted such attention that he will compete for one of the most successful TT teams in history at this year’s Classic - Padgett’s Motorcycles. Todd will ride the Padgett’s Milenco 250cc Honda in the Lightweight TT. As well as his Padgett's Lightweight campaign, Todd will also be riding a 500cc Honda in the Bennetts Classic Senior for Service Engineers NZ.

Todd’s relatively new to the classic scene but as machines are more evenly-matched at the Classic TT, compared with modern road race events, there is potential to witness some serious results in Todd this year. Let the true talent shine! 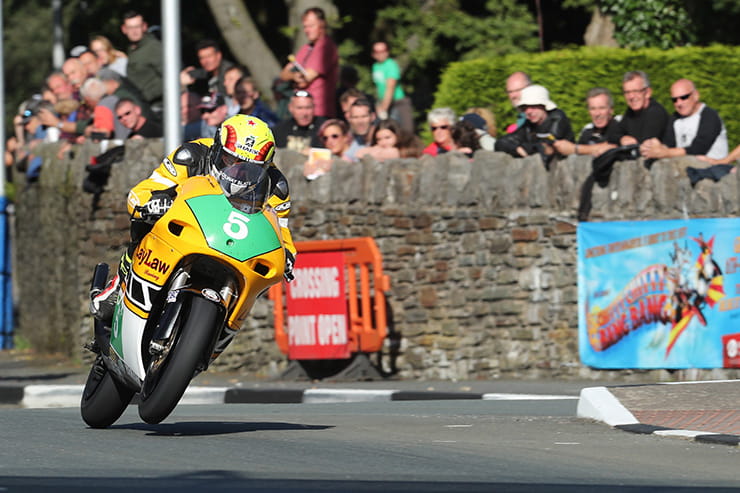 If there’s a veteran of the two stroke machine, it’s Ian Lougher - which makes him, once again, one of the serious contenders for this year’s Lightweight Classic race.

The nine-times TT winning Welshman started his racing career in 1982 on an RD 400 and was soon riding a two stroke TZ 350cc Yamaha. By 1989 Lougher was racing a TZ 250cc in the Ulster GP, which he rode for a number of years.

For the 2019 Classic TT, Lougher will be competing in the Lightweight Classic TT on the 250cc TZ for Laylaw Racing, alongside teammate Dean Harrison. The Lightweight is an event he’s very much looking forward to. He says: “It’s great riding a two stroke around here - they are proper racing machines.”

For the Senior TT, Lougher will compete on John Chapman’s super exotic - and ridiculously valuable - 500cc three-cylinder MV Agusta. “I think they are one of only eleven in the world and are worth about £230,000 but I try not to think about that.” 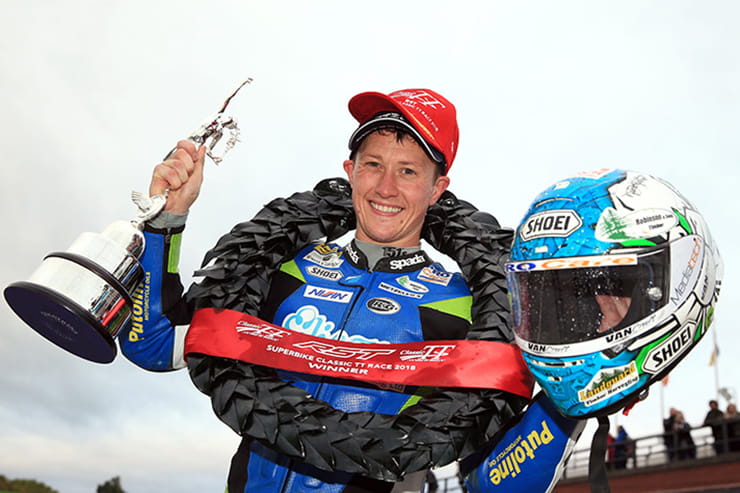 Silicone Engineering Racing’s Dean Harrison is one of the fiercest road racers on the planet. And after winning the 2019 Senior TT the Bradford racer is on even greater form than he was this time last year. Harrison also started his debut full BSB series this year, honing his riding further still.

When on track, Harrison is on pace from the second he sets off. And this applies as much to to classic racing as to the TT in June. Dean has dominated the Classic Superbike class for more than two years - an unbeaten track record owing not just to his riding but also to his seriously competitive ZXR750cc machine.

But that’s not to say it’s a foregone conclusion - Michael Dunlop is back at the Classic after a one-year hiatus and equally hungry for that top step. Watching the two battle it out on the ZXR 750 and 1100cc Suzuki will certainly make for intense spectating.

But that’s not all from Harrison at the Classic TT. He’s also riding the two stroke 250cc TZ alongside teammate Ian Lougher for Laylaw Racing. Here, Dean has much less experience, which will add another dimension to his performance during the Lightweight race.

Harrison will also ride the 500cc Norton for LSS Waste Management. The transition from a four-cylinder ZXR to a single-cylinder featherbed-framed machine will prove testing in itself - a test that will make for interesting watching during the Bennetts Classic Senior race. 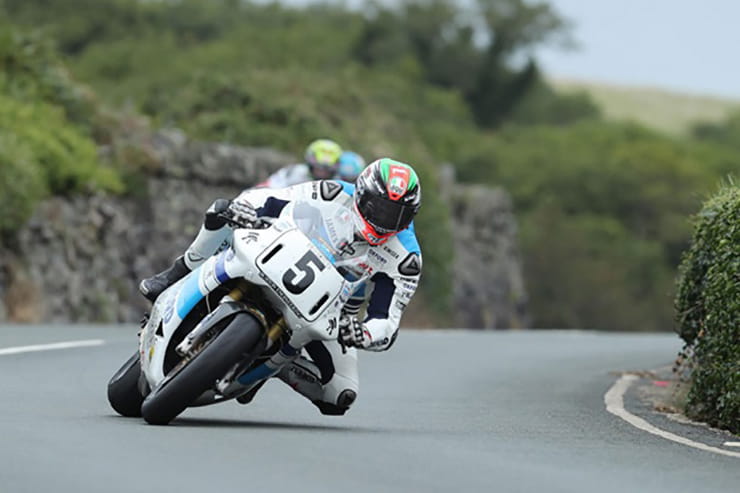 James Hillier is one of the TT’s fastest and smoothest riders. And a strong, versatile racer too. So chances are the 34 year-old CSC Racing rider will be finishing pretty high up in the rankings. Hillier will ride a 500-4 Honda for the Bennetts Senior Classic TT - a relatively small machine compared to his TT machine, the Kawasaki ZX10-RR.

James Hillier competes in the Bennetts Senior Classic TT on Saturday August 24th at 11.30am. 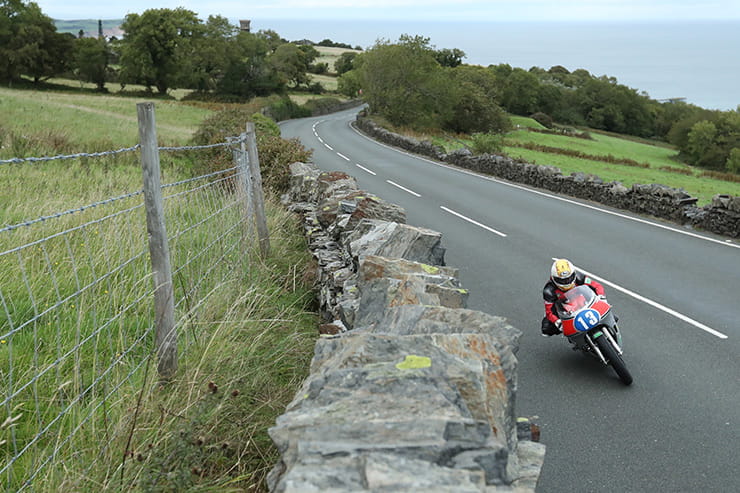 Johnston’s no stranger to the speed around the IOM TT course - he won this year’s shortened Supersport TT and has finished on the TT podium four times. 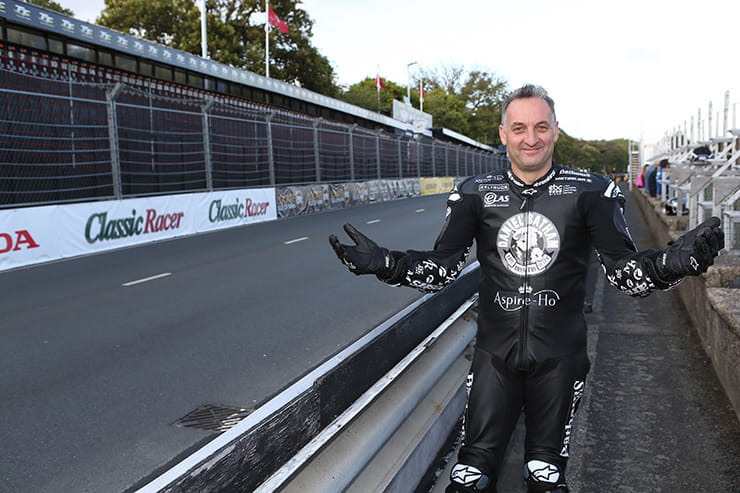 Rutter has a well-documented classic racing pedigree and won the Junior Classic TT in 2017. He’s also a renowned road racer with a whopping 17 TT podiums - and counting. His versatility as a rider, his course knowledge and determination make him a tough one to beat, so any race involving the West Midlands 47-year-old makes for gripping watching. 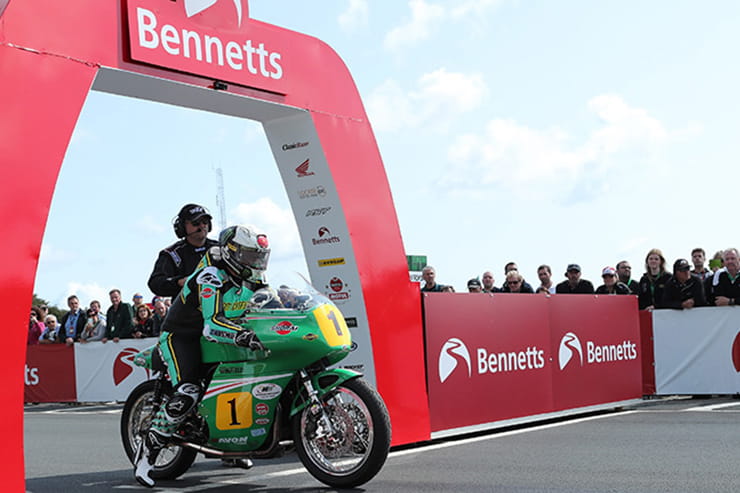 Last but certainly not least is 23-time TT winner John McGuinness, who was described by Ian Martin, Guy Martin’s dad, as a man who “has the TT running through his spine.” If there’s any rider whose spiritual home is on the Isle of Man TT course, on a classic machine, it’s John McGuinness.

This year he’s back on the immaculately prepped 500cc Tim Winfield Paton in the Classic TT.

John McGuinness competes in the Bennetts Senior Classic TT on Saturday August 24th at 11.30am

Don't forget if you're travelling over to the Classic TT this year, that the Isle of Man isn’t part of the UK or the EU – it’s a self-governing British Crown Dependency with its own parliament, government and laws. This means that you don’t get automatic access to free healthcare through your EHIC card, but UK residents can take advantage of a reciprocal emergency healthcare agreement. However, repatriation is not included as part of this agreement, so the Isle of Man government still strongly recommends adequate insurance is in place.

So if you’re travelling to the IoM from the UK or beyond, you still need travel insurance to cover medical emergencies. Your bike insurance will (or should…check your policy) cover damage to your bike or a third party, but your medical needs are not fully covered.