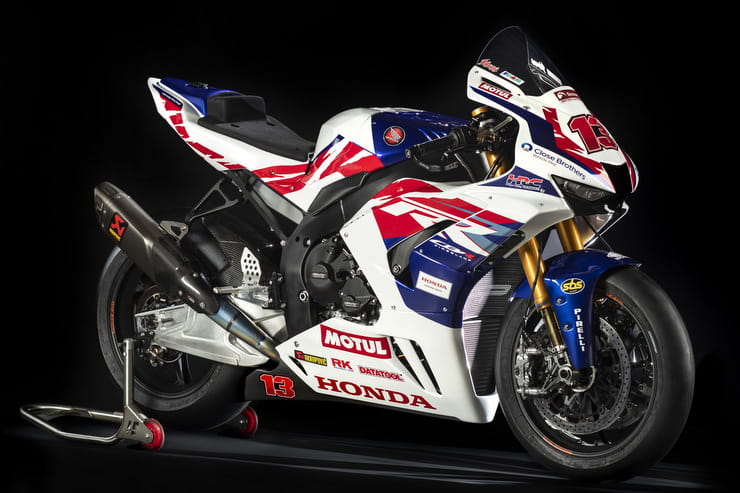 With 2022’s updated Honda Fireblade sporting a host of racing-inspired tweaks and a 30th anniversary edition based on the high-spec SP the firm’s racers will adopt the same look for both the Bennetts British Superbike Championship and their return to road racing at the North West 200 and Isle of Man TT.

Honda Racing UK’s four-rider BSB squad for 2022 adds reigning Superstock champ Tom Neave to its 2021 line-up of Glenn Irwin, Ryo Mizuno and Takumi Takahashi in the Superbike class, and has announced its plans to sit John McGuinness alongside Irwin at the NW200 and IoM TT. Now the 2022-spec Honda Fireblade SPs that they’ll ride have been revealed in their new livery, mirroring the look of this year’s exclusive CBR1000RR-R Fireblade Anniversary Edition with a Tricolour paint scheme that harks back to the original 1992 Blade.

McGuinness’s return to the Honda fold, where he’s been responsible for more than half the Fireblade’s 20 TT wins, will see him aboard a Honda for his remarkable 100th TT start. At the other end of the scale, the event will be Irwin’s first TT attempt. 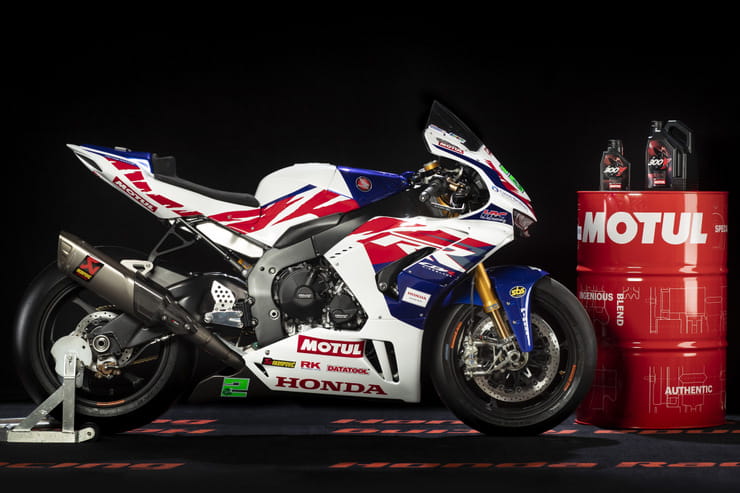 The 2022 livery puts the focus clearly on the classic Hiroaki Tsukui-designed paint scheme of the road-going Fireblade Anniversary, but also marks a new sponsorship deal with Motul, which is working with the team in both BSB and the roads campaign.

The team’s first run in anger will come at the official BSB test at Snetterton on 25-27 March. Honda Racing UK Team Manager Havier Beltran said: “2022 is an exciting season for the team across both BSB and the Roads; we have Tom stepping up into the Superbike class, John back on Honda machinery, Glenn finally making his TT debut, as well as celebrating 30 years of the Fireblade and we’re welcoming Motul as a new sponsor, which is the first time for us in the British Championship. Motul have a great pedigree on the Roads, as well as numerous successes across two-wheel motorsport, and we’re looking forward to getting the season underway and working with the team there.”

Günter Steven, Head of Sales Export Motul Deutschland, adds: “As one of the leading motorbike manufacturers in the United Kingdom, Honda trusts our premium range of high-performance lubricants and motorcycle care products as well as our sales concepts for their dealer network - we are very pleased about this and it is a solid basis on which we will build a successful cooperation. The fact that we also share the same values on top of that, as well as a great commitment to motorsport, offers both of us the perfect basis for a long-term partnership.  We can't wait to merge our collective knowledge and experience in both trade and motorsport to create a great synergy together.”

Honda UK Head of Motorcycles Neil Fletcher echoes that, saying: “We are delighted to announce a new working partnership with Motul this year. They have a wealth of success across many motorsport series around the world and I have been impressed by their passion and professionalism. It’s great to form a new partnership together in such an important and special year as the Fireblade celebrates its 30th Anniversary in both BSB and the Roads. We have a busy few months ahead with testing starting soon, the BSB championship on the near horizon and we can’t wait to head back to Northern Ireland for the NW200 and then quickly on to the TT with Glenn making his first start and John his 100th!”