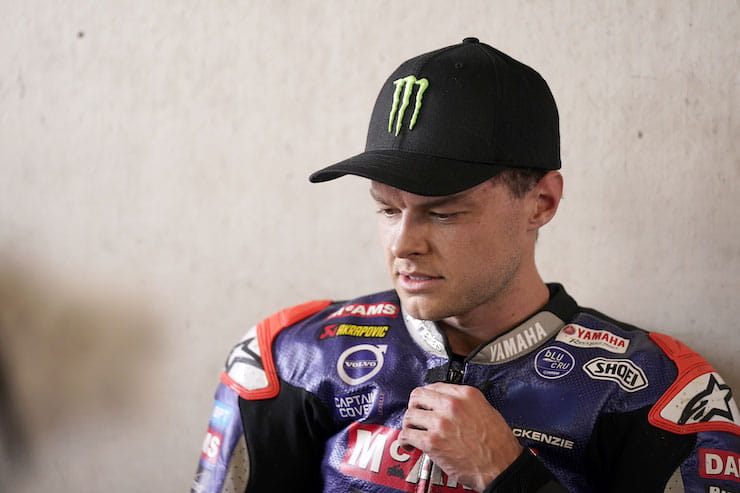 Tarran Mackenzie says he will be inspired by any opportunity to potentially race against WorldSBK Champion Tom Sykes and 2018 British Superbike Champion Leon Haslam as he prepares to defend his own BSB title in 2022.

The McAMS Yamaha rider emulated his triple title-winning father Niall Mackenzie by sweeping to the 2021 BSB Championship with ten wins, a crown he will attempt to hold onto next season after confirming he will remain in the domestic ranks.

The Scotsman was in line for a switch to the WorldSBK Championship next season after preliminary talks with Team Go Eleven. However, when the Italian squad opted against a pivotal switch from Ducati to Yamaha machinery, Mackenzie chose to put his international plans on ice in the hope of sticking with the Iwata marque for a 2023 WorldSBK tilt.

While there have been relatively few notable team changes over the winter thus far, there remains talk that two of the UK’s highest-profile Superbike racers - Sykes and Haslam - will also be on the grid in 2022.

For now neither is confirmed but 26-year old Mackenzie - who will be entering his fifth season both in BSB and with McAMS Yamaha - feels no added pressure brought on by the prospect of having two of his racing heroes lining up alongside him while wearing #1. 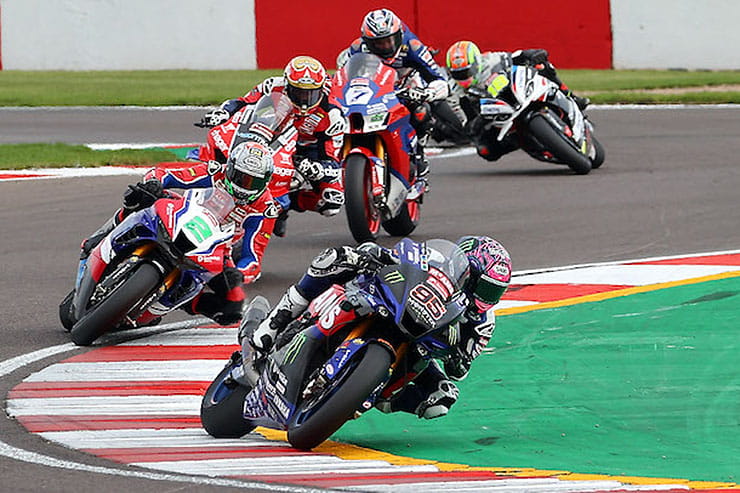 “I don't think it brings any more pressure running number one and coming back as champ,” Mackenzie told Bike Social in an exclusive interview. “There was no other number I was going to use when champion and coming back. It was always going to be number one.

“I don’t feel like there’s any added pressure from that side of things, but having Leon and Tom there just makes it more exciting for me.

“I’ve raced Leon before in 2018 - my first year in BSB. I’ve never raced against Tom, but these are the riders I grew up watching in WorldSBK around 2010 and 2011 and aspired to be them. Then Tom was winning and Leon was still strong in WorldSBK, so these are the people I wanted to be.

“To get to race them [would be] quite cool, if they do come back. I think it will just make the whole championship more exciting.”

Indeed, Mackenzie suggests rather it will be Sykes and Haslam who’d feel the pressure of coming in against a high quality field that includes the likes of O’Halloran, Bridewell and Iddon, plus OMG Racing’s Bradley Ray and Kyle Ryde, who will make use of his own title-winning Yamaha R1 next season.

“Forgetting those two, with the likes of Tommy Bridewell, Jason, Christian… I’m forgetting a lot of names here because there are a lot of riders that can challenge for wins and podiums.

“You see Kyle [Ryde] and Brad [Ray] who are two good friends of mine that are now on our old bikes that will be very competitive.

“Forgetting Tom and Leon, it’s going to be difficult anyway. It’s going to be challenging to come back and try and defend the title anyway with those guys. So, to throw two riders like Tom and Leon into the mix just makes it a bit more spicy.” 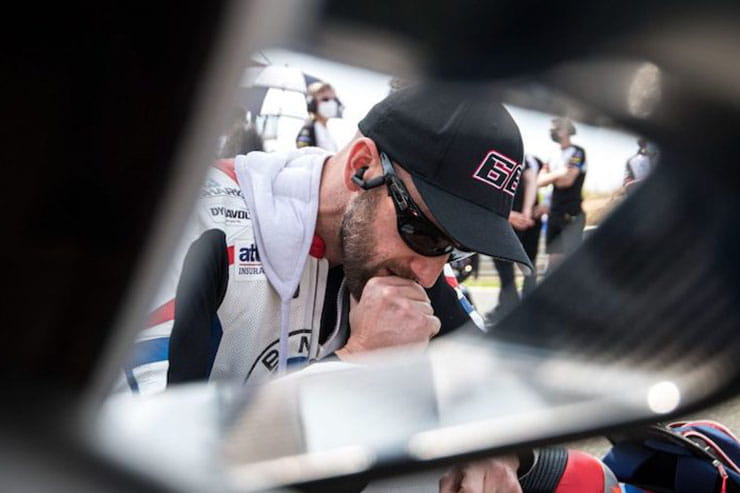 Where will Tom Sykes and Leon Haslam ride during the 2022 BSB season?

To date, neither Sykes nor Haslam have confirmed rides for next season but Sykes - who won the 2013 WorldSBK title with the Kawasaki Racing Team - is reportedly being courted for a spot at VisionTrack Ducati.

Such a deal would see Sykes reunite with Paul Bird Motorsport, for whom he raced in WorldSBK in 2010 and 2011 when it ran the factory Kawasaki effort, with talk the outfit will expand to run three Ducati Panigale V4 Rs in order to accommodate the Briton alongside Josh Brookes and Christian Iddon.

That said, he is also understood to be mulling a potential switch to the USA-based MotoAmerica series too aboard the factory HSBK Ducati. However, the outcome of this is dependent on whether Ducati’s first choice - ex-MotoGP rider Danilo Petrucci - decides whether to pursue Superbikes or continue his burgeoning rally-raiding career following his 2022 Dakar Rally debut.

Dominant champion in 2018 with the works-backed GBmoto-run JG Speedfit Kawasaki team, Haslam was originally tipped to be part of the Honda’s four-man factory squad for 2022 before it confirmed it would retain Glenn Irwin, Ryo Mizuno and Takumi Takahashi, and add its Superstock 1000 title-winning protege Tom Neave.

Despite this, it is believed Haslam - who has raced with Honda, Suzuki, BMW, Aprilia and Kawasaki on the WorldSBK stage - has penned a competitive deal with a race-winning BSB team for 2022…