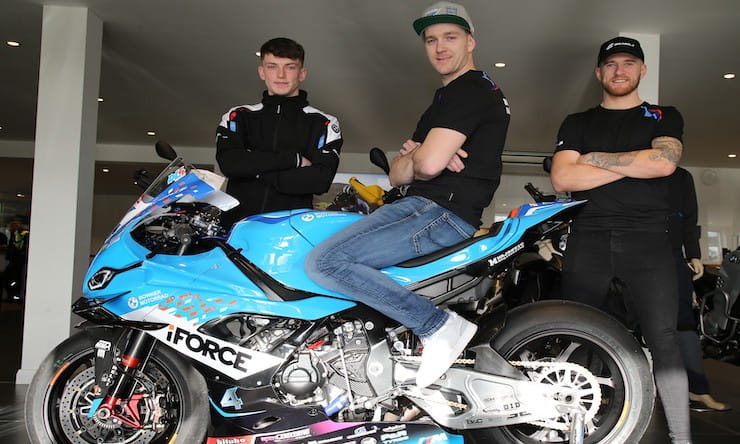 The rebranded iForce BMW team has announced an all-new and expanded rider line-up for the 2022 Bennetts British Superbike Championship (BSB) with the signings of Dan Linfoot, Fraser Rogers and Dan Jones.

A veritable stalwart of BSB having made its debut back in 2001, iForce BMW - also known as PR Racing - embarks on an ambitious growth strategy for its 21st season in the series with the addition of a third BMW M 1000 RR.

Heading up the trio will be experienced BSB race winner Dan Linfoot, who makes the switch to the iForce team after three seasons with TAG Racing. One of the most experienced riders on the grid having amassed 248 BSB starts since his debut in 2009, ex-Honda factory rider Linfoot is looking forward to getting his hands on BMW machinery for the first time.

“I have never ridden the BMW M 1000 RR before and am looking forward to developing the bike and showing the bigger teams our rear wheel,” Linfoot said.

“I definitely want to be aiming for a regular top ten finish and then a top eight.  Obviously, I would like to push for the Showdown, I have been there three times before, so I know what is needed to get us there.”

Former WorldSSP rider Rogers makes his BSB debut after a successful stint in the Superstock 1000 Championship concluded with a run to fourth aboard an Aprilia in the overall standings in 2021.

“My aim is to push from the off and consistently finish in the points; if we get the balance right, I want to be as close to the Showdown as possible.

“I would like to thank iForce BMW for this opportunity to show what I can do on the big stage, and you can be assured I will give it everything.”

A front runner in the British GP2 Championship, Jones was originally slated to represent the team in Superstock 1000 but was promoted to the BSB line-up after impressing in testing.

“Racing in BSB is just one of my goals and it feels great to have got here. 2022 will be a massive learning curve, one I can't wait to get my teeth into.” 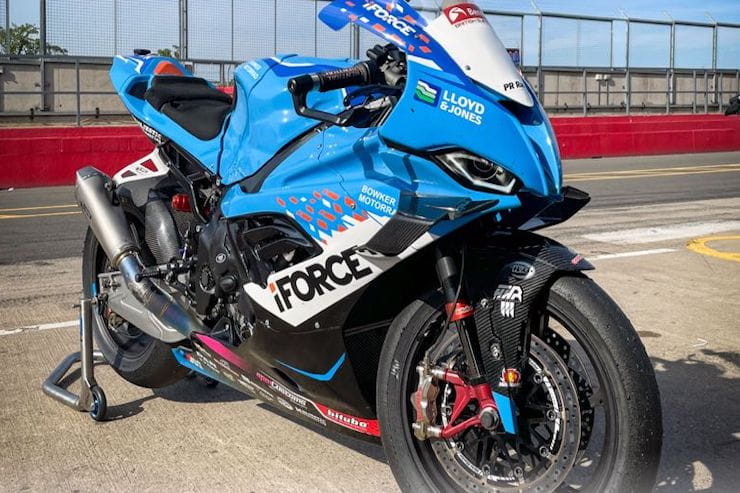 After a tough 2021 BSB season overshadowed by the accident that left its rider Brad Jones in hospital for seven weeks with a serious head injury, iForce BMW boss Julian Mosquera is delighted to form a line-up that blends both experience and burgeoning talent.

“To have secured a rider with such a high pedigree as Dan Linfoot is great for the team. He has proven he can be a force to be reckoned with and with the package we are putting together, Dan should have a great season and take the team to the next level.

“We have been speaking to Fraser for several years and his success in last year’s Superstock Championship is a clear indication that he means business. He will make an exciting addition to our line-up.

“After taking DJ out to test in Spain and seeing his performance, we decided to skip his year in Superstock and get him straight into Superbike. With his raw pace and clean riding style he should do well.

“We must recognise all our sponsors who help us realise the team strategy, and especially iForce who are making a big impact, along with Lloyd & Jones who have partnered the team from the very early days as we started this journey.”