2022 Bennetts BSB | Six riders to watch out for 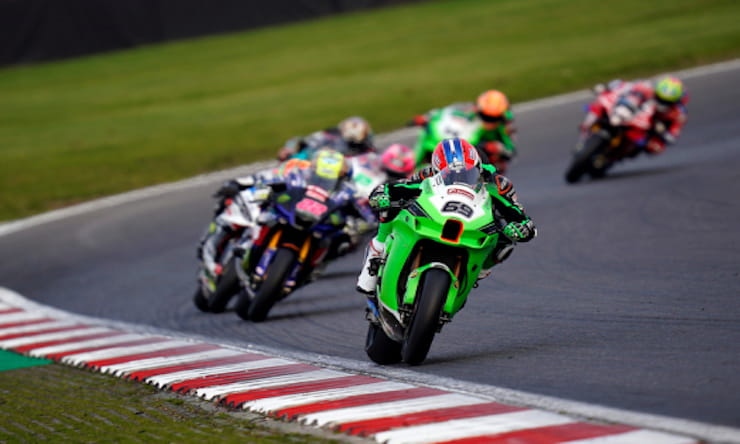 The countdown to the 2022 Bennetts British Superbike Championship is well and truly underway with little more than a month to go now before a bulging grid of riders take to the start line at Silverstone.

With 34 riders certainly fulfilling the brief for ‘quantity’, there is a strong argument that it retains ‘quality’ too with 20 teams, 15 race winners and three BSB champions providing some serious strength in depth.

But who are the riders to watch coming into the 2022 BSB season? Of course, the likes of defending champion Tarran Mackenzie, Josh Brookes, Tommy Bridewell and Peter Hickman need no introduction, so we have delved a bit deeper into the entry list to highlight six riders (+ 1) we think could spring a surprise in 2022…

Not only is Rory Skinner - who is preparing for his second season of BSB with the Kawasaki UK supported FS-3 Racing team - considered one of the series’ brightest young talents, he is being tipped for stardom on the international stage too having courted wide-ranging attention with his results in the junior ranks.

A British Talent Cup champion and race winner in the ultra-competitive Red Bull Rookies Cup, while circumstances have syphoned Skinner, a former Bennetts-supported rider in the early years of his racing career, towards competing domestically, his extraordinarily dominant performance in the 2020 British Supersport Championship and podium-winning results in his rookie campaign of BSB in 2021 prove his star on the ascendency.

Looking to follow in the wheel-tracks of Jake Dixon by using BSB as a springboard into Moto2, for 2022 Skinner - still only 20-years old - will be looking to make a step into the upper echelons of the hierarchy on the Kawasaki ZX-10RR.

At the very least it will be an achievement for him to crack the Top 8 for the Title Showdown, a berth Kawasaki notably failed to achieve in 2021. 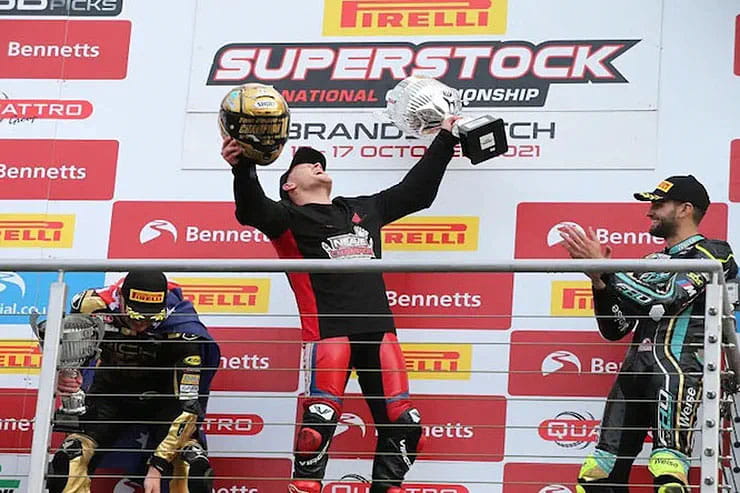 One of a handful of rookies to be debuting on the BSB grid in 2022, Tom Neave is arguably the most exciting of the fresh-faced contingent.

He will certainly have the highest-profile steed beneath him having been promoted to a full BSB ride by Honda Racing after landing the manufacturer its title success in the 2021 Superstock Championship.

Coming four years after a surprise call up by Honda to stand in for Dan Linfoot on the previous generation Fireblade convinced Havier Beltran to take Neave under its wing full-time, the Lincolnshire man will certainly be looking to repay their faith in him. 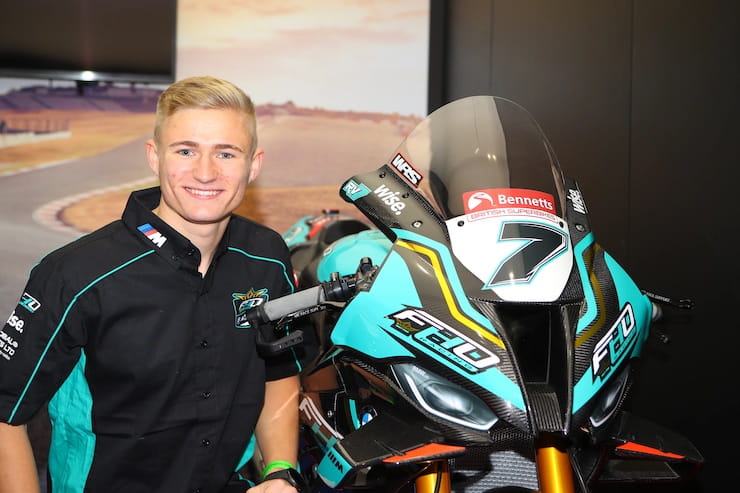 Having made headlines back in 2019 when he was hauled all the way up from Superstock 600 to the BSB class to ride the Lee Hardy Racing Kawasaki ZX-10RR vacated by 2018 runner-up Jake Dixon, Ryan Vickers heads to pastures new for 2022 with a berth at FHO Racing.

Though quicker in terms of pure pace than many expected during his steep learning curve of a rookie season, alas Vickers’ frequency of crashes ultimately betrayed his experience at this high level.

It is a reputation that has continued to dog him in 2020 and 2021 with a number of strong results going wanting from good positions, notably his last lap spill at Thruxton while in contention for his first podium and crashing moments after starting from his first pole position at Donington Park.

However, a change of scenery and machinery - the BMW M 1000 RR - for the 2022 BSB season might prove just the tonic for him to pull it all together for a strong campaign. At the very least he’ll have an expert mentor in Peter Hickman alongside him in the garage. 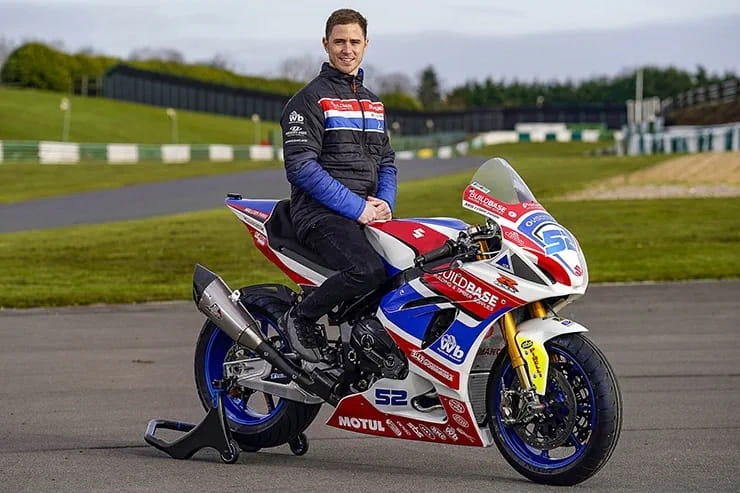 While his career has taken a few twists and turns since he became the first British rider in 38 years to clinch a Grand Prix World Championship title with his 2015 Moto3 success, Danny Kent’s at times arduous route back to the upper reaches of motorcycle racing looks set to hit its stride in 2022.

Making his BSB debut in 2021 with the Buildbase Suzuki team, Kent seemed to be finding his groove on the Suzuki GSX-R1000 mid-season - leading to a maiden podium at Thruxton - only to have his season curtailed just a week later with a hip-injuring fall at Donington Park.

Now back to full fitness, Kent will look to continue where he left off for 2022 with the same Hawk Racing effort, no doubt hoping for more of the ageing Gixxer’s intermittent surge of good performance and less of the iffy reliability issues… 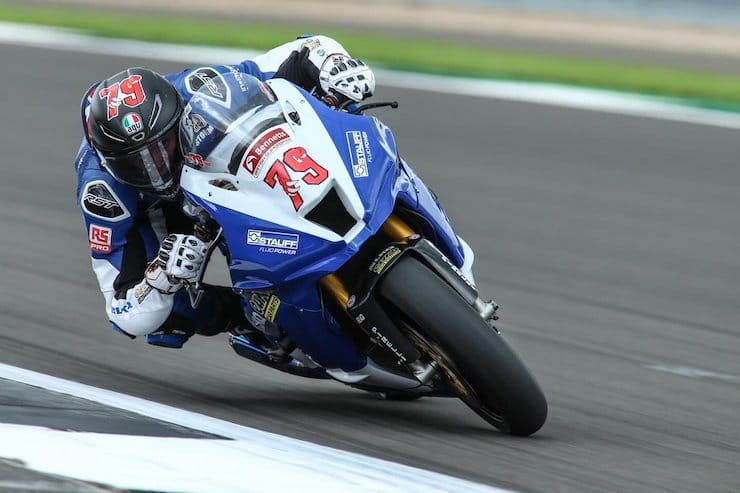 In a field with such depth, picking six riders to really stand out is no easy task and, frankly, there are at least a half dozen more that would qualify to be included here.

However, we’re going to stick our necks out a bit and highlight Storm Stacey as a rider who could make an impression in 2022. Already his third season in BSB despite his 18-years of age (soon to be 19), Stacey will stick with the Team LKQ Euro Car Parts (nee GR Motorsport) aboard a privateer Kawasaki ZX-10RR.

Another to be given the eye-opening chance to swap Superstock 600 for a full fat BSB ride in 2020, Stacey has acquitted himself well during those two seasons and made solid progress in a modestly sized team.

However, when he has been able to demonstrate his evident skillset, he has grabbed the opportunity with both hands, notably his top six finish in the wet at Donington Park - a result that earned him a front row start for the second race - and gumption in turning that into an early lead in race two. If he can harness more of that giant-killing burst of speed, Stacey should make another notable step in 2022. 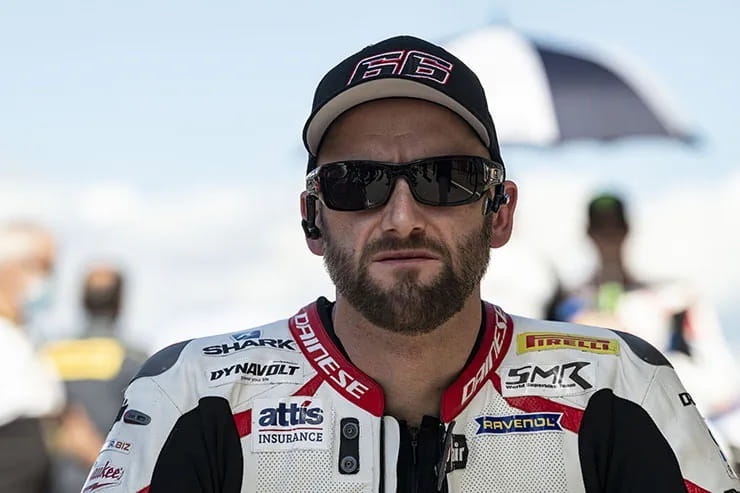 While he stands out in this list as not exactly being young or having experience to grow into, there is no denying Tom Sykes will court an immense amount of attention when he returns to the BSB in 2022.

A lot has happened in the Yorkshireman’s career since he bid farewell to the BSB at the start of his career in the late-2000s, Sykes going on to establish himself as one of the most decorated Superbike racers of all-time with his 2013 WorldSBK title win with Kawasaki being complemented by 34 wins, 114 podiums and a record-breaking 51 Superpoles on the world stage.

A rider still capable of strong results at the highest levels, Sykes nonetheless an awkward status for his BSB comeback as a rider who will expect - and be expected - to mount a challenge for the title given his profile, but at the same time can’t expect to find his feet straight away on foreign electronics-free machinery around gnarlier circuits he hasn’t raced on for more than a decade.

However, like 2018 champion Leon Haslam - who certainly returned to BSB from WorldSBK a more rounded rider - Sykes is a quality racer on quality Paul Bird Motorsport-prepared Ducati Panigale V4 R machinery, so how can you not tip him for the title? 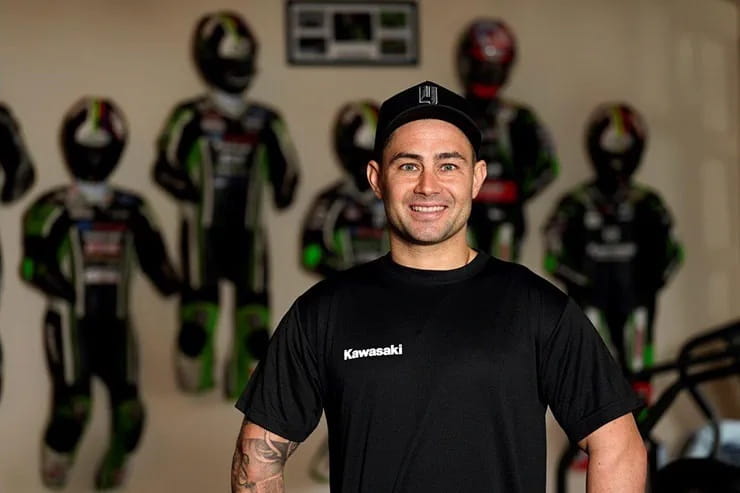 If we’re going to include Sykes here, then it is perhaps only fair that we highlight the other British rider beating a path from WorldSBK to BSB in Leon Haslam.

The dominant champion of 2018, it may have taken a few attempts for the ultra-experienced racer to secure that elusive trophy, but his status as a perennial front-runner in the series during various stints since 2005 makes him a de facto title contender regardless of the machinery.

Which is just as well because Haslam has gone somewhat leftfield for his latest BSB comeback, hooking up with Lee Hardy Racing to ride the VisionTrack-backed Kawasaki ZX-10RR.

Though a one-man ‘private’ effort, Haslam’s presence and close relationship with Kawasaki UK should ensure he is looked after when it comes to works’ backing, support that could make the difference for him against more ‘official’ rival teams.

Besides, Haslam has seen exactly what Lee Hardy Racing can achieve in a condensed capacity having been run closest for his 2018 title by the team under the steer of Jake Dixon…

Countdown to the first official test

The on-track action begins with the first official test at Snetterton 26th – 27th March, and BikeSocial members can enjoy a discounted tickets for just £10 at the Snetterton test, as well as the Oulton Park and Donington Park tests too!